A Casa Portuguesa: Slice of Portuguese Heaven in Barcelona

We love small businesses! We adore family run establishments that envelope you in their struggles, triumphs, heartbreaks and joy. It’s a rarity in a world being swallowed up by big chain conglomerates, and one that I’m thankful for everyday as I walk the streets of Barcelona, washed in a sea of small tiendas.

Mind you, A Casa Portuguesa is not family run, nor is it struggling, really. It is, however, a small Portuguese wine and food shop tucked in Barrio Gracia on the famed street of Calle Verdi. A narrow lane covered in thick green foliage, Calle Verdi is an homage to highly specialized restaurants and shops, for which A Casa Portuguesa has proudly supported for well over a half decade.

The shop is quaint and inviting with dark hardwood floors and exposed brick walls, highlighted by brushed metal and white wood fixtures. Fusion and downtempo music flow through shelves of Portuguese wine ranging from the traditional cherry liquor called, Ginja, to bold and renowned reds from the Alentejo. Wines by the glass are available, as are a wide variety of locally sourced cheeses, cured meats and incredible pastries. Featuring live music, book readings and art and photography exhibitions, it’s a slice of Portuguese heaven deep within Barcelona.

A Casa Portuguesa was opened on the 18th of September, 2006, by 5 Portuguese friends who had collaborated on several cultural projects in Portugal. Two of the five, Pedro Ramos and Leonor Castro, were living in Barcelona at the time, and were keen to create a space that was devoted exclusively to Portuguese wine, food and culture. Emidio Freire, Jorge Penha and Nelson Fernandes agreed to the concept and came aboard as investors, which eventually changed to a more hand’s on experience when they moved to Barcelona shortly thereafter. 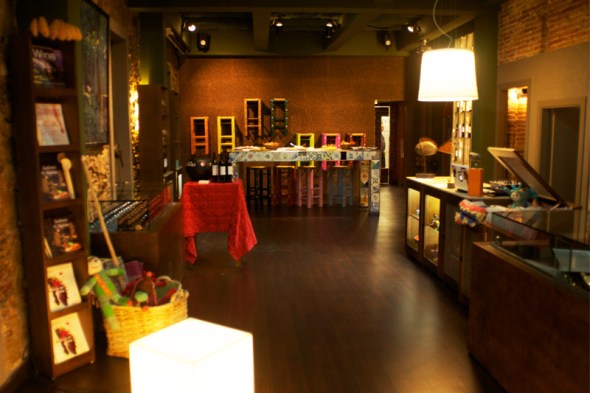 But this is where the story gets intriguing, by early 2011, they chose to open up a second shop right around the corner called by the same name, but with the unofficial addition of Oro at the end. Hence, there’s A Casa Portuguesa Verdi and A Casa Portuguesa Oro, the second one marketing itself as a tasting room, but this wasn’t their original intention. With the overflow of catering and food orders from their Verdi location, the 5 partners sought out a space to expand their kitchen. However, Gracia forbids any space used exclusively as an industrial kitchen, which this would be defined as; hence, they were obligated to use the rest of space for something else. Unfortunately that “something else” couldn’t be a space for degustaciones because it’s forbidden to open a bar or restaurant with table service if it’s less than 25 meters from another in the “Red Zone” of Gracia, so they did the next best thing, innovate!

“For us, both of the places are conceptual shops where you can buy everything to either taste in an unconventional ambience, or take away to experience in a location of your choice. This is also why it is so hard for us to fit in the normal clasification of a business for the local government” -Pedro Ramos 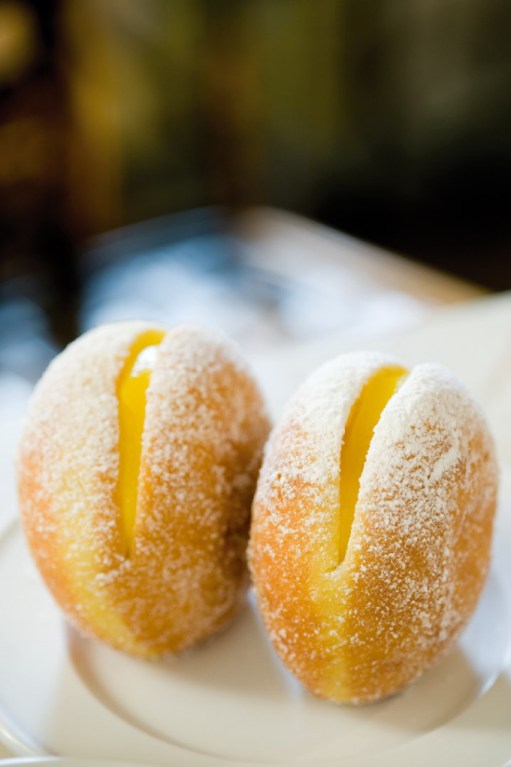 Staying in the traditional style of the barrio, they’ve designed another niche space to host exclusive tastings on Wednesdays with key enologists or winery owners that they represent in Spain, or happen to be passing through from Portugal. On other nights, they offer free tapas with any glass of wine – whereby, sidestepping the licensing issues, and crafting a cozy attractive space to simply, hang out. And what about that stunning table in the back with Portuguese tile, and those hand-painted Alentejano stools? This is where groups of 10 or more can take a customized wine course! I’m personally thinking this would be a killer location to host a birthday party complete with “Porco Alentejano”, but that’s just me.

If you happen to be in Barcelona, swing by and check in out, as there are far and few places to find Portuguese wine anywhere in the near vicinity. I’d suggest going to their website, but it’s a bit of a Flash nightmare, which is a little unfortunate because they’re about to launch their online store consisting of everything from olive oil to some of their 200+ references of Portuguese wine. Maybe a flash free site can be added to their “honey do” list 🙂

In the meantime, head over to their Facebook page for more info and any questions you may have. And remember, their Calle Verdi location is first come, first serve. So if you’re keen to get a seat, don’t wait until 10pm at night, swing by for lunch or for an early evening cheese and wine course. You won’t be disappointed.