A Lil’ Southern Hospitality and a Lot of Salt in Alcácer do Sal, Alentejo, Portugal 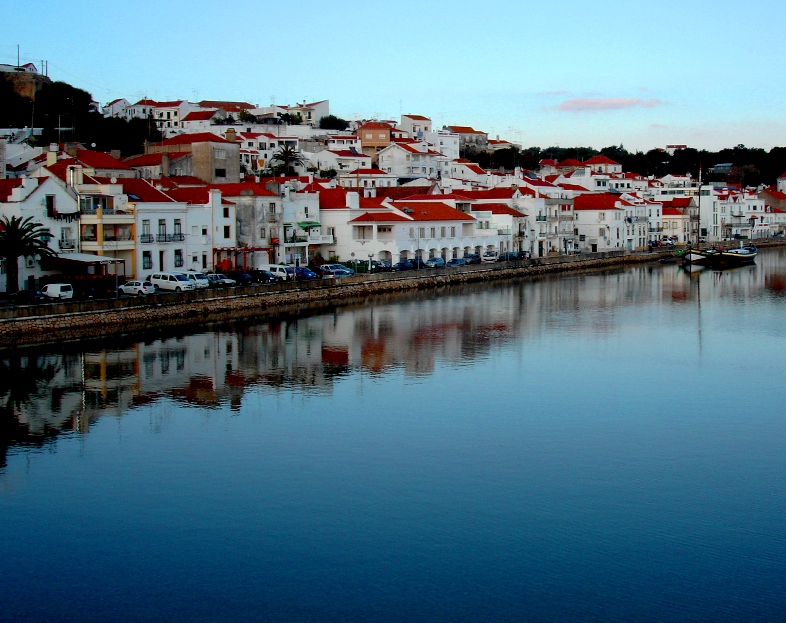 Last month, after a long stint of not venturing south in Portugal for quite some time, we decided to visit a little city in the Alentejo called, Alcácer do Sal. If you take the country road IP-1 south of Lisbon for an hour and a half, you will pass beautiful stone pine forests and houses with chimneys topped with stork nests – two iconic symbols of the region. Eventually, you’ll encounter an ancient city situated along the Sado River, surrounded by a small hill with a historical castle atop overlooking rice fields, rolling pastures and forests in the horizon.

Alcácer do Sal has an interesting story behind its name. Derived from the Arabic Al Qasr (the castle) from when the city was under the Abu Denis rule (also known as Qasr Abi Danis = “Castle of Denis”) following the victory over Muladi rebels during the Ummayad Caliphate occupation of the Iberian Peninsula. Sal comes from its classical Roman name Salatia, when it was an important route during the Iberian salt trade by way of its unique geo-strategic location. It was the only Imperial city in the region at the time, known as Salatia Urbs Imperatoria. Nowadays, the city may not be as grandiose as its imperial history, but still boasts a very nice Pousada, from which the castle was transformed into, along with an interesting museum documenting the city since the Iron Age.

Walking along the river, we chose a quaint little restaurant for lunch with an enclosed patio for a sunny but cold winter day.Â  Greeted by a young female server as we crossed the entry, I immediately recognized the distinguishable Alentejano accent or “southern” drawl in her voice. Warm and friendly throughout our meal, she was a pleasant change from the stiffer Lisbon servers who are always in a rush and rarely at your table. She reminded me of a waitress you would find at a home-style country restaurant somewhere in the Deep South of the States, flashing a warm smile and sing song lush voice. 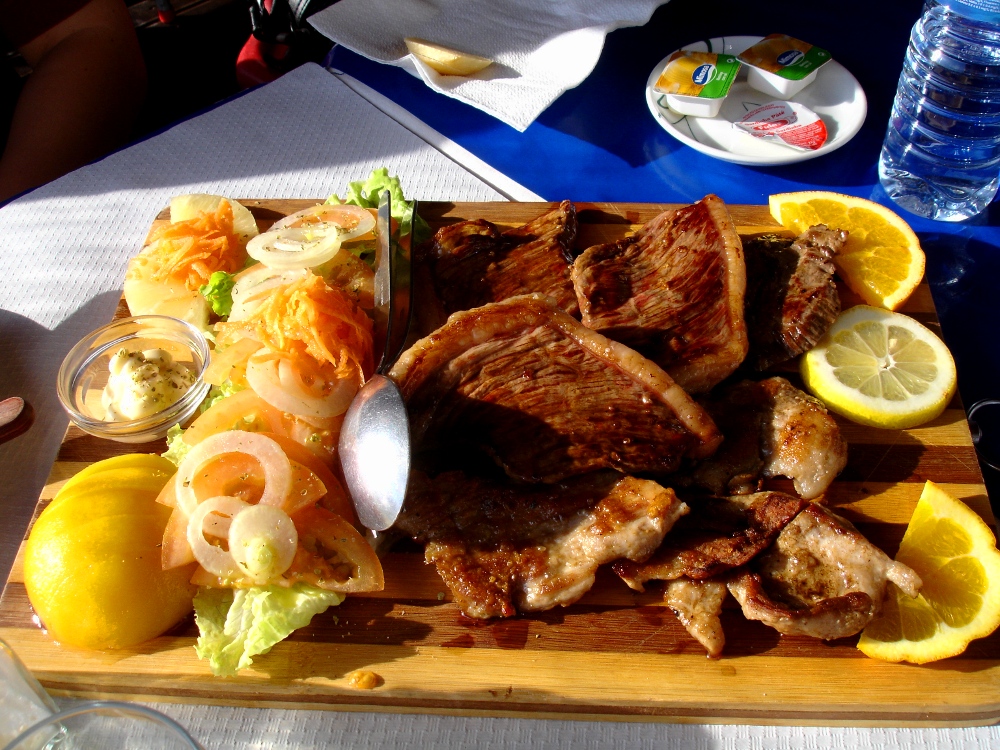 Our entradas, or appetizers, were also a little different from what you find in the north. Here we enjoyed, along with the usual bread and olives, some queijo fresco (fresh cheese) and orelhas de porco fritas– yup, deep fried pig’s ears! Laughing to myself, I thought this must be Alentejo’s version of “cracklins” or chicharrones. Chewy with a strong, salty barnyard flavor, it’s an acquired taste that I suggest everyone try at least once.

Being in the region of the Alentejo – renown for its meat, my appetite was ready to savor some juicy steak with a good tinto Alentejano. We ordered the restaurant’s special “Mista de Carnes”, or mixed meat carving board, of well-salted beef and pork, accompanied by a salad and fruit, herbed mayonnaise and citrus slices to delicately squeeze over the meat. Choosing a reasonably priced red from their list, the 2007 Vila das Gamas Vidigueira made from a mix of Alfrocheiro, Aragones (Tempranillo), Castelão and Trincadeira varieties, I was pleased to find the wine perfectly matched the bottle’s description: “smooth with a dark red color and an aroma of red berry jam with hints of vanilla”. The finish was smooth and lingering, and savored throughout dessert with a big slice of caramel-walnut cake topped with meringue that just seemed to make this wine even tastier!

Having enjoyed a lovely meal, we sauntered out of the restaurant and into the sun drenched town, providing the excuse for a nice, relaxing walk around its historical corners. For a place off the beaten path, a day spent in Alcácer do Sal surely won my heart in all its southern charm.

To some salty goodness,