A Snapshot of Tempranillo Producers in Oregon and California 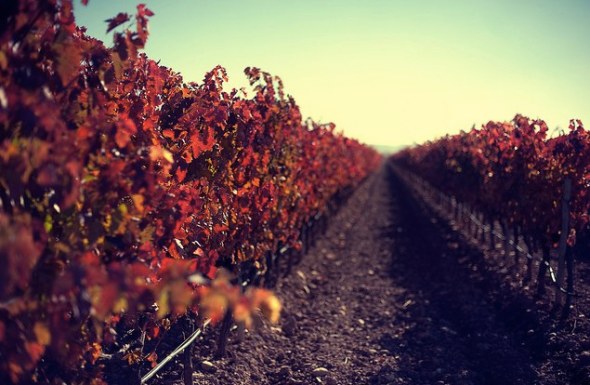 Tempranillo is by far not the most grown grape in California and Oregon, but with a few dedicated producers it will at least be noticed. Let’s celebrate Tempranillo Day on November 8th for those dedicated few who have taken the time and energy to create something amazing from this little “foreign” grape.

Abacela is the brain child of Earl Jones, and when I asked him why Tempranillo in Oregon, he started to laugh and said, “I get asked that question a lot.” Basically, while learning about wine, Tempranillo was the grape he enjoyed most with food. So much so that he searched out an area similar enough to that of Spain.

Now, I don’t claim to know a lot about our beautiful northern neighboring state, but I am quite sure about one thing. Oregon is wet, a lot wetter than California. And if Oregon is wet, it’s perhaps not the best suited climate for Tempranillo. However, what I didn’t know about, before trying this wine, was the anomaly in Oregon, that is Roseburg.

Roseburg is a town about 1/3 of the way up Oregon. It sits on the more southerly end of the Umqua Valley AVA, and for whatever reasons God intended, has a very similar climate to Ribera del Duero, mostly due to the orographic barrier surrounding the AVA, therefore a lot less rain affects this region compared to the rest of the state.

It’s not just Oregon that’s making exciting wine with Tempranillo, California too is having a good crack. In 2011 there was over 900 acres of Tempranillo planted in the state, a steady almost exponential growth of acreage compared to the previous years.

In Lake County, for instance, located north west of Napa. the winery Six Sigma Ranch, is pushing Tempranillo forward as their flagship wine. When the vineyards were first planted about 12 years ago, they were trying to figure out what would work best, so equal parts of all the major grape varieties were planted. It was realized, relatively quickly, that Tempranillo performed the best, over Bordeaux, Burgundy and the Rhône varieties. Matt Hughes, head winemaker, finds it’s very suitable to the area; he feels the wine has an intense tannic structure, due partly volcanic soils and elevation, the grapes are grown at about 1700 feet about sea level. In fact, suitability to California, is a term I came across repeatedly when talking to different wine makers. It seems that a lot of producers are happy with the shorter ripening period of Tempranillo. 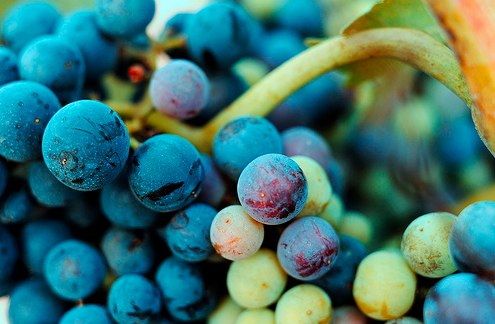 Cruising quite a bit further south in Santa Barbara County, the climate is considerably different, it’s especially cooler. Although there is only 22 acres of Tempranillo grown in total here, the growers are dedicated to the grape. Rick Longoria, one of the pioneers of the Santa Barbara wine scene, and under his namesake wine, Longoria is surprised when pouring his wine that people are asking to try the Tempranillo as much as his Pinot and Syrah. It’s almost a testament to the growth of popularity of the grape in California. Joe public recognition, this can only be a good a thing.

Ken Volk of Kenneth Volk Vineyards although a great proponent of the grape feels the biggest hurtle of competition will be from Portugal and Spain.  Essentially, getting compared to the original wines which in most cases will be considerably less expensive. Volk has a point, American wines have a tendency to be a bit more pricey than their European brethren and the quality is not always there. However, with Tempranillo, I believe there is an argument that at California and Oregon’s top end, where you will be paying anything from 35 to even 50 dollars a bottle, you are getting a wine of excellent quality. Earl Jones of Abacela has a different take on buying domestic wine, ”Imagine what would have happened if Americans had not tried Napa Valley Cabernet, because they could buy Bordeaux, it would have destroyed the industry flat.” With that sentiment I am going to urge you to go out and try an American Tempranillo perhaps compare it with something from Spain or Portugal, and let us know what you think.

Over the next couple of days there are going to be quite a few different opportunities to try American Spanish varieties, especially Tempranillo.

Tempranillo Day is November 8th and throughout the U.S. the TAPAS group is organizing tastings. Go to the site http://www.tapasociety.org/itd

Also, for those in California, the Garagiste Festival in Paso Robles, is happening the weekend of November 10th.  It is a festival dedicated to small, artisan producers of wine.  Some making only a hundred cases.  There a few of the producers will be showcasing not only Tempranillo but also some excellent Albarino’s as well.  Catavino will be at the event as well to report on our findings.