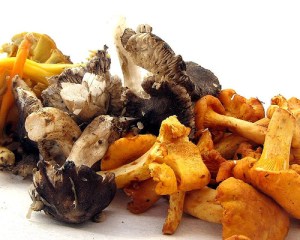 So, we arrive officially at a new season, and the usual gastronomic articles appear. In the case of autumn these tend to be about the joys of mushroom-picking in the woods and fields, or getting hold of truffles if you’re rich or have a suitably trained pig. These seasonal utterances are fine, but perhaps more read about than acted upon. Autumn on the eastern Spanish seaboard brings less drastic changes than in many places. Certainly, the heat is less oppressive, but the days are often bright. The evenings are drawing in, so you wear socks and shoes instead of sandals, and maybe have a jacket or something to hand. But to my mind, it’s a chance to enjoy everything – get stuck into the last weeks of 2008 as the most recent white wine vintage, while keeping an interested eye out for the first arrivals of the northern hemisphere whites of 2009 in November or so. Also, the hunting season kicks in and people talk about the delights of game from duck to deer, but let’s not forget that there’s an ‘r’ in the month and that this is a great time for seafood. All those articles about starving and pummeling yourself to look good on the beach are behind you, and your metabolism is ordering you to stockpile calories. I think for a start we’re talking all kinds of sherry, though to be frank, I’ve got to go to specialist retailers to dig out anything that’s not standard fino or manzanilla, good as that is. I stare longingly at, for example, the list of over 30 award-winning Sherries at the “Decanter World Wine Awards 2009â€, or even just the list of 11 sherry categories they use from Amontillado to Sweet Oloroso in alphabetical order. As it is, UK supermarket shelves have a far more varied and abundant supply of sherries than any Spanish non-specialist retailer I know (Waitrose is especially strong on sherry, but Sainsbury’s is right up there), but if you’re lucky enough to be able to get hold of palo cortados, amontillados and olorosos of various kinds then you’re ready for anything autumn can throw at you.

Apart from that, I suppose I think in terms of touches to the tiller rather than radical change, the looking out for more aromatic whites, perhaps the odd barrel-fermented beast, and the bringing into play of the full range of possible red wines. Funnily enough, in winter this takes me towards the more classic regions with their structure and rigour, whereas in summer I am drawn to fruit and explosive immediacy. Though this time of year also finds one more unforgiving of failings in white wine – since they tend not to be overchilled, the besetting sin of summer whites. However, I am not with those who now forsake white wine and stick rigidly to red until the thermometers start throbbing dangerously again. Maybe fewer bottles from Rueda and more from Galicia. My thoughts stray to the likes of something oak-aged like the Louro do Bolo Godello 2007 from Rafael Palacios, or the La Val Albariño crianza sobre lías (aged on the lees). 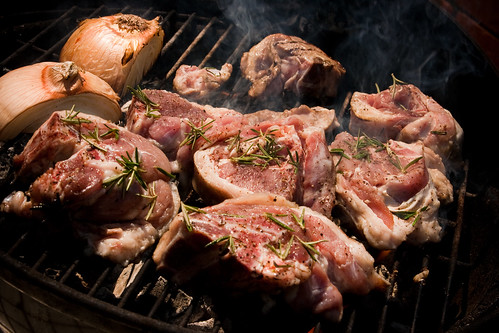 Similarly with reds, the changeable weather brings everything into play, from the elegant but possibly less exuberant wines of the more temperate parts of the country to the don’t know their own strength extroverts that thrive under the sun. There are remnants from the monthly selection I occasionally order from Todovino that I opted to leave to try again at this time of year. I’m looking forward to reacquainting myself with Piedra Selección Tinto 2002 from DO Toro, originally received and enjoyed in September 2008, but just thought that despite its age another year might see it soften further. There is also a bottle somewhere of the Cillar de Silos 2006 Tinto (Ribera del Duero), and it will be interesting to see how that tug-of-war between fruit and minerals is coming along, and finally the Sierra Cantabria Cuvée Tinto 2005 (Rioja) from March 2009 was fine in winter, but had an elegant freshness about it that should hit the spot during a cool autumn evening after a warm day.

So, there you go, my advice is to knock back a sherry or two (I’d love to get my hands on Decanter’s Gold Medal winner Bodegas Fernando de Castilla Antique), open a bottle of agreeable white wine under the pretext that you need to add a glass to what you’re cooking, then exert the cook’s prerogative by having a bonus glass. Then you could enjoy whichever red wine tickles your fancy on a given evening, before rounding it off with an oloroso (maybe Sánchez Romate’s Oloroso Celestino). Sip this while wondering wistfully what happened to the summers of yesteryear.