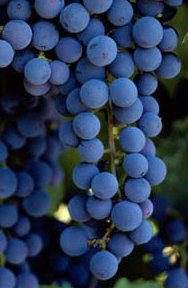 DO Cariñena, located just west of Catalunya in northeastern Spain, is not only one of the largest and oldest regions in Aragon, but also the first to have been demarcated in 1932. And if the name sounds familiar, it should, because it is the namesake of the grape varietal Cariñena, Manzuelo in other Northern regions of Spain, an Carignon in France. Over the years, however, this emblematic indigenous varietal has been tossed to the wayside for Garnacha, a sturdier and better suited varietal for the arid growing conditions regions in Aragon.

Until the 1980’s, most of the wines from the regions were red, renowned for being big, chewy and typically sold in bulk as a blend with lighter, more delicate wines. But times have changed and in the last decade, there have been major improvements in their winemaking practices. In lieu of big alcoholic bulk wines reaching up to 19%, the DO has changed their stance to set a limit of no more than 12 to 14 percent. Fusions have been made between small bodegas and larger cooperatives, allowing for modernization in winemaking systems, as well as widespread support for planting higher quality plant varietals. These varietals have also expanded to include Tempranillo and white varietals such as Viura, Moscatel, Chardonnay, Cabernet and Parellada.

Established in 1903, Bodegas Ignacio Marín has evolved with the DO Cariñena, slowly updating their facilities as information and winemaking practices became available. This bodega is also interesting in that they boast of working in an ecological framework so as to respect the land, the vines and the end product that lands in your glass. Although I am unclear exactly what “ecological” means to them, I am happy to report that their wines are nothing less than spectacular. In particular, the 1999 Bodegas Ignacio Marin Cariñena Barón de Lajoyosa Gran Reserva. A wine, that by my sentiments, if absolutely phenomenal, amazing and absolutely worth you getting your little mitts on.

I’ll be brief and suggest you take along luxurious glance at our tasting notes below, because I doubt I could offer you the same experience as I did when we first tasted their wines. The initial tasting note is sometimes the most authentic and entertaining read of a wine. Sadly, we know very little about these wines and the winery, however, as we were promised information months ago but were never delivered the goods. So I’m hoping my post will get a little flame burning under their britches to provide you with more information.

Ryan 1999 Bodegas Ignacio Marin Cariñena Barón de Lajoyosa Gran Reserva – Spain, Aragón, Cariñena (6/19/2007)
This wine is a rich red color a bit light, with mild bricking at the rim. A powerful nose jumps out of the glass at first with light acetone notes that blow off very quickly leaving, vanilla, chocolate, old wood, black berry, cherry, and clove wrapped up in earthy minerals. Wow! In the mouth this wine of 8 years, is fresh and alive with a zippy acidity and firm rich tannins that do not get in the way of the overwhelming flavor. Syrup like black berry, peach fuzz?, cherry, strawberry and more all fill out the palate. Dark spices and black pepper dance in and out as the finish lingers for minutes. Really a surprise and for the money this is the best non-Priorat, Priorat like wine I’ve tasted in a while. After 8 years of age this wine is just getting started.

Ryan 2005 Bodegas Ignacio Marin Cariñena Crianza – Spain, Aragón, Cariñena (6/19/2007)
Dark deep cherry, chocolate, and new oak with a touch of anise in the background make this a very new world wine nose. Rich and interesting but a bit heavey on the vanilla notes. In the mouth the big acidity gives way to fine but soft tannins while flavors of sour cherry, cinnamon, allspice, and wood round it out. Nice wine for quaffing though the pure fruit gets a bit lost to the vanilla wood.