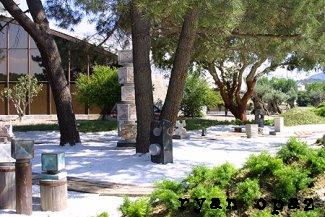 I’ve been meaning to put this bodega profile together for ages, simply because the representative I met last summer in Lisbon was not only unforgettable with his dashing appearance and remarkable confidence, but because he seemed ridiculously impressed with his wines. Brilliant blond hair parted meticulously to right, perfectly ironed white button down shirt, and a cool relaxed demeanor, this man appeared impenetrable until he discovered that I didn’t know his winery. Understandably, I knew very few wineries in Portugal until our major investigation last year. And once we dove into the subject, I felt like I was drowning in a multitude of interesting bodegas I wanted to research but couldn’t find the time to write about. And then came the 2005 Palácio da Bacalhôa. When we opened this wine a few nights ago, Ryan and I turned to one another with big toothy grins and said, “we need to share this adega with our readers!”

The winery acquired its name from the Renaissance palace of Quinta da Bacalhôa , which sits directly on the winery estate. The palace is located just south of Lisbon, in the region of Azeitão. Commissioned in 1554 by the son of the famous Portuguese mariner, Afonso de Albuquerque (a Portuguese fidalgo, or nobleman, and a naval general officer who conquered and established the Portuguese colonial empire in the Indian ocean), the palace was influenced by both Italian and Indian design which were renowned for their extensive gardens and open-air balconies. From the pictures I’ve seen, which include extensive labyrinths crafted in a filigree like style, an enormous two foot high reflecting pool that mirrors the majority of the palace onto into its waters, and a jaw dropping gorgeous garden, you wouldn’t have to ask me twice to visit.

However, the winery itself wasn’t founded for another 400 years. It wasn’t until 1922, under the name Joao Pires & Filhos, that the winery first made its mark. In the late seventies, Antonio de’Avillez became the major shareholder and brought the company screeching into the front line by investing considerable amounts of money into revamping the entire winery to bolster their bulk wine production. A decade later, they installed their own bottling plant, as well as launching their own brands: Quinta da Bacalhôa, Má Partilha, Catarina and Cova da Ursa.

Finally, their elite winery, Quinta dos Loridos, in Estremadura, which has gained international fame not only for their sparkling wines, but also the for their luxurious mansion. Sadly, we haven’t had an opportunity to try these bad boys yet, but now, they’re on my list! Having only tasted a handful of Portuguese espumantes, I’m already hooked, and would love to further explore this style.

Interestingly, before 1993, Bacalhôa considered themselves a prestigious winery with prices reflecting their self-perception. However, noticing their market was solely directed to the middle to upper class, they chose to diversify, producing wines of equal quality but lower prices. The brand name was called J.P., a wine I’m unfamiliar with but would be interested to know how it compares to their higher end wines in both price and quality. 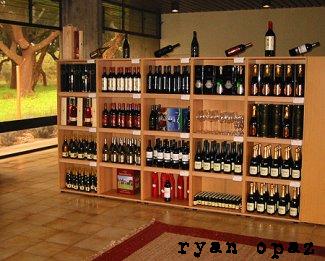 In 1995, the Bernardo Family obtained a large chunk of shares from the company after an increase of Bacalhôa’s capital stock. As a major shareholder, Jose Berardo decided it was high time to remodel both wineries in Azeitão and Arraiolos for the sake of both winemaking and tourism, brought on a new and rather famous partner, Lafitte Rothschild, and expanded the property to include the Palacio de Bacalhô in 2000.

As for tourism, if the mansion in Loridos and the Palacio de Bacalhô aren’t enough to draw you in, the winery also boasts of an impressive collection of Portuguese azulejos (glazed ceramic tiles) exhibited in Quinta da Bacalhôa and Bacalhôa Vinhos Winery in Azeitão. Having seen a multitude of ceramic tiles dotting the Portuguese landscape, I can attest to their ornate, yet childish beauty. These authentic expressions of Portuguese art can be seen spanning a course of four centuries, from the 15th to the 20th century. Tiles with different patterns or figurative representations were designed to cover large surfaces or highlight scenes of significant periods and events. In addition, they offer a full tour of the winemaking process from grafting to bottling, as well as a tasting in their traditionally decorated wine shop at Quinta da Bacalhôa.

When thinking back to our dapper representative who remained flabbergasted that I didn’t know his wines, I can now say that I sympathize with his astonishment. Having tried both the 2005 Meia Pipa and the 2004 Palacio da Bacalhôa, I wish I had known about these wines earlier, as they are fantastic.

The 2005 Meia Pipa is made with Cabernet Sauvignon, Syrah and Castelão grapes typical of the Peninsula de Setubal region. Aged for 13 months in small French oak barrels, called “meia-pipa”, these barrels are previously used to age the Quinta da Bacalhôa wines. The wine is silky on the palate with fine tannins and a firm, soft texture. Both Ryan and I enjoyed this wine from the get go, finding the strong cherry aromas and spicy palate both enticing and incredibly approachable.

While both are silky with fine tannins and superb balance, the Palacio da Bacalhao shows a more vibrant and aromatic bouquet with deep red floral notes interlaced with rich ripe cherries, chocolate, roasted coffee and black pepper. Made from Cabernet Sauvignon, Merlot and Petit Verdot, and aged for 14 months in small new French oak barrels, the wine is intense, bold and the ideal pairing for duck or grilled steak. Take caution when drinking either of these wines though, as they are both strong in acidity and require ample time to open and relax. Personally, I’d suggest decanting both of them before serving.