Can Spanish and Portuguese Wines Succeed in the Chinese Market? 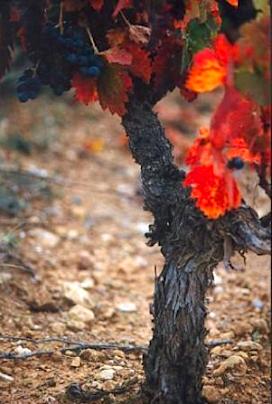 Everyone wants a piece of China. These days, statistics about the country are tossed out from pretty much all corners of the globe. In fact, I’m starting to think that 99.9% of statistics relating to China – including this one? – should be taken with at least a pinch of salt. Reliable data about the wine markets here are, unsurprisingly, hard to come by.

We hear of the “rise of China”, but shouldn’t it be the “resurgence”? The 50-odd years since the founding of the People’s Republic is a minuscule time period when placed in the context of hundreds of years of developing Han Chinese culture. However, although China has produced alcohols in various forms for centuries, grape growing with Vitis Vinifera vines, wine production and the importation of international wines are relatively new.

Sadly, the wines of Spain and Portugal, although increasingly available in China, are not yet part of consumer consciousness. Let’s not forget, and these are statistics you can trust, that the Chinese market comprises mostly domestically produced wine (something like 80-90% of the market is “Chinese wine”, often bulk imported must mixed with Chinese must) with a small, but influential sector of imports.

However, although only 8% of wines sold in China cost over 5USD, and off-trade sales in stores and supermarkets make up by volume more than half of the market, hotels and restaurants take in 60% of its value. Put simply, imported fine wine is where the money is, unless you happen to be Great Wall, part of the government backed Cofco group, an agricultural power-house (17% of Cofco’s massive revenue actually comes from its Great Wall wine arm).

But the important thing to note is that, with imported wines, no one is selling thousands of cases of anything just yet. And Iberian producers might take heart from the fact that no single international winery has established itself as a “brand” in China.

Chateau Lafite-Rothschild is a name on people’s lips, partly because Lafite is easy for Chinese people to say and was one of the first Bordeaux chateaux to translate its website into Mandarin. But no one has a dominant name here: there is no Chivas or Johnny Walker of the wine world yet established in China. Perhaps there is unlikely to be one.

If the Chinese are not buying Chinese wine, they tend to go to France, Australia or Chile before thinking about Spain or Portugal. However, apart from Australia, Chinese wine drinkers do tend to favour wines from Old World countries; so perhaps the wines of the Iberian Peninsula will slowly make their way.

A glance at international importers’ lists gives some indication of what’s available here. One real source of influence for Spain was the creation of Torres China in 1997, the Chinese arm of legendary producer Miguel Torres. In addition to Torres products, Torres China brings in Vega Sicilia, Bodegas Alion, Jean Leon, Graham’s and some other wines from the Symington family estates, like the dry Douro red Altano Reserva (see separate Vinexpo Asia post for a tasting note of the 2006 vintage of this wine). 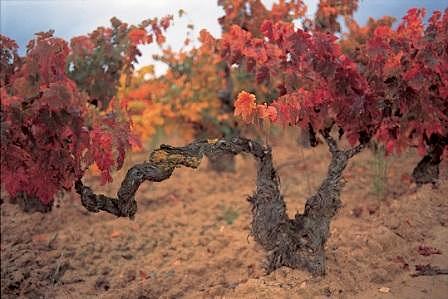 Torres China is pretty active with wine dinners too as well as other events to help push the Spanish message. They recently held a vertical Mas La Plana dinner in Beijing and hosted a plush Vega Sicilia dinner last year as well.

There are many other importers bringing in interesting stuff. A cursory and by no means complete list would include Jebsen Fine Wines (Marques de Murrieta), Summergate (Siera Cantabria and other wines) and Palette Wines which lists Bajoz and Montilla-Morriles producer Alvear – including Alvear’s 1927 Solera Pedro Ximenez which is to die for!

There are also smaller specialist importers like Globus Wines (which has the brilliant wines of Bertrand Sourdais, including those from his Ribera del Duero estate Dominio de Atauta) and Ruby Red Fine Wines (which lists Jumilla producer Casa de la Ermita among other wines). This is just a snapshot of what’s becoming available, however.

Finally, Spanish restaurants surely should have an impact. Although not as prominent as French or Italian cuisine, the Spanish in China should really start pushing tapas and, in particular, their superb pork products (the Chinese cannot survive without pork!). Portugal and China share the same obsession with suckling pig.

Of course, the Portuguese have a sort of foothold in the shape of Macau; “sort of” because Macau is clearly not China. However, when my wife and I organized the first Madeira dinner held in Beijing last year, with the wines of Bartholomew Broadbent, we chose a Macanese restaurant, Oriental Taipan, as the venue. It was heartening to see 30-odd local Chinese guests tucking in to a full Macanese banquet washed down with Vinho Verde, Rainwater and 5 and 10 year old Madeiras!

In sum, if you want to push Iberian wines in China: do it with food! This is a food obsessed country with eight major cuisines and a culinary heritage arguably more diverse than that of Europe itself. Food-and-wine matching is definitely the way to go here.