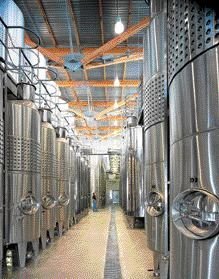 Yeah, yeah, so it’s been awhile since I’ve approached this book idea. Why? Because in part, I still feel as if I have to give you an actual book report, which is quickly refuted by my husband who tells me that I am boring the living daylights out of him by the end of the post. So I do what any good reminiscing English student does who is lost as to how they can separate book from their personal thoughts, I freeze. Rather than share my “woe is me” syndrome with people who can understand my plight, I stay quiet and remain in the dark hoping that you will forget this project even existed. However, the fact remains that this was my idea in first place, so I best quit complaining and actually put my nose to grindstone.

Upon finishing Chapter 1, an easy and enjoyable task I might add, it appears to be a recap as to what has made the Spanish wine scene successful and some of the general wine rules associated with aging, classification by age and geographical origin. Because we’ve posted a fair amount on Spanish wine regions, aging, vintages, etc., on our website, I won’t get into it further unless anyone has any specific questions. Instead, I would rather chat about what got Spain out of its dark dictator-driven cave and into the bright light of the international wine scene.

According to Julian, the majority of quality wines were anticipated to come out of France or Germany in the 1960’s, other than the occasional Rioja finding its way to the UK, simply because Spain primarily sold its wines to the local market. Therefore, you could easily find your neighborhood mates enjoy a bottle of Prieto Picudo from their purron before you’d ever encounter a bottle outside of the country, but times have changed.

What led to the revolution? According to Julian, cash! I love this word although I am rarely able to see the physical manifestation of it. If you have people willing to invest in your wines, you most likely will be able to increase both the quality and the recognition of those wines. Secondarily, with the death of Franco, what was originally a very introspective country suddenly blossomed into a brave new world where international education was possible. Therefore, several winemakers headed outside of the Iberian Peninsula to Bordeaux or California where they could be given both the training and modern technology, such as the stainless-steel fermentation tank. This was a major advancement for Spain, because if you can imagine me sitting in my house in the NORTH of Spain in May sweating to death, consider how difficult it was to preserve either the aroma or flavor of a delicate white wine. The stainless-steel fermentation tank was literally a technological miracle for Spain, offering winemakers the ability to control both the temperature and speed of fermentation.

The experimentation of vine varietals was another interesting change in the Spanish wine mentality. What was considered a “foreign” varietal was now experimented with to see if it would be successfully matched with both the soil and microclimates. It is no surprise that our dear friend, Miquel Torres, was the pioneer of this new trend importing varietals such as Cabernet Sauvignon, Pinot Noir and Gewurztraminer into the Penedes region, making it into what it is today. Julian goes on to ponder the idea as to whether Spain should be focused on cultivating its native varietals, or if they should produce “yet another” Chardonnay, Merlot, Gewurztraminer, etc. This argument has also had its fair share of time circulating through wine forums for fear of international varieties polluting the regional native vines, creating another homogeneous monster like we’ve seen with coffee, burgerss, clothing, etc. Personally, as much as my heart would like to believe that the little guy will win out, preserving the regional culture, I wholeheartedly know that the big guy seems to have both muscle and the financial backing to wash away mom and pop ideas. Fortunately, here is Spain, I can tell you that both the pride and the bull-headed nature of the people have a good chance of winning this battle. As far as I am aware, every region that Franco tried to strip of its culture has worked overtime to not only preserve but rekindle its language, cuisine, music, etc. If 30 years of oppression didn’t wipe out their steadfast nature, I highly doubt that big business will have a fighting chance.