Croft gets Sassy and Shows its Softer, Pinker Side 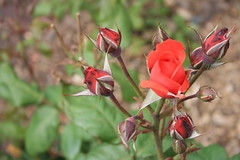 Pink is hot this year! There are blogs dedicated to hot pink dresses, pink dog jerseys for your prancing little toy poodle, brilliant pink hair, pink party squares, and of course, pink wine. Pink is so cool, that even our emotional unbalanced and slightly obsessive swine, Ms. Piggy, has made her comeback on backpacks and t-shirts. I’m not sure that’s a good thing, but at least you can rest assured if you’ve got a few bottles of rosé hanging out in your fridge that you’re officially in the “cool crowd”. And you’re not alone, as Croft has also gotten in the Pink bandwagon by launching the first ever, pink port.

So, where did this crazy and insane idea come from? According to Nick Heath, the Marketing Director for The Fladgate Partnership, it came from the head honcho and CEO, Adrian Bridge, “He set the task to our winemaking team – led by David Guimaraens – of producing a premium quality ‘pink’ port. The team subsequently developed a technique to extract fresh, fruity flavours and a delicate pink colour from limited contact with the skins of the classic Port grape varieties.”

Adrian goes on to say that, “The port industry needs innovation to raise awareness of port as a contemporary product which is why, three years ago, I came up with the idea of producing a lighter style of port. This will attract new consumers to the port category and at the same time de-seasonalise consumption. It has been a lot of work for the winemaking team but they have now produced this outstanding new wine.”

Is this a good idea? Should port be made into a rose or have we already reached the pinnacle of port’s expression?

My first experience with this oddity occurred last January at the II International Climate and Wine Conference, and at the time, I enjoyed it. It was an easy drinking wine with plenty of candy cherry aromas and a dense, lush mouthfeel. I walked away suggesting the wine to friends as a fun summer drink you could spritz up with a little soda and lime. But after trying it again today, it definitely didn’t hit the mark. Although I still appreciate the bold cherry aromas, the alcohol takes center stage, and I find my nose cringing at first sniff. 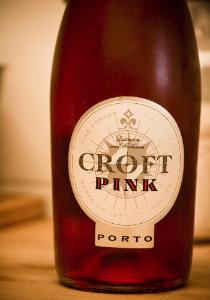 So if this isn’t a great wine, should we be supporting Croft’s efforts? In the February 1st edition of Harpers Magazine, British wine writer, Charles Metcalfe voiced his support of Croft’s willingness to break the mold, “I think it’s a brilliant idea. I’ve never been a fan of white port, unless you dilute it with tonic water and lemon. It lacks finesse and elegance and there’s a lot of forgettable red stuff too. This is much more in tune with the times. I don’t know why no one has thought of it before? Port desperately needs to appeal to a younger generation.”

What Charles brings up is a point I think we all need to consider. Regardless of whether this style of port is fantastic, or rather mediocre, it’s a first try. Croft did a little experimentation to promote something new and different. No one ever says that the first trial will be the best trial, but at least they gave it a shot, which has unfortunately led to some rather controversial feedback.

When asked if Taylor’s received any negative criticism from the market since Croft Pink’s release, Nick Heath’s response was, the “reaction to Croft Pink has been very positive, both from trade, consumers and also from our colleagues in the port sector. We certainly haven’t seen any backlash.” Unfortunately, you can’t Google Croft Pink without coming up with a series of negative commentary. It’s impossible to ignore the wide range criticism from its lack of integration to its perceived targeting to women (many of whom are not pleased). On the flip side, their sales are increasing not only in Portugal, but abroad, as Pink Port is finding its niche market among the younger generation.

So what does this mean? Is this a good idea? Honestly, I don’t know? I give Taylor’s a lot of credit for being the first, as it takes a hell of a lot of gumption to market a pink port in an old school and traditional arena. For centuries, Port has been seen as an upper-class drink only stodgy men enjoy, and to create a style of port that flies in the face of this tradition shows a little chutzpa. Therefore, I love the idea. But on the other hand, it doesn’t make up for the wine needing better integration. Maybe in the future there will be a great example of a well made pink port, but for now, I can only cheer Croft on to keep inventing and experimenting with new ideas.

Have you tried Croft Pink? Do you feel that it’s a mockery of port wine or is it an ingenious invention?