Spanish Culture Documentary – “Arribes: Everything else is noise” 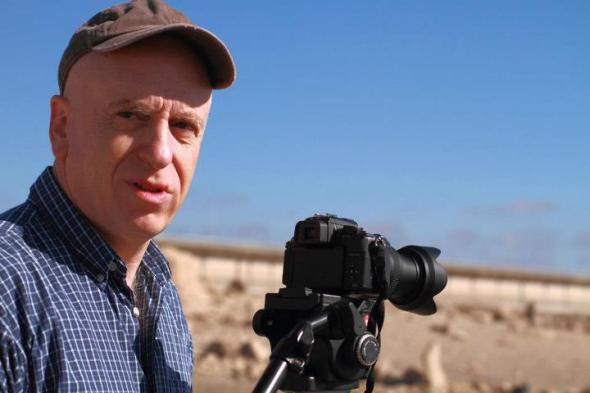 Editor’s Note: Over the years, we’ve watched Zev Robinson create a long list of memorable and meaningful documentaries. From his first investigation into the relatively unknown native grape of Utiel-Requena called, Bobal, to his story of the first demarcated wine region in the world: the Douro in Portugal.

Zev is known for films that feel like moving paintings, with stories that ebb and flow into the highly contrasted light and shadow. They are eye-catching, thoughtful and attack subjects that are near and dear to his heart.

His most recent work on the very small Spanish wine region of Arribes appears to be as breathtaking and thought-provoking as his previous work. I know we are excited to see it, and hopefully you are too.

Zev has taken a few minutes out of his very busy schedule to share his thoughts on the film, followed by clip of the documentary below. We hope you enjoy it.

Screenings are coming soon, and the final release will hopefully be in early 2013. Please see his interview below for more details.

How did you discover “Arribes”?

I was invited to speak at a Vinus Durii event a few years ago about my wine documentary projects, including one I’ve been working on for the last three years now on Spain as a whole, and Rocio Carrascal, Secretary General of DO Arribes invited me to film there. She was very insistent and I finally thought that if someone wants me to go that badly, I might as well go. She, and the people of Arribes as a whole, have been as hospitable and accommodating as possible.

What was it that first made you realize that there was a story to tell here?

I went to film the wine production in Arribes. What was once a region covered in vineyards has been reduced to about 750 hectares, there are grape varieties not found in other areas, and winemakers moving there from other parts of Spain and other countries looking for challenges. But what was really striking was a self-sustaining way of life that has largely disappeared from the rest of Spain over the last several decades as people migrated to urban areas, and I realized that there was a unique story to be discovered there. I started to make a film on that, and with each trip, new aspects arose.

What about the film do you think is most important for people to see?

At a time when people are worried about the exhaustion of the world’s resources, the destruction of environment and are questioning their priorities during the severe economic crisis, Arribes offers another view of what is possible. And during this time of severe economic problems, many people are forced to leave their urban dwellings, return to rely more on home-grown produce, and Arribes shows a simpler, more sustainable and self-reliant way of life.

Is there a message you hope to communicate? Or is this just a glimpse into a place and it’s people?

It is a glimpse into a place and the people who make it the way it is, but as their way of living is very different to that which most of us live, it raises questions about what our priorities are or should be.

When we lament the destruction of the natural environment and the over-consumption of the earth’s resources while continue to live in a way that contributes to that depletion, Arribes is an example that there are alternatives. People with well paying jobs have moved there from Madrid, Barcelona, the UK and elsewhere looking for those alternatives.

There is no message per se, but questions are raised about what can be learned, can there be lessons taken from Arribes and applied elsewhere, and is there a way of life that is less urban-centric, simpler and more direct. Whether or not one decides to leave urban areas and live like that, the slow food and local food movements are looking for a different sort of relationship between food and agriculture than that which the large producers and supermarket chains provide. Arribes is one example of that.

One example is that of the relationship between food and agriculture. A pig is shown being killed and then cut up into food, and people express their thoughts and emotions about the process. Although they are killing an animal, they are not void of feelings about it. It may seem cruel and hard to watch for us, but it is when we buy steak from a supermarket often without knowing how the animal was treated when it was alive that we are void of any emotions.

Where will this be shown? What are your plans to make this available for people?

It will have its premier in London at the Roxy Bar and Screen on November 19, then shown in Zamora about a week later, and other screenings are being planned. Details will be released over the coming weeks, and people can join the Facebook page to find out more – https://www.facebook.com/pages/Arribes-Everything-else-is-noise-Arribes-el-resto-es-barullo/505072499521943