This past week I sat with José Peñín at the same two person table judging wines that were to become the “best of Portugal”. It’s a humbling experience sitting next to someone with so much history and credibility in the Spanish Iberian Wine Industry. Called the “Robert Parker” of Spain, his small empire includes an annual Spanish Wine buying guide, which he contributes to annually, and most notably, a magazine entitled Sibaritas. José judges, tastes and travels year round in hopes of promoting the wines that he knows and loves so well, while at the same time making a nice living out of it. I have enjoyed talking with him both times we were together in Portugal on a variety of subjects from wine tasting notes, points, social media and Haute Cusine.

Today , however, I have to regrettably say, “shame on him”.

This afternoon, I found myself in a local bookstore browsing the magazine rack when I came across Sibaritis. I’m not a big fan of the magazine, just doesn’t rub me the right way. Not to say it’s bad, just not my cup of tea. Regardless, today I realized that I really don’t need to bother anymore, and maybe even go so far as to say that we here at Catavino need to work harder to increase our influence, if only so less people have to read headlines like this: “Rioja – Ribera del Duero Â¿Cuál es el mejor?” translated: “Rioja – Ribera del Duero: Which is the better region?”

I opened the page and there was the opening column where José analyzed and discussed this entirely ridiculous and laughable question.

Seriously? Which is better?

In a country that is struggling to promote its own wines effectively, handicapped by its inability to get its wine regions to collaborate to promote a simple idea “Brand Spain”, the leading critic in this country fuels the fire with this baloney? Please José, help Spain to better itself rather than egging it on as it fights within its own borders.

Since I’ve lived in Spain, I have seen regions as closely related as La RiojaÂ AlavesaÂ and La Rioja (yes to anyone who does not live in Spain, these are the same regions, or rather one is a sub region of another), argue and fight about how to promote themselves. La RiojaÂ AlavesaÂ being on the Basque side of the border within the DOC of Rioja, refuses to collaborate on various promotions, and La Rioja, principally Longroño won’t admit that La RiojaÂ AlavesaÂ exists. I’m sorry, I know this is confusing, but it needs to be said so that you can all understand that it makes NO FREAKING SENSE! 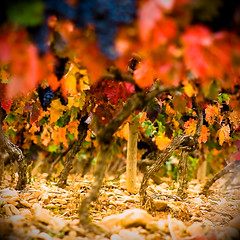 Back to the topic at hand. La Rioja, making wines from Tempranillo, Garnacha, Graciano, Mazuelo, Malvasia, and assorted other bit players. Ribera del Duero, making wines from Tempranillo (every region pretty much does here in Spain), Cabernet-Sauvignon, Merlot, Malbec and Garnacha. Both can be said to be located in a river valley, though Rioja has mountains that funnel the air down said valley, while Ribera has only plateaus.

So far, they have a couple of grapes in common and the proximity to a river. Having been to both, I would say that’s about it. They are different. Different things cannot be said to be better than one another, only different. And this difference is what we should be celebrating, rather than pitting one against the other.

Within Spain, regions do matter to sales, to people’s perceptions, to peoples pride, but the truth is, we don’t have issues in this country selling wine to Spainards. We have trouble selling wine to those outside our borders. My solution is simple: Brand something bigger.

Brand Spain vs The World

BUT DO NOT PROMOTE ‘BETTER THAN ATTITUDES BETWEEN REGIONS’

It doesn’t help. It only hurts. Confuses us at times and leads to anominity. We’re better than you, your better than us, it does no one any good, and it cuts at the very reason we all love wine, diversity.

José you sat next to me and talked about all the various incarnations of Touriga Nacional that can be found in Portugal. It was fun, as we discussed what we liked from each regions terroir as it influenced this wonderful grape, and it was these differences that we both agreed is why we love it. We never mentioned which region was better, we only mentioned how they differed, which we might prefer, and why. We agreed that each region showed a shade of TN, that we appreciated for different reasons.

Ribera and Rioja both happen to make great wines. They both are very different, and at the same time, similar. Let’s make the next headline a bit more helpful, maybe “Rioja and Ribera what we love about both”.

Maybe its too sappy, but at least we won’t be further strengtheing the walls that divide us.