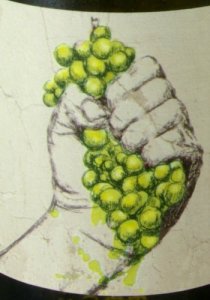 Now I normally recoil from international varieties being propagated on Spanish soil like a liberal in Alabama. The idea of Pinot Noir in Castilla, for example, is about as revolting as seeing an Englishman in a baseball cap (to borrow a phrase from the Libertines). But, as we all know, Ribera del Duero is not built on Tempranillo alone

And credit where credit is due. Scottish winemaker Norrel Roberston MW (who has probably done more than enough for Grenache in Calatayd – although that doesn’t mean the region’s old, old vines are not in danger, quite the contrary) has produced a really lovely barrel-fermented Viognier in that selfsame region. Which means that it cannot be classed as Aragon or Calatayud (Viogner is not a recognised grape in those regions) and is therefore downgraded to Vino de Mesa.

Nonetheless, this is a lovely drop. A bit on the pricey side if you’re looking for a lunchtime quaffer, but this wine, fermented in 500 litre barrels, is deserving of perhaps more than a quick gulp over a salad nicoise. Still, at £18.99 it’s not at all excessive. Break it out for an evening aperitif/starter among good friends.

El Puño, Viognier, Vino de Mesa, 2009
Lovely nose – very much an aroma of lime cordial – it smells so fresh and beautiful. Pretty, with a really nice texture on the palate, this is a great example of the variety that is often so big and peachy and sickly and flabby when it’s made in an ‘international’ style. Hats of to the flying scotsman. More info on El Puño