Experts Take on Possible Effects from Eyjafjallajökull on European Vineyards 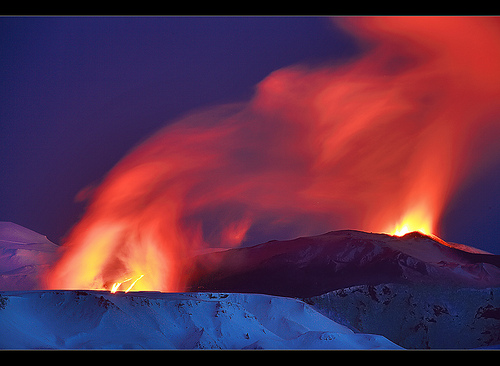 My knowledge of Iceland prior to last week’s volcanic eruption of Eyjafjallajökull was slim at best. I knew of shaggy, squat horses that ran wild over vast open swaths of land. Their traditional foods such as skyr, cured ram scrota, fermented shark and singed sheep heads have always held a perplexing fascination, while singers such as Bjork have paved an unforgettable international reputation. Essentially, it’s a culture I’ve eagerly wanted to wrap by brain around but have yet the opportunity to do so, until now. With the mass amount of media covering the looming cloud of volcanic ash from Iceland’s Eyjafjallajökull sitting maniacally over our heads, I’ve learned a considerable amount about Iceland. Yet, Ryan and I couldn’t help but wonder if there would be a direct effect to European vineyards, both now and in years to come.Â  (photo by orvaratli)

In order to tackle this great mystery, we turned to Professor Hans Schultz and Dr Gregory Jones, both of whom we met at the II Annual Climate Change and Wine Conference in 2008. Hans is a Professor of Viticulture at The Geisenheim Research Institute in Germany. He is also one of the first scientists to research the impact of climate change on viticulture. Gregory is a Professor of Climatology at the University ofÂ  Southern Oregon in the USA. His research has primarily centered on climatology, hydrology, agriculture, phenolics and climate change.

We began our interview asking both gentleman if the current climate conditions pose a threat to either the vineyards or the 2010 vintage.

According to Prof. Schultz, “The cloud will not have any impact on viticulture because the volcanic eruption did not blow dust into those atmospheric –stratospheric heights as for example Mount Pinatubo some years ago. There isÂ  no really measurable effect on solar radiation yet so we don’t have any concerns about the 2010 vintage. The dust will never fall on vineyards (at least measurable) because it will be dispersed into extremely small particles.”

Mount Pinatubo erupted in June of 1991, producing the second largest terrestrial eruption of the 20th century after the 1912 eruption of Novarupta. It sent approximately 10 billion metric tonnes of magma into the air, along with 20 million tons of SO2, while Eyjafjallajökull is only sending approximately 3,000 tons of sulfur dioxide into the atmosphere. For a volcano to have a measurable effect on the climate, large amounts of sulfur dioxide must be emitted into the stratosphere, as exemplified by Pinatubo, which dropped temperatures by approximately 0.5Â Â°C (0.9Â Â°F). 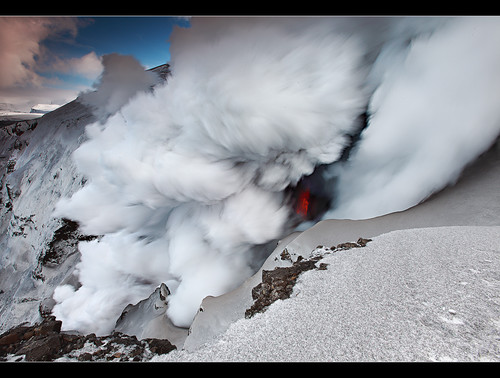 Dr. Jones believes that there might be some short term weather effects from the volcanic ash over the immediate plume area. “A reduction in solar radiation is the most evident which would lead to lower photosynthetic potential, however at this point it is unclear if it is thick enough and will be prolonged enough to have an impact.”

If, however, the cloud lingers for months at a times, not only could we see a significant reduction in photosynthesis, but also a direct impact on the vintage itself. “I have never seen any direct studies on this issue. The closest parallel is the issue of smoke from forest fires which can cause smoke taint in wine depending on its severity, timing in the plant’s growth cycle, and length.”

But what happens to the vines if the ash happens to land on their leaves or covers the vineyards? I, personally, would imagine that the vast amount of minerals and metals in the ash could leech the soil and contaminate the vineyards regardless of the terroir. But according to Dr. Jones, “The impacts would depend mainly on ash thickness, the type and growing condition of a crop, the presence of soluble fluoride on the ash, timing and intensity of subsequent rainfall. Most of the studies discuss large deposition effects (>100 mm of ash). But I could see where small quantities of both solid or liquid deposition could have a short term effect on plant growth.”

Thus, we’ve learned that the current vintage looks safe and sound if the ash cloud stays above the stratosphere and dissipates in the near future, but what of the economic impacts?

According to Frederic Neumann, a HSBC economist in Hong Kong, “The key is how long this eruption and the disruption last. If it’s just a couple weeks, from a macroeconomic standpoint, it’s just a blip on the radar … if it lasts for months and months, then it’s a different story.”

What Neumann is referring to is the already highly precarious situation of the Euro. With the scheduled 40 billion Euro bailout for Greece, the 4 percent decrease in the value of the Euro, the vast number of wineries closing shop or with a gigantic stock of unsold wine, and the billions currently lost from halted air travel and stranded passengers, an ash cloud looming over Europe for months could be disastrous.

There is expected to be a change in wind direction by the weekend which could blow Iceland’s volcanic ash cloud away from Europe. I can only cross my fingers that we should only be so lucky. Please let us know in the comments below what questions you have, or if you’re a winemaker/grape grower, what your thoughts are!