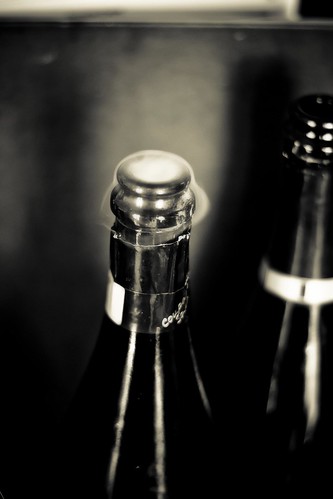 Every region has their festivals. Minnesota has their State Fair, chalk full of items resembling food on a stick, scary looking clowns, blue ribbons awarded to anything obese and abnormal, rides that make my stomach churn for several days after the event, and of course, hours upon hours of top of the line people watching. Barcelona, on the other hand, may not have obese chickens and cows, but they do have their Festa de la Merce.

The history of the festival began in the 13th Century, when La Madonna de la Merce, the Madonna of Largesse, requested of the local saint, Pere Nolasc, to establish a religious order to assist Christians captured by the Barbary Pirates. Four hundred years later in 1637, she appeared again, but rather than saving only the lives of Christians, she offered her services to the entire city of Barcelona by succoring them from a plague of locusts; whereby solidifying her position as the patron saint of the city. Not a bad gig, if you ask me. Save a few thousand people from a hoard of locusts and you have a festival dedicated in your honor for centuries. With all due to respect to the Madonna’s affinity for Barcelona, I’m a little curious why her efforts never spread out a bit over the years? I mean, come on, I’ve lived through two locust and one ant plague in Chicago, and I promise you, our dear Madonna of Largesse was never to be seen.

Yet, despite her fierce loyalty to Barcelona, she puts on a mean party. Our first experience with Merce was with Ryan’s parents who happened to be visiting us not only on eve of Merce, but also after my arrival from almost two months in the States, Ryan moving us from Madrid to Barcelona, a new home, new job and new language. But to their credit, they took it beautifully. They explored the windy medieval streets like pros, tossed back glasses of cider at an Asturian bar, wiggled their way through crowds to take pictures of the Castilleros (or human tower building), sampled Tapas across the Gothic district, and tasted god only knows how many wines at the “XXVI Mostra de Vins i Caves”, 26th Wine and Cava Show.

Yesterday, we attended our second annual Festa de la Merce, although sadly, without his parents. The day was absolutely beautiful, however, with clear skies, a sweet warm breeze coming off the Mediterranean, and plenty of food and wine to keep the masses happy well into the early morning hours. It was absolutely spectacular. Although I’m a little sad we didn’t see the Castelleras this year, we were able to attend the 27th Annual Wine and Cava tasting along the shore. 28 producers spanning all 11 DOs across Catalunya set up shop in traditional white tents down the palm tree lined boardwalk. Jam packed with tourists, street performers, traditional dancers, cured ham/cheese/sausage/anchovy/and olive stands, and one random tent giving away free laundry detergent, it was a carnival ride dedicated to the senses.

And to be honest, I can’t actually tell you how many wines we tried, or how many producers we shook hands and shared stories with, but I can tell you that I haven’t laughed so hard in quite awhile. My belly ached watching Ryan snort Cava, forgetting that the size of the glass was tiny, and whereby much fuller, than our glasses at home. My sides are still soar from laughing so hard tears rolled down my cheeks, after dropping an entire bottle of Cava on the floor of Cafe Ugarit, assuming the ice pack surrounding it was actually attached at the bottom as well. And my smile lines are more pronounced after seeing a Keisha Angel’s Afro pop concert where the girl next to me couldn’t light her cigarette because unbeknown to her, she was missing one of the lenses in her glasses; whereby making her depth perception just a little cock-eyed.

So what can we leave you with after such fantastic day celebrating Festa de la Merce? Well, I can leave you with four wines I suggest you seek out. We, obviously, can’t give you a solid tasting note on any of them, but we can tell you that they were obviously memorable enough for me to want to share them with you: