Calbariño: The Future of Albariño in the Golden State of California 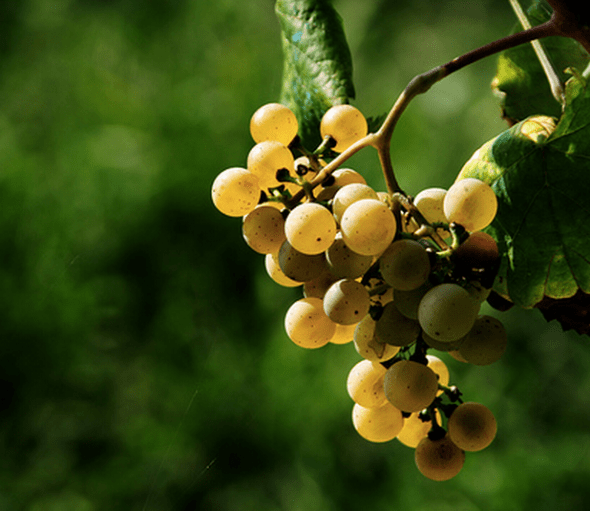 Editor’s Note: With International Albariño Day right around the corner, we sent Louis Villard, our newest addition to the Catavino crew, to the heart of the movement in hopes of enticing you to participate this Saturday!

For most, it’s Rias Baixas, the coastal, northwestern region of Spain that comes to mind when talking about Albariño.

The grape flourishes in this maritime climate and produces a memorable wine of distinct white peach, apricot, melon and mango flavors.  It has been compared to Riesling for its acidity profile, as well as Viognier and Gewürztraminer for its rounded mouth-feel. It is these two features of vibrant acidity with yet full palate that makes the grape and subsequent wine, so unique.

Here in California, Albariño is being made by a dedicated few, more niche than cult, the grape itself is gaining a steady pace of popularity.

Louisa Lindquist, wife of Bob Lindquist of Qupé fame, makes only Spanish varietal wine under her own label Verdad, in the Central Coast. “I think there is a small but loyal base of California Albariño drinkers.  I don’t believe it will ever achieve the popularity of Chardonnay, but it will gain more recognition as a great food wine.

While in Lodi, the family behind Harney Lane, have been growing grapes for five generations. Although Albariño wasn’t one of the originally planted varietals Jorja Lerner (whose great-great grandfather first bought the land) explains it was her mother’s intervention that led them to the grape. “My mom loved the other California Albariños being produced.  She loves that it maintains it fruit profile, even when chilled cold for a summer day.”

There is quite a bit of Albariño growing in Lodi, but it is different to some of the wine made elsewhere. This would be a good time to talk about the two different styles here in California.

Simply put and very generally, there is inland and coastal.  Albariño in Lodi, for instance, which is about 70 miles from Pacific, east of San Francisco, and also where summer temperatures reach well into the 100’s (37’s in Celsius) tends to take on the more Viognier profile.  Wines will be more ripe stone-fruit in flavor, aromatic yet full in body, some acidity but less than the classics from Rias Baixas.

While a good example for coastal could be Edna Valley (however Monterey too grows some). Here, in the Central Coast, it is considerably cooler than Lodi.  San Luis Obispo, for instance, has average summer temperatures in the low 80’s (25’s for you Celsius people).  I’m no mathematician…but I calculate that to be perhaps 20 to 30 degrees cooler than Lodi.  To no surprise, Albariñowill take on the more classic Rias Baixas profile, most especially when in high mineral soils, but depending on those growing season temperatures can be a bit more full bodied. 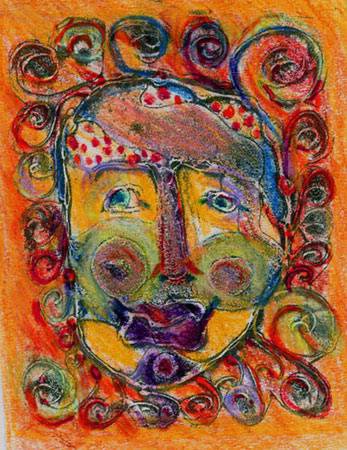 Rick Taylor, of Riaza Wines,a boutique winery in Lodi specializing only in Iberian varietals, believes the different styles across the State are an advantage over the wine made in Spain. “The variety is what sets us apart. In Lodi alone, there are five or six wineries making Albariño now…and they’re all very different. Even more interesting, most of the fruit comes from the same two or three vineyards. So even though most of us are using the same fruit, we’re producing wines that are all quite unique.

While Lindquist, who sources grapes from Edna Valley has a different perspective, “In California, even in coastal climates like Edna Valley, the grapes are able to get to a higher brix level.  From my experience in Edna Valley, the fruit set is fairly small, the acidity is high and the grapes acid/ripeness balance is best when the fruit is about 21.5 -22.5 brix. So there is a bigger mouthfeel in California Albariños than in most Spanish examples of Albariño.”

Acreage-wise there has been growth, since the early 00’s.  In 2003, of the 29 different grape varieties planted in California (including “Other White Wine”) Albariño, with its total of 28 acres, placed 27th overall, thus narrowly beating out such heavy-weights as Gray Riesling, by two acres, and Verdelho, by a few more than that.

Nowadays, and according to the latest California Grape Acreage Crop Report (2011), Albariño is sitting pretty with 176 acres across the State, still not much compared to 95k acres of Chardonnay, and probably about the same size as Gina Gallo’s front lawn, but it has climbed to 25th (out of 31).  In fact, there is now more Albariño being grown in California than the fairly popular, and better known, Marsanne.

Dorothy Schueler, co-owner and winemaker of Bodegas Paso Robles thinks the grape is steadily getting noticed “More and more tasters recognize the varietal now. I hate to call it the new Viognier but I’m hoping it will become as, if not more, popular.” 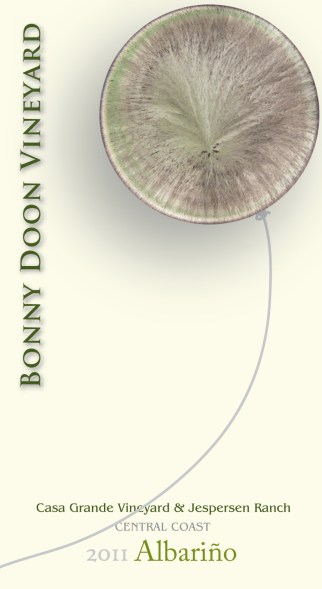 To become that popular, it will need obvious substantial growth throughout the State.  This might just be happening already, especially with well-known winemakers also having a stab at the grape.

Randall Grahm, of Bonny Doon, although known for his Rhône varietal endeavors, is quite a fan of the Iberian grape, “It truly is a superlative apéritif wine and unexcelled with seafood.  It is absolutely refreshing – indeed, the smell of crisp citrus is one of the most mouth-watering aromas in the human sensorium.”

Grahm has been growing Albariño for quite a while but has recently sourced new grapes in Edna Valley.  “[Another winemaker] turned me on to an Albariño vineyard in Edna Valley, Jesperson, but I had been growing Albariño at our own vineyard in Soledad for some years before that.  We were growing our grapes biodynamically in granitic soil, but despite doing many (ok, some) things right, the Edna Valley vineyard seemed to produce more interesting fruit than we had. Blending them was actually quite brilliant.”

Grahm thinks there to be excellent potential but believes it needs to be grown in cool enough areas.  Rick Taylor, on the other hand, is seeing great potential for Albariño and its brethren. “I think there is a pretty big upside for not only Albariño but for just about any other Iberian varietal in this part of the state. The more exposure it gets, the more folks will be drawn to it…I see good things ahead.”

There are so many different wines one our store shelves, but Californian Albariño can easily buck itself out of the niche market and claim its spot within those. Overall, the California choices are good enough to compete against a lot of the domestic Rhône whites. Food wise they are a definite contender, most especially in the seafood and shellfish department, even to a lesser extent with spicy curry/Mexican food.  If the wine can make its way on to more sommelier lists, its future and overall popularity, will exponential grow for the better.

For now, with its different styles of wine across the State, popularity amongst the specialist growers and being noticed more and more by the consumer, all is framed for perhaps a new emerging conquistador of white wine in California. So this Saturday on the first international Albariño day, don’t forget to grab a bottle at your local wine shop, do some comparing perhaps between California and Spanish – and report back on your findings!