Get Your “Wine Fault” Out of My Glass: Misconceptions, Misnomers and Misadventures with Wine 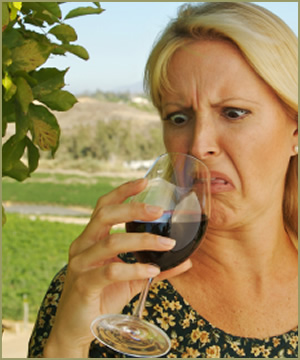 Do you know what a wine fault is? I thought I did, until the London International Wine Fair when APCOR, the Portuguese acronym for Associação Portuguesa de Cortiça (Portuguese Cork Association), sponsored a tasting on wine faults. They’re goal was to help guide wine professionals and social media influencers through an educational session that described the various faults that can effect a wine’s aroma and taste other than cork taint.

Why talk about every other potential fault in a bottle of wine except cork taint? Quite honestly, cork has occasionally gone through the wringer among wine professionals and mainstream press. The continuous debate between cork and screwtops is endless, leading to loads of articles in wine magazines and wine videos alike debating the merits of each. However, most consumers are not aware that cork taint can, and does, have an effect on wine – leading to ample misconceptions and misinformation. Hence, it’s important to qualify that this particular tasting was not meant for the average consumer, but rather, the average professional

As for the vast array of other wine faults, I’ve generally found that words such as reduction, oxidation, brettanomyces are never added to a consumer’s wine vocabulary, and quite often, equally overlooked by wine professionals – reduction being the most misunderstood by far.

The consumer sees wine as a static object, rather than produce, which is perishable. They assume that upon purchase, the wine will remain in a bubble of alcohol, protecting it from the bad, and enhancing the good. What they fail to see is that a wine is a living breathing product, and like a bag of grapes, it can rot or mature over time.

As for the professional, without proper training, they may incorrectly categorize a wine.

Hence, it is of no surprise that this particular session at the LIWF was not only the one that I was most eager to experience, but that I felt the most confused and passionate about afterwards. Having tasted 8 wines of the exact same producer, vintage and style, 7 of which were faulted, I walked away feeling more ignorant than ever before. Sure, I can generally pick out a corked bottle of wine, signaled by its ubiquitous wet cardboard aroma, but the 7 faulted wines I tasted with APCOR were not easy to discern as faulted. Many of the “off” aromas were subtle and elusive. When placed alongside the control wine, I could easily pick out the faulted versus the non-faulted, but without the control, I often remained in the dark.

Over the course of the day, I tasted every faulted bottle several times over, but my conclusions were indecisive. I did, however, walk away with some rather pressing questions as a result of APCOR’s seminar.

My questions are endless, but I’d rather know your thoughts! Have you experienced a successful educational platform on wine faults? Should we better educate consumers, and if so, how?

Please take a moment to check out someÂ  intriguing and thought provoking articles on wine faults: