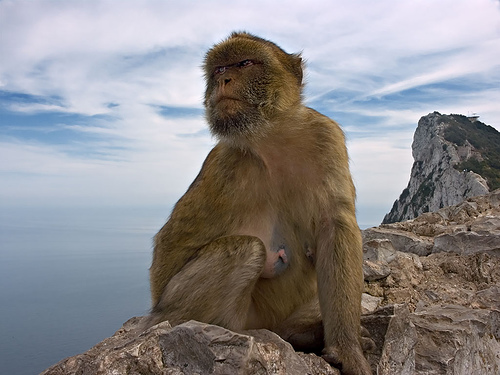 Last week I made the hour-long trip from my home inÂ Jerez to Gibraltar to meet friends at the airport there. I am always up for a trip to this interesting and some might say anachronistic place. The Spanish certainly view Gibraltar as an anachronism. For me, Gibraltar is a fascinating place, full of history (especially military): Perfect for a museum anorak.

Gibraltar is a tiny British Overseas Territory jutting out from southern Iberia and pointing across the straits at Morocco and the Spanish city of Ceuta on the North African coast. Covering just over two and half square miles – less than a tenth of Manhattan Island – most of Gibraltar is steep-sided rock, so there’s no guessing why it’s called “The Rockâ€. There is a land border with Spain, and the only way in (and out) is across the middle of the airport runway! It is slightly strange to be stopped at a barrier while an aircraft lands. (Flickr photo by ForsterFoto)

For 751 years until 1462 Gibraltar belonged to various Moorish kings and kingdoms; then for 252 years it was Spanish. In 1704, during the War of the Spanish Succession, the Rock was nicked by the British. The Spanish have claimed Gibraltar since, and through the years have tried many times – and continue to try – to get it back, however the Gibraltarians are determined to remain British.

Each has left their mark on Gibraltar. The museum contains a restored Moorish baths and the old Moorish castle dominates the town. The most obvious symbol of Spanish rule is the Gibraltarian coat of arms, granted by Queen Isabella of Castile. The British and their old 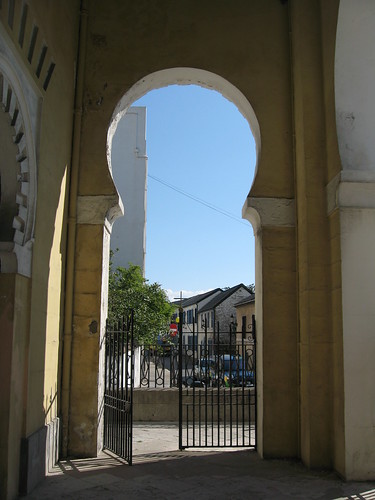 Empire also bring contribution – there can’t be that many Hindu temples in southern Iberia and the Anglican cathedral has a decidedly moorish feel about it. There are also influences from other parts of the Mediterranean, from Malta and Genoa for example. For me the most amusing result of this mixture is hearing Royal Gibraltar Police officers with Italian sounding surnames, in theirÂ “Bobbyâ€ hats, chatting away to each other in the local version of Spanish, which, by the way, is called Llanito.

We have unique access to Sherry in Jerez, but if you want something foreign, something from even as near as Portugal, this can be a challenge. For someone used to London wine shops, where bottles from every corner of the globe can be found, this can sometimes be a touch frustrating.

So apart from all the interesting history, Gibraltar has another attraction for me: A shop called Anglo Hispano. They have a great selection of wines from all over and whenever I go, I pick up two bottles to bring home and try. Only two bottles though, because that is all one can take back into Spain duty free.

Last week’s haul: A bottle of Penfold’s 2006 Koonunga Hill and a bottle of 2007 Beaujolais-Villages by Bouchard Father and Son. I’m looking forward to giving these two wines a swirl shortly…