In the News: Once Again, Portuguese Wine Makes an International Splash! 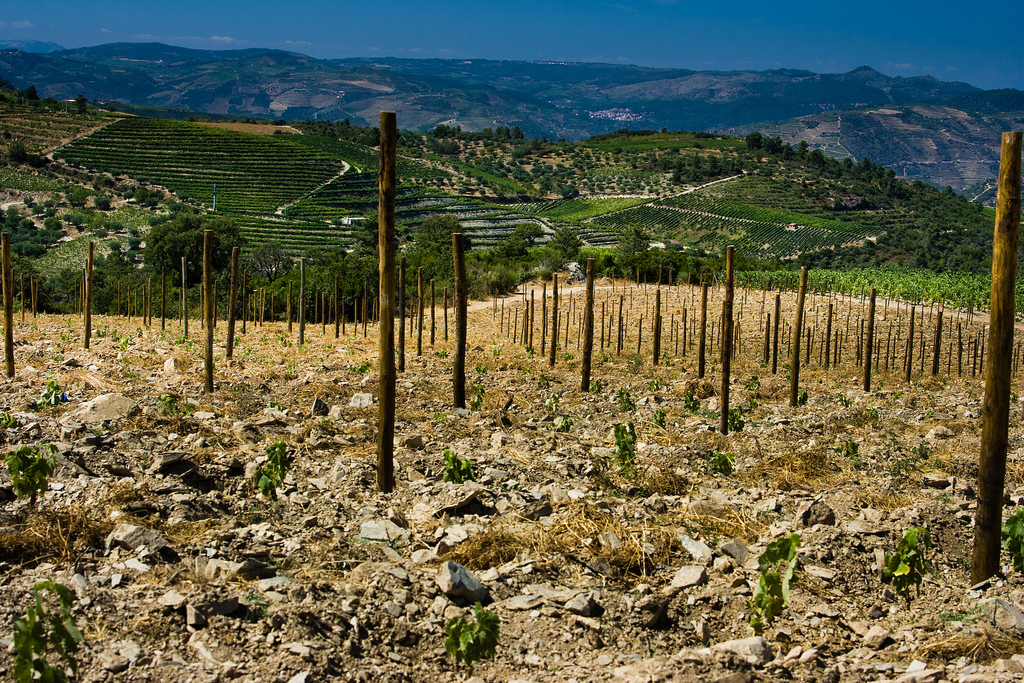 It feels like it happened overnight – the world woke up to Portugal’s prowess in the wine world. Around the globe, wine lovers are recognizing Portugal as more than Port wine to include a vast and variant palette of still wines that range from vibrant and elegant to rustic and robust. Beneath the groundswell of enthusiasm, smart wine makers and wine regions are sitting on the cusp of a modern day renaissance. So, let’s take a quick look at what the world is saying about Portuguese wine.

Need a place to stay on your next trip to Portugal? This week, Forbes covers the new 4 star Design & Wine Hotel,  lauding its innovation and uniqueness. http://onforb.es/1BojXjD

The five suites overlook the Minho River and the Santa Tecla Mountains and rotate 35 degrees two times a day so that the guests fall to sleep looking the mountain and awake looking at the river…. …Wine holds an important place in the Design & Wine experience — the hotel’s bright, airy restaurant serves traditional Portuguese cuisine with a modern twist, while the warm, earth-toned enoteca wine cellar serves up some of the finest local vintages with an emphasis on Vinho Verde, a young wine created from Alvarinho and Loureiro grapes.

New York Times correspondent, Eli Gottlieb, gushes over his rediscovery of Portuguese wine, food and culture. It’s a fantastic meandering article that not only allows you to fall in love with the Alentejo with Eli, but helps you appreciate why Portugal is becoming the foodie capital of Europe. http://nyti.ms/164ylWs

When asked the difference between Portuguese wine and that of other nations, Mr. Duarte didn’t hesitate….“We have 315 different grape varieties, many of them unique to us. We’ve also taken many French grapes and adopted them for our own use.” With a wave of the hand, he indicated the glasses on our table, still filled with the remnants of his elegant, delicious vintages, including several (of his own label) that have regularly landed in the Wine Enthusiast magazine’s Top 100, and said: “You want a velvety and well-balanced wine at a good price? Think Portugal.”

We all know that Portugal encompases more than Port wine, but rarely do we celebrate its rare ability to make such diverse, engaging wines! The Chicago Tribune shares their belief that Portugal is embracing its still wines, while making a splash on the international wine stage. http://trib.in/1CfReRN

…If you travel to Portugal, you will be forgiven for thinking that a digit is missing from the prices of wine on restaurant wine lists. The country makes some of the least expensive but certainly top-flight wines in the world. Our great fortune is that much of it is exported as well.

Rick Steves, a well known American travel writer, has fallen in love with Porto. “Porto is Portugal without the tourists” he says. But be wary. The cat is out of the bag, and we foresee a small invasion of hungry and thirsty travelers headed our way! http://on.thestar.com/1yTL34T

For wine connoisseurs, touring a port-wine lodge and sampling the product is an activity not to be missed. Across the river from Porto are 18 lodges open for touring and tasting. At any lodge, the procedure is about the same; individual travellers simply show up and ask for a tour. Sandeman, the most high-profile company, is sort of Guinness of port, a good first stop for novices. Several tasting spots in downtown Porto, including the Port and Douro Wines Institute, are more convenient though lack the wine-cellar experience.

A quick primer on Portuguese still wine, its grapes and the reasons why you should be drinking it by the magnum! http://bit.ly/1CjfLHa

These aren’t the Portuguese rosés, like Mateus and Lancer’s, that many baby boomers will remember from their youth. Those wines are still produced, but they are eclipsed by a wave of good-quality table wines made from a dizzying array of grapes.

Torna Viagem: a unique wine with a truly amazing history. Learn how this wine travelled across the Atlantic, and its impact on today’s winemaking practices. http://yhoo.it/1z0q1QP

…the well-travelled wine was named Torna Viagem (Portuguese for “return journey”) and, more than a century later, so intrigued the Jose Maria da Fonseca winemakers that they decided to repeat the process. In 2000, six 600-litre casks of 1984 moscatel sailed to Brazil on a tall ship owned by the navy, and the effect was the same. “It’s really something we can never reproduce here at the winery,” Rita says. Some of the original 19th century Torna Viagem remains in the winery’s cellars for comparison.