If I say “white fish”, what Portuguese wine comes to mind? Possibly a crisp, dry Alvarinho? Maybe you’d even go so far to include an Alentejo white made from Arinto or Antao Vaz? All fair combinations, but I doubt you would ever say, “hey, what about a light, refreshing Port wine!” At least I hope you don’t, or else we’ve failed miserably at our job to educate you on the very basics of what Port is – definitely not light and refreshing, nor would I ever suggest you paired it with white fish. Yuck! Go with chocolate.

But over a century ago, two crazy Norwegians saw a void in the market which they couldn’t ignore. In 1865, Theodor Wiese and Dankert Krohn began selling bacalhau (salt cod) to the Portuguese, and then turned right around to sell Port wine back to their native home of Norway. For those of you not familiar with Norway, it’s cold. Really cold! And to warm the body, and the soul, I can only imagine how Norwegians must have quickly succumbed to the unctuous and delicious Port wines. At least I can tell you that we had a glass, or three, of port wine while we were in Stavanger and felt it went beautifully with rich, meaty dishes such as their famous lamb. 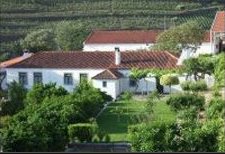 Since the company’s formation, it has exchanged hands on more than occasion. In 1880, Wiese sold his share to Krohn out of respect for the company’s small size – still remaining a commercial agent in Norway. This helps explain why the brand is known as Krohn, but is still under the company name of Wiese and Krohn.

After Danker Krohn’s death in 1903, the company was passed on to two former employees, the Portuguese bookkeeper and the British manager, Gomes Figueiredo and Edmund Arnsby. Gomes later retired in 1921, giving up his shares to Edmund who then took on two new partners; his brother Fredrick and Edmundo Falcão Carneiro, a Portuguese export manager has been employed at the company for over a decade. In 1933, after the death of Edmund Arnsby and the retirement of Frederick four years later, the company was acquired by the second and third generations of Carneiro family under the original Norwegian name.

I don’t think that our Scandinavian origin played a part in our winemaking. At the beginning, it played an important part in the marketing of our Ports, because the Scandinavian countries were our best clients. Things have changed in the meantime – we export to Denmark, Sweden, Finland and very small quantities to Norway, but the central European markets and even the USA and Brazil are now much bigger markets for our House. José F. Falcão Carneiro 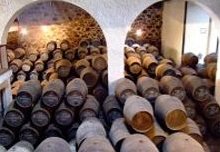 Its stocks of Port have now climbed well over 5 million liters and are stored within six cellars in Vila Nova de Gaia and one cellar, Quinta do Retiro Novo – their main vinification center, in the Douro region. What’s important to keep note, is that their high end ports originate from their Douro House including the Vintage, Late Bottled Vintage and Colheita Ports, as a result of the soils, altitude, slope of the vineyards and low producing vines.

Our specialties are single-year, wood-aged Ports (Colheita Ports), of which some have become mythical: 1863, 1896, 1900, 1961, 1963, 1965 (1900, 1961 are still on sale) and other are probably going to reach that point as time goes by. Their main characteristics are their fabulous complexity, with dried fruits and caramel as dominating aromas, their unctuousness and their never-ending finish.José F. Falcão Carneiro

Both wines were excellent, however this wasn’t my initial judgment. Having tried both directly out of the bottle, I found them disjointed, flat and not very interesting. The acidity seemed out of whack with the 20 year old vintage, and the alcohol felt overwhelming with the LBV. But given a few hours to chill, relax, find its Zen, suddenly, all the planets came together and the ports tasted great. The 20 year old vintage showed sultry notes of hazelnut, cream and caramel with good acidity, nice body and a lovely toffee brittle finish; while the 2003 Krohn LBV gave off a beautiful dark red color, showing dark red fruits, raisin and plum aromas. Nice silky and light mouthfeel followed by a long, lingering cherry, plum finish.

PS: Vinoble, the international sweet wine fair in Jerez starts today, and as much as we would have liked to gone down south to appreciate the wide range of delicious sticky treats, we unfortunately, will not be able to. But don’t fret because we’ve added a new correspondent to our Catavino team, Justin Roberts, who will be reporting back to us shortly with news of his adventure perusing the show.