A Love Letter to Sherry…Wine 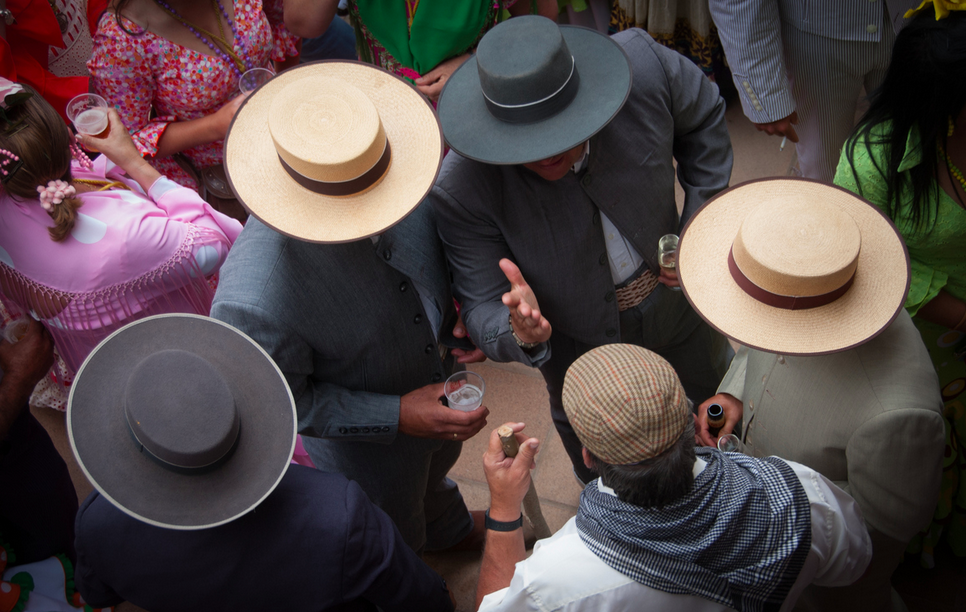 Are you seriously leaving Barcelona for southwest Andalusia?

Err…what’s in Cádiz, other than oranges?

These are only some of the bizarre remarks we faced when telling the world that we were moving to Jerez, but it was a dream, our dream. And no, it wasn’t an easy move. It took us two years to make it a reality, but we just couldn’t escape the draw. The sole culprit? Sherry Wine!

It’s all about duende

Shhh, don’t say it too loud, but Cádiz is one of those scarce places you should visit before you die, as it’s the earthly heaven for any foodie or wine lover. Having been in the wine industry for four years, and twenty plus in gastronomy and travel, Andalusia showed a natural capacity to surprise me in every way. It might be its people, a bizarre mix of elegant, ancient nobility – part of the upper social circles combined with the heart-taking artistic expression from gipsies; or maybe the infinite and magnificent landscapes that magnetized us. Whatever Andalusia is gifted with, it’s something more than quotidian talent.

Andalucia is blessed with duende, a lovely word to explain a state of emotion and inspiration you feel the moment you arrive.

Duende is considered a mystical concept and is often associated with flamenco. Personally, I like to extend it to the wines in Jerez, because there is something irrational that makes you breathe wine every second. Talking about Jerez is talking about 3.000 years of wine making tradition.

Phoenicians started making wine in Cadiz region three millennia ago; it wasn’t by chance, but due to the double natural capacity of the albariza soil to retain water during the short but intense raining period and then to release it during the hot summer. Walking on albariza is a rather fun, yet calming, experience. It’s soft and almost fluffy. And it’s shocking to see how happy vines are even when the city is in the midst of an oppressive heat. We’ve been lucky this year with a very mild uncommon summer, considering Jerez can easily reach 40º C in the middle of the day in August. From Sanlúcar de Barrameda at the Western side to Puerto de Santa María and Jerez, the famous named Sherry Triangle, albariza guarantees the survival of the three local varieties accepted by the appellation (Consejo Regulador de los Vinos de Jerez): palomino fino, pedro ximénez and moscatel. 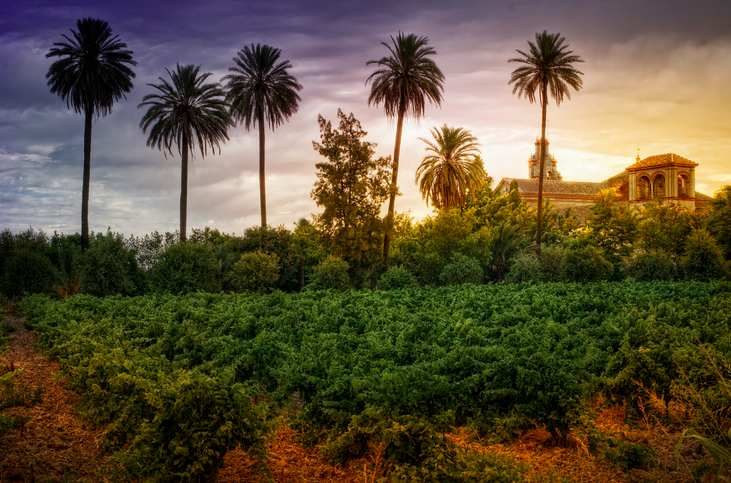 But there is something more that makes it all magic and it is called flor. Flor is how winemakers in Jerez call the film of yeast that stays at the surface of the wine and is naturally produced due to genuine climate conditions of the area. Flor is responsible for that distinctive fresh, dry and sharp taste. Believe me, it’s dangerously addictive. I drink fino or manzanilla at any moment, I don’t need excuses, better if they are over five or six years old, fully bodied and with strong character. And for those who share passion for spicy food, don’t miss a glass of amontillado, it enhances spicy flavour to the infinite. And have you heard about the mystery of palo cortado? Then you need to come to Jerez.

Vocabulary complexity goes on with the solera ageing system which is the third pillar sustaining sherry personality. In fact I call sherry makers “ wine archaeologists”. Their goal: selecting meticulously centenary wines from every criadera to guarantee these noble wines keep their soul, as they get older and older.

But sherry has a fourth power; it brings people from all over the world together. It’s a social connector. It’s easy, look at us, we left everything for the sherry spirit because people from Jerez emanate a special energy that will never leave you, nor forsake you. Social life revolves around mealtimes and sherry is always present. Food, wine and flamenco are Jerez’s religion. Being in Jerez, or anywhere in Andalusia, is all about being social and sharing time. The extroverted and open nature of locals is extraordinary, may it be fruit of the historical mixing of cultures during thousands of years between Greeks, Romans, Arabs and Jewish. Newcomers are welcome. Few cities arouse passions as Jerez does. Definitively, sherry wine has duende.

Our last encounter was gracious and unexpectedly enriching and for the insane love of sherry we found ourselves to spend three days with Issei M. from Japan and Helen Highley from Scotland (we suggest you to take a look to her blog Criadera), tasting sherry wines, eating jamón ibérico de bellota, meeting locals and having fun during Jerez harvest festival. They are definitively in search of authenticity and tradition, but see with good eyes evolution with sense, and come year after year. Amazingly the party ended at Momoko’s* house toasting with a glass of oloroso and a delicious Japanese homemade banana cake. 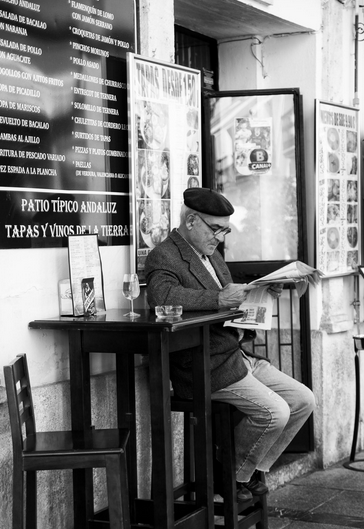 Jerez: the Mecca for wine lovers

I have to admit oenophiles we tend to be epicures, not only because of our special sensitiveness for appreciating fine food and drinks but because we like to understand where a product comes from and how it is grown, manipulated and served to us, the final consumers. And Jerez region is a natural gourmet paradise, where blue fin tunas arrive every year to spawn, Retinto cows freely lay on the beach and olive trees show you the path. But coming back to wine, sherry is not the only one, still wine was produced well before. Still wine in Cadiz? Absolutely, some of the oldest pre-phylloxera vitis vinifera wild varieties are found here such as Tintilla de Rota, Palomino Pelusón, Perruno… Very few survived and in the last ten years individual private projects are trying to rescue their native value. And that is one more asset to strongly consider. They are real people with real names: Rocío, Eduardo, Alejandro, Carmelo, José Antonio, Laura, Willy and many more fighting with conviction.

Jerez is passion and action intertwined with tradition and innovation.

Could you possibly need more reasons to explore Andalucia and fall in love with Sherry Wine? No, I’m going to say that it’s simply time to come visit!

* Momoko Izumi is an official venenciadora and sherry educator from Japan living in Jerez for over a year working in a research project.

Valeska Idarraga is a co-founder of Paladar y Tomar, an Andalucia culinary and lifestyle travel website. Born in Barcelona, she is a  journalist and marketing expert, who’s inherited a passion for cooking from her grandmother, a former Basque top chef. Today, she’s launching a boutique travel agency specialized in tailored luxury gourmet and local experiences in Andalucia.