Must Try Super Bowl Appetizers with a Spanish Flare! 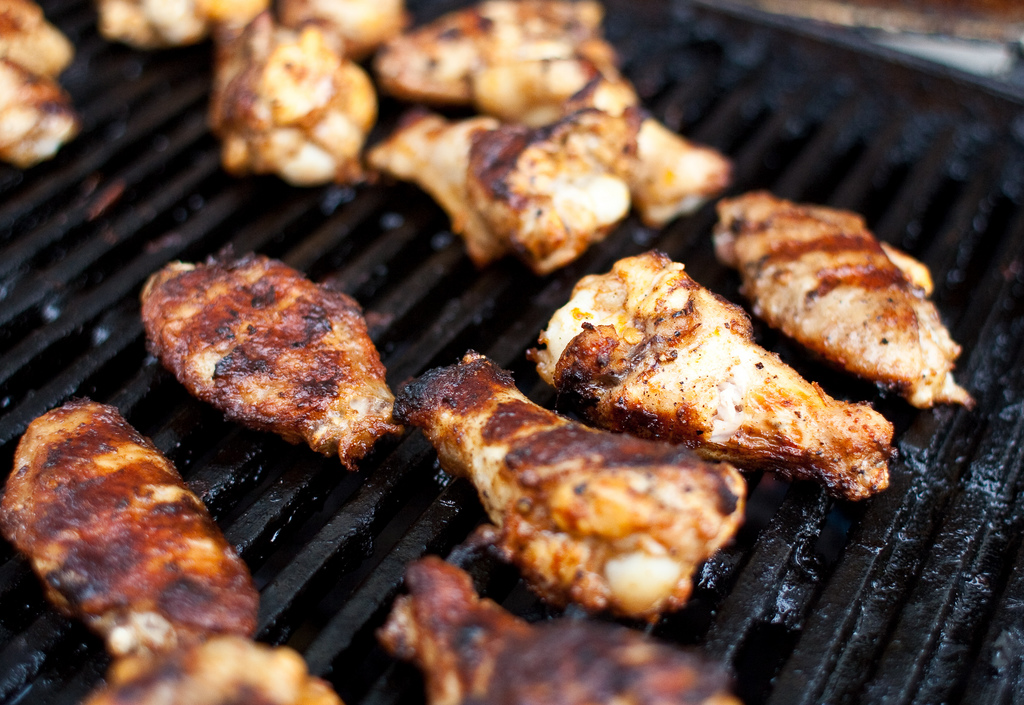 Football in New England and football in Barcelona don’t really see eye to eye. Both teams have their fanatic fans and both sports are filled with epic moments of glory and bitter moments of defeat, but in Spain there are always two questions:

“Do people really watch the Super Bowl just for the adverts? and why is it called ‘football’ if you don’t kick it?”

The Spanish may not fully understand American football, but they certainly identify with soul-nourishing family feasts that stretch leisurely on until long after the sun goes down. However, the tradition of the “big game” party isn’t nearly as strong in Barcelona as it is in the United States. For big football (soccer) matches, people here usually prefer to be in a bar than at home, but you can easily take typical flavors of Spanish and Catalan cuisine and adapt them into an easy and delectable Super Bowl Sunday spread.

Super Bowl parties have been associated with steaming heaps of creole rice stew ever since the battle cry of “Jambalaya” was bizarrely seized by New Englanders during a New Orleans-hosted Super Bowl between the Patriots and the Packers in 1997. This dish soon began to appear on restaurant menus and in home kitchens, but many often overlook the fact that Jambalaya— a French/Spanish stew of smoked sausage, shrimp, and rice in a tomato base— is a handsome descendant of the Spanish paella. Along the Mediterranean coast of Spain, no dish is more ubiquitous with a family gathering than paella, so why not give your Super Bowl menu an Iberian twist?

Here we offer a few excellent recipes to base your meal around next Sunday, but that’s just a start! If you want to fill out the food offerings at your party while keeping with the Spanish theme, a successful fete is easy to execute. Start by laying out some hard, sheep’s milk cheese like Manchego along side a big pile of spicy Gordal olives. Present your guests with bright little anchovies marinated in vinegar (fast and easy to make from scratch at home), and for an simple hot “tapa” that everyone will love, slice some Spanish chorizo in thick pieces and simmer it in red wine with thyme and garlic cloves until the sausage is fully infused and tender. Serve it in little bowls with the broth.

For those of you keen to get your barbecue up and running, why not serve any (or all) of the following: Spanish Spicy Chicken Wings, Valencian Paella or Asturian Fabada (our answer to chili)! These recipes are not only easy to make, but are pure gluttony. This Sunday, despite it being well after midnight here in Spain, let’s crack open a bottle of Spanish Cava together and cheer with spicy hot Spanish chicken wings!

Sam is originally from Boston, MA. USA. He studied ecology and Spanish language during his undergraduate degree at Hampshire College (Amherst, MA). He then went on to train as a chef at the prestigious Culinary Institute of America (Hyde Park, NY) and earn an introductory certification from the Court of Master Sommeliers in 2013. He currently lives in Barcelona, Catalunya, Spain and works as a Community Manager and Content Creator for a Barcelona-based Social Media agency. He also is an active culinary tour operator specialized in historic gastronomy tours of Barcelona, and works as a freelance food/travel writer for several outlets. Find his Blog:  Zucker & Spice Travel. Follow his Barcelona lifestyle on Instagram: @saz444 and Snapchat: @sam_zucker