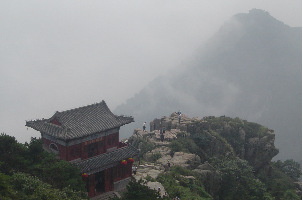 Editor’s Note: As many of you know, we diverge from Iberian wine every now and again to give you new perspectives and experiences on wine from abroad. This week, our Chinese correspondent, Edward Ragg, of Dragon Phoenix Fine Wine Consulting gives his the first installment of his series on how he became a Chinese wine consultant in Beijing.

First off, a few qualifiers: I am not Chinese nor am I a consultant to Chinese wineries; although, for better or worse, I have tasted my way through multiple Chinese wines, if only a handful overall from a country that boasts several hundred wineries in Shandong province alone.

Sadly, I’m not a master of Chinese either; and currently grasp only enough of the language to get me into trouble or fool taxi drivers into thinking my linguistic skills extend beyond “Turn Left”, “Turn Right” or “Please go to the end of the street”. These are the phrases most ex-pats here obviously have to learn; and, sadly, what most of us only have time to learn. After the usual practical banter, I typically fall at the first hurdle when it comes to intimate questions about my family, salary and what I’m paying on rent (apartment and office): questions just about every Beijing taxi driver will gladly ask.

So it’s with a sense of caution that I talk about anythingÂ  Chinese, or indeed Chinese consumer responses to wine, relying as I do on my wife Fongyee’s far more competent language capabilities. Nevertheless, through team-work or otherwise, we have been hugely fortunate in seeing the beginnings of a wine culture evolve in China’s capital and further a field; and are now lucky to have contacts across the entire industry, many of whom are increasingly willing to divulge information as we try to put an overall picture together. Excitement is never far away. Any given week can spring up just about any range of requests and invitations: from opening a wine store in the deeper recesses of Hubei province to tasting the world’s most iconic wines with a Beijing crowd almost entirely new to wine.

Even more startling is that it’s now coming up for two years since we left peripatetic academic jobs in the UK and decided to apply our combined skills as educators, wine lovers and consultants to the Beijing and wider China scene(s). We’d been spoilt, to be honest, learning to blind-taste as graduate students at Cambridge University competing in blind-tasting competitions in the UK and France and being exposed to MWs (Master of Wine) and the cream of the British wine trade, not to mention the huge array of wines the UK itself offers. But we’d also used that time to explore food-and-wine matching possibilities with Chinese cuisine(s) at least from what Chinese ingredients we could source in leafy Cambridge shire.

When we touched down in Beijing in January 2007, then, it was with a sense of excitement and trepidation. Previous visits to the capital had enabled us to gauge what was available wine-wise in various spots, off- and on-trade. But the sheer expense of most everyday drinking wines, add import costs plus about 48% tax from three separate local taxes,Â  hardly made, on first glance, for a wine lover’s paradise. One of our very first pieces of journalism here was, in fact, on getting the most out of your QPR (quality price ratio) which usually means going to New World producers. In China this is especially the case because of the frankly baffling prices that pertain to anything French (regardless of quality).

Also, if you consider that some pretty undrinkable Chinese wines can retail from anywhere between 40-600RMB (or staggeringly daft sums above that generous bracket), with a fair slew being in the middle at say 100RMB, and you then consider that some everyday Aussie and Chilean wines also retail around 100-120RMB, then, well, it’s a no-brainer. Most Chinese wines, blended with bulk imports or made from genuinely Chinese grapes only, are just not up there quality-wise and the Chinese buy them for essentially gift-giving (what a gift!) or patriotic reasons. Will this last as people actually get palates for themselves? That’s a question which still isn’t answered as things develop predictably slowly over here. And there are only a handful of Chinese wineries that will be able to compete in terms of quality.

But I suppose the first thing that struck us, really, was just how damn dry the Beijing air is in winter time (and autumn, it transpires). I’d never actually been to China’s capital during winter, so this came as something of a shock. Even the most cosmetic-resistant of males has got to admit that without moisturizer it is not really possible to survive a Beijing winter unless one actually wants to look like some of the delectable dried products gracing Beijing’s market stalls. Beijingers actually buy humidifying machines during the autumn and winters months to deal with the problem (a far cry from my father’s UK cellar where a de-humidifier is required).

Which raised a question:

what was happening to wines under cork on already warmly and brightly lit supermarket shelves in an environment so dry most people don’t open metal doors or touch elevators buttons with their fingers for fear of getting massive static shocks?!

What indeed, When two pairs of hard-leather shoes cracked magnificently along the toe-line a few months later, I knew the Beijing winter was nothing to mess with. But thankfully there were already a few promising wine tastings to be had around town and emails coming in about winemaker dinners and other wine-related events. Something was up.

Edward Ragg & Fongyee Walker write for us from Beijing, and you can get more information on their website, Dragon Phoenix Fine Wine Consulting