Editor’s Note: Edward Ragg comes to us today with yet another two part series on the day and life of a Chinese wine consultant. And as much as it may seem like Catavino is slowly becoming an East Asian wine blog, with posts from both India and China, rest assured that we’re still Iberian focused. However, we all need to glean experiences from others in the world, and with China becoming a hot spot for Iberian wine exports, it makes sense to touch base with an expert. Enjoy the post, and stay tuned for the second part coming up tomorrow!

Last month I began Confessions of a Chinese Wine Consultant: what I hope will be a series of posts devoted to the realities of working with wine here in China; especially in Beijing, but also on the back of repeat trips to Shanghai, some frolicks in a few other “first’ and “second’-tier cities, with the promise of odd reports (I mean “odd’ as in occasional) from some remoter locales and various vineyard sites.

But having bemoaned Beijing’s winter-time aridity last time round – and wondering about the logistics of selling/distributing wine under sometimes adverse conditions, dryness included – I’d like to rewind a little. Why Beijing? Why did Fongyee and I hit upon China’s capital – “central’ and politically powerful though it is – when the real wine hubbub must surely be flowing in Shanghai, one of the country’s most significant ports and where over 70% of China’s alcoholic drinks imports are thought to enter the PRC?

Shanghai does have the most sophisticated and extensive wine market, to be sure. But our propulsion to Beijing grew out of a number of push and pull factors (I never knew the drive for wine could be so “physical’Ã¢€Â¦):

1. The very fact China’s capital was thought to be more than a “little behind’ Shanghai suggested opportunities for furthering wine education/training programmes;

2. As the political centre and focus of the Olympics, Beijing would obviously be a significant place to begin, not least owing to the different groups of wine lovers emerging there (politicos, heads of national organizations, artists, national media, even the large student population soon to be China’s future);

3. The city itself is a construction site which, for better or worse, heralds a new age (as I write someone has just started what can only be described as flatulent drilling two floors upÃ¢€Â¦ At night Beijing is lit up, beyond the neon, with welders’ sparks). Although Shanghai is no different in this respect, the obsession with opening multiple five-star – and some six-star – hotels was bound to affect the Beijing wine market;

5. Beijingers have a traditional regard for education/learning (this is not a comment intended to denigrate the ShanghaineseÃ¢€Â¦.);

6. Beijing has better food! (I’m sorry, but the city does offer the cuisines of every single Chinese province as well as international fare from around the world);

7. Fongyee already knew the place and…

8. The buildings are actually heated in winter (not a luxury Shanghai enjoys).

But I don’t want to add grape spirit to the fire that is Beijing v. Shanghai; and hope rather to conjure up a few memories of the Beijing wine scene back in early 2007. If this sounds not all that long ago, it should be said that things really do happen very quickly in China; and, even if the overall size of the market for imported bottled wine remains small by international standards, that market is almost doubling in size every year. (What the global economic situation will do, of course, remains to be seenÃ¢€Â¦ but we haven’t witnessed a noticeable decrease in at least fine wine consumption here).

In early 2007 the selection of wines in Beijing’s supermarkets was pretty dire and there was next to no wine retail (retail chains are much more of a phenomenon in southern China). Some wine stores popped up, often with slightly baffling stock; and a more serious chain, Top Cellar, began to develop (although they became swamped by offering free wine tastings). For those interested in imported wine, purchasing and consuming at on-trade locations or buying directly from importers were the only ways to go. You might think that Chinese restaurants would be beset by some odd ideas as to how to organize a list, but many start-up “Western’ restaurants (and more established names) didn’t exactly wow wine lovers either. Even allowing for Beijing not being London or New York, you had to wonder at the ruthlessly “Wild East’ atmosphere, with such practises as restaurants being “incentivized’ into getting all of their wine from only one importer and thereby essentially locking out any real freedom of choice for the consumer.

Edward Ragg & Fongyee Walker write for us from Beijing, and you can get more information on their website, Dragon Phoenix Fine Wine Consulting 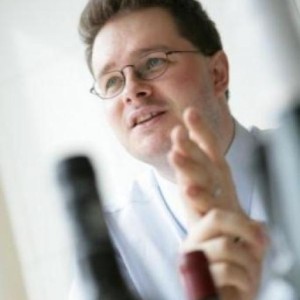