Part II: What does it Take to Become an Expat Winemaker in Iberia? 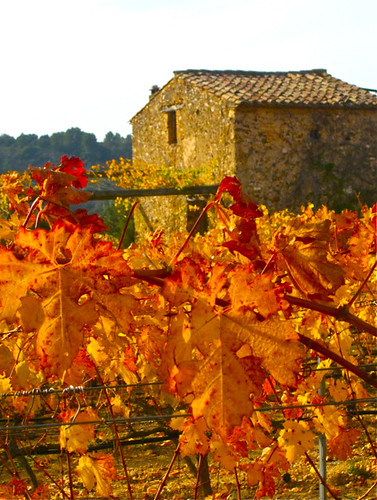 In our last article, we discussed the trials and tribulations of being an expat winemaker in Spain and Portugal. We learned that picking up your entire existence and moving to another country can offer considerable challenges that come in the form of cultural misunderstandings, language barriers and assumptions. However, these hurdles, though not without their emotional turmoil, can be extraordinarily satisfying as they help to broaden our oenological understandings, break through our limited sense of cultural norms, and provide us an incredible depth of being that can only be felt when we truly experience risk.

Today, however, we’re going to veer towards the more humorous side of making wine in a foreign land. If you’ve ever traveled abroad, or even to a neighboring region, you are well aware that everything from gastronomy to store hours can change dramatically, but rarely are we in position to consider the intense adaptation one must make when weather has taken the evil upper hand. John Lipscomb of Bodegas Lipscomb & Tobella shares his rather dumbfounding experience as temperatures in the Priorat top well over 100 degrees.

“In 2003, Nuria (my wife) and I had to pass by a finca near Bellmunt in late July to drop some clusters from overloaded Grenache vines. This was the year of the extreme heat wave in Europe and since the vines weren’t maturing the fruit we decided to give them a hand. On this day, we arrived at the finca at around 11:00am and it was over 42º C. We worked for about an hour and then all of a sudden I noticed that my feet we burning…I mean literally burning like they were on fire. I look down to see that the rubber (nitrile) soles of my boots had separated and fallen off due to the extreme heat, and I went running for the car as fast as I could! Needless to say, our little fruit dropping jaunt was over for the day (yes, I did receive first degree burns on my feet). That was our first harvest….what a doosie!”

Ryan and I have also experienced the heat in the Priorat, akin to the Sahara Desert! It pierces the skin, and leaves you so parched that you’re desperate to get on your hands and knees and suck the dew off the vines. Wait…did I just create a fabulous marketing opportunity for eager water producers? I get royalties on this one: Uva de Rocío.

Curiously, I’m quite surprised that we didn’t receive an expat story about the hairpin turns in this region, which can you leave you white-knuckled and desperately wishing you had politely passed on that last helping of chorizo at lunch. They are undoubtedly some of the worst roads I’ve traveled on for car sickness, and I would imagine, a rude awakening for any expat native to gentle rolling hills or uninspiring flat tilled soils.

But of course, one can’t move to a foreign land and avoid the odd mishaps with the locals. As told by Daniel Ramos of Zerberos Finca, the magical transformation from grapes into wine can be perceived in dramatically different ways depending on where your standing, “One of the first times I went to buy grapes in the Cebreros wine region, I had to change the mentality of the “paisanos”. They used to collect the grapes at harvest time in plastic sacks, and used to say that nothing happened if they brought the grapes into the winery a week after picking and pressing the grapes in the sack, in the fincas under the sun and the rain, etc. They always used to tell me, after my complaining that it shouldn’t have a vinegar smell, that “para eso está el químico” (that is what the winemaker is for). We have to be thankful that I could not buy many grapes during that first harvest; and today, these ideas are nearly forgotten.”

Many years ago, while debating whether we should move from Madrid to Barcelona, I was given this perfect piece of advice from a dear friend,  “Life is like wine, the longer you take to enjoy it, the more chance you’ve got of it tasting like vinegar.” Poignant words when your first harvest might produce wines destined to be in your next marinade. We’ll be writing a fuller article on his wines in the near future.

Our last, and final, story comes from Clara Verheij and André Both of Bodegas Bentomiz who used innovation and hutspah to market a new wine from a brand-spanking new winery. “When in 2004 we bottled (manually) our first ‘modern and professional’ sweet moscatel wine, we considered it was very good quality. We had a very limited production, maybe about 500 liters. Where to go to sell and promote it? Not to a supermarket. We decided to go straight to the top and booked a table in a 3-star Michelin restaurant in Holland. Two days before the booking, we called the sommelier and told him we were winemakers having lunch in his restaurant the day after tomorrow. Would he mind if we brought him a bottle of our wine? He didn’t mind at all. At dessert, the Ariyanas Naturalmente Dulce was opened and served, and tasted together with the sommelier, who was DELIGHTED and immediately expressed his wish to work with the wine.”

And as to their sticky, well, it’s damn good! We featured their 2006 Ariyanas Naturalmente Dulce at the 2008 European Wine Bloggers Conference in La Rioja Spain, and it went over like gangbusters. Pure peach and floral nose; delicate, ripe fruit, on the palate and a gentle, elegant acidity that makes your knees buckle. In short, not bad!

We’ll have one more post, summarizing our impressions of these various and diverse expat wines, but for now, please share with us your funniest story as a winery owner? I trust you have a few in your back pocket you’re dying to share!