Pla i Llevant: An Island Region of Growing Quality 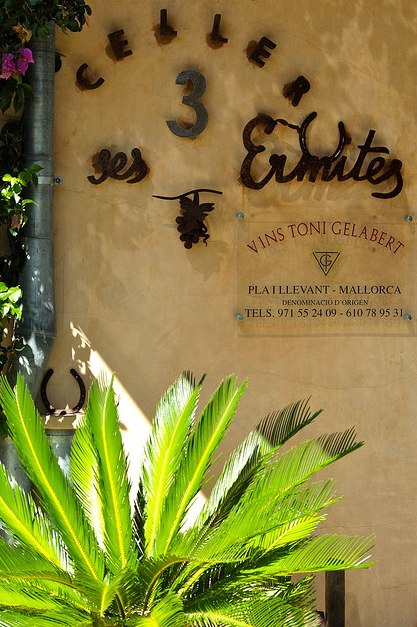 I feel a little sheepish to admit this, but Catavino has never been to an Iberian island. Of the 30+ islands floating carelessly off the Spanish, Portuguese and North African shores, we’ve only heard rumors of their incredible beauty, natural diversity and ample tourism. The Balearic Islands have sat squarely on my radar for years, in part, because rumor has it that my great grandfather, Jose Antonio Reynes I, prior to moving to Cuba, and eventually to New York, just may have roots in Mallorca.

Mallorca comes to Catavino’s pages today not because we’ve visited its shores, but because a close friend of ours was kind enough to give a tertiary introduction to its gastronomy. Marc was born in Barcelona, making him a tried and true Catalan, but his parents are anything but Catalan. His father was born and bred in the wine region of Somontano, a stunning Spanish wine region located in the northwest portion of Spain, while his mother has deep and extending roots in Mallorca. Consequently, Marc finds himself on the islands frequently, taking full advantage of his grandmother’s citrus trees, fresh fish and the handful of wines that grace the island’s terroir. And as any dear friend knows, a bottle of “exotic” Iberian wine will not only place you in the good graces of Catavino, but might also award you a barbecue at Catavino HQ. And so it was….Marc was kind enough tot bring us two wines from Pla i Llevant from the island of Mallorca.

Mallorca is broken into two wine regions, Binissalem Mallorca and Pla i Llevant. Today, remain focused on the latter of the two.

Named after the “plain and east coast” in Mallorqui, Pla i Llevant is the youngest of the 2 wine regions that originally fell under the name Felanitx, consisting of 1,000 hectares that were marketed exclusively as table wines for the tourist market. However, as more gourmands became cognizant of the islands impressive cuisine, the wine industry shifted to the market’s needs by fashioning quality wines to pair with the island’s vast array of haute cuisine. The result, in 1999 Pla i Llevant was reclassified as a DO producing area with 335 hectares under vine.

The regions primary grapes are a hodgepodge of both native and international grapes. Native red grapes are few, consisting of Callet, Fogoneu and Manto Negro, intermixed with the more commonly known Tempranillo (Ull de Llebre in Catalan), Monastrell, Cabernet Sauvignon and Merlot; with experimental plantings of Pinot Noir. For whites, Prensal Blanc(Moll) is by far the queen, thriving in hot and steamy environments to create fruit forward wines with loads of structure. Secondary white grapes include Moscatel, Macabeo, Chardonnay and Parellada with experimental planting of Riesling and Giro.

Mind you, the region is not restricted to still wines alone; sparkling wines, fizzy wines called aguja (translating to needly or prickly wines) and fortified wines are also present. 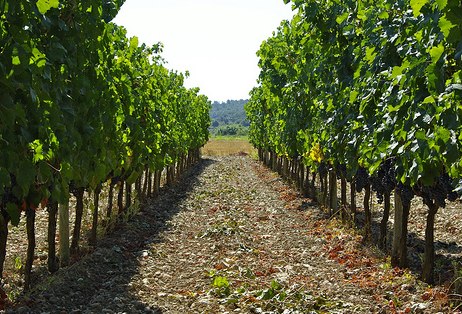 We tried both the Son Fangos by Toni Gelabert and the Cabernet Sauvignon by his brother, Miquel Gelabert, two estranged brothers who’ve garnered a name for themselves despite their intense family differences. In 1979, Toni created his small, artesanal bodega alongside his brother, or so rumor has it, but when the winery eventually gained a prominent reputation among Mallorcan wineries, the brothers split, forcing the creation of 2 distinct wineries: Vins Miquel Gelabert and Vins Toni Gelabert. Dedicated to biodynamic winemaking, Toni own 9 hectares with plantings of Cabernet, Merlot Syrah, Callet and Pinot Noir, of which most are aged between 12 and 15 months; while the white varieties generally age for 3 months and consist of Giro, Chardonnay, Macabeu and Riesling.

His brother, on the other hand, is one of the most recent additions to the Pla i Llevant wine troupe, as well as one of the smallest, founding his winery in 1985. The vines range between 4 and 60 years of age in six distinct estates: Es Rafalot, Son Caules, Es Morro, Son Nadal, Can Bota and Savalleta.

What’s the verdict? To be honest, neither of wines were absolutely stunning, but the Son Fangos was at least distinctive. Incredibly tight when we first opened the bottle, making for a very astringent experience, it wasn’t for another hour that it finally opened up and showed deep raspberry and smoked cherry notes. With our grilled ribs and roasted vegetables it was a perfect match.

In the end, we can’t wait to get to the islands to visit. While these two wines were enjoyable, there have been many others from the regions that have excited the senses. Now to book a ticket, pack our sandals and holster our corkscrew!