Planning Your Ultimate Roadtrip in Spain: Where Automatic Cars are the Exception, and Not the Rule 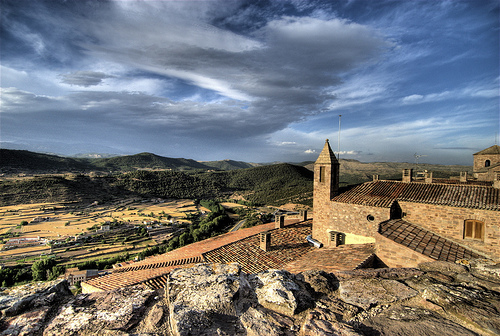 When it comes to driving, I was a late bloomer.Â  Even though I grew up in a suburban town (with little to no transportation options) I didn’t get my driver’s license until I was 20.Â  The only reason I got it then was that I was about to leave Canada to see Europe and I thought it might be a useful thing to have.Â  As it turned out, I didn’t drive again until I was back in Toronto a few years later.Â  My trip across Europe had turned into nearly three years in Madrid and I just never had any call to use that license.

I’m still not a fan of having a car in the city – especially as I work from home and don’t need to move around town much – but I do enjoy the freedom that having a car offers.Â  In fact, I like driving in general.Â  Perhaps because I do it so seldom, even traffic doesn’t bother me. (Flickr photo by wili_hybrid)

Since coming to Spain in June of last year (2008) I have driven from Barcelona to Valencia once, and from Valencia to Madrid and back twice.Â  Now that I have a taste for driving in Spain, I heartily recommend it as a way for visitors and residents alike to see this wonderful, fascinating country.Â  Not only can it be a cost-effective way for small groups to get around, but it also lets you see what’s off the beaten track – and who doesn’t like that?

If you are planning a road trip in Spain, there are a few things that you should keep in mind to make sure that your trip is as much fun and as possible, such as what you need to carry with you in the car (reflective vest, spare bulbs etc.), speed limits, general rules etc. Â Â For a detailed list of observations, click here. Â If you are coming from outside of Europe, like me, you may want to take a look at the Spanish road signs to make sure that you understand the all.Â  (Ignorance is not always bliss.)

I have found a few inexpensive places to book rental cars on-line and, in general, it seems that prices here in Spain are fairly reasonable.Â  A rental car comes equipped with everything that a car legally needs to have in it at all times (except a spare pair of glasses if the driver wears them), which is an easy way to make sure that all the ‘t’s and ‘i’s are crossed and dotted.Â  If you end up borrowing a car from someone, double check before pulling out.

While you can find some automatics for rent in Spain, the default is standard.Â  If you’re from a country like Canada where you can get a license to drive without knowing how to drive a standard, keep this in mind when booking a car.Â  Now probably isn’t the time to learn.

I highly recommend getting a good road map for your trip.Â  This may seem old-fashioned for the GPS or TomTom lovers, but there it is – I’m old fashioned.Â  Whichever means of navigation you choose, make sure that you build in time to stray off course and explore a little.Â  After all, that’s the fun! 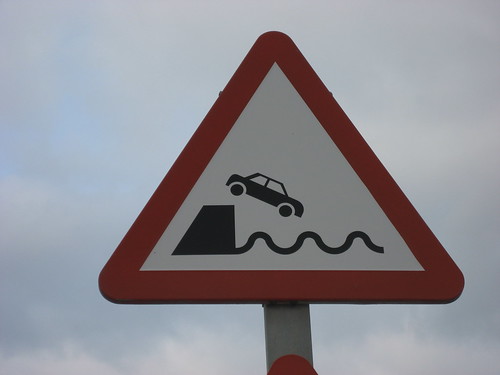 Driving in a foreign country can be intimidating.Â  What are the rules about parking?Â  Will the drivers all be aggressive?Â  (For people from most parts of North America) What do I do at a roundabout?Â  If you don’t think that you are going to be comfortable, don’t drive.Â  It’s meant to be fun, so keep it that way.

My own experiences have been quite positive.Â  The free-for-all in Madrid where multiple lanes come together in a giant roundabout in front of Atocha Station had me concerned for a second, but I found it rather easy to move my way over to the far left in the end.Â  Where I half expected agitated honking as I signalled my way across four lanes or so, I met only yielding cars.Â  The rest was even easier.

Highway traffic has been a pleasure.Â  On all the highways I’ve driven in Canada and the US there seems to always be someone driving just below the speed limit in the fast lane.Â  Here in Spain – so far, at least – I haven’t seen this kind of stubborn approach and cars don’t usually cruise along in the left lane but seem to use it for passing as it is intended. (Flickr photo by caswell_tom)

The next chance I get, I will be hitting the open road in search of more Spanish adventure.Â  I can’t see us buying a car here in the old quarter of Valencia where lack of parking and narrow, one-way streets conspire very effectively against drivers, but I can see us happily speeding down the highway in a rental.Â  Oscar, our three-year-old, loves the car (for the most part) and the freedom that road travel affords over trains etc. means that we can easily face whatever challenge he throws at us.Â  It’s a win-win.

There may just have to be a whole other post on Spanish road-side restaurants after the next voyage.Â  Let’s just say for now that they have their own world of charms to offer the weary.