Politics, Practicality and Pomp: The Battle Over the Future of Spanish Wine 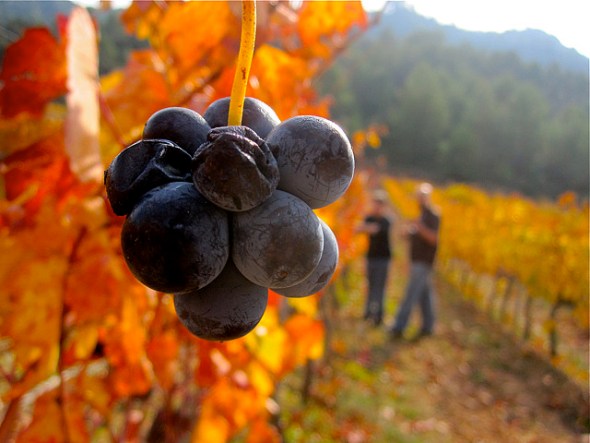 Editor’s note: All views expressed below are solely that of the author.

All good things must come to an end. And it seems sadly appropriate that, after six years, Catavino – a site that mirrored so well all that was burgeoning and metamorphosing in the Spanish wine world – closes its doors just as the outlook for Spanish wine gets bleaker.

Of course, I don’t need a crystal ball or the touch of a soothsayer to tell you that the European Economic Crisis – and Spain’s part in it – will exact its cost from the wine industry here. Perhaps the best that some can hope for is that a depressed Euro or, dare I say, Peseta will encourage export.

Similarly, Spain’s politics is going in a predictable direction. Recently, someone I know posted a picture on Facebook of Spain’s (surely incoming) Center Right, own label, Ribera del Duero. ‘D.O. Mordor, surely…’ someone replied. Quite.

But it’s not just the Eurozone Crisis, or the political future, that tells me the good old days are over. It seems the fates have been conspiring for some time. Take for instance Robert Parker’s handing over to Jay Miller a couple of years ago. Once (remember the days?), Parker’s top scores were catapulting producers here into the American stratosphere. You didn’t have to like what Parker was giving 90pts to but you had to admit it felt like the boy from Maryland had got his snout in the trough and was finding some impressive and interesting wines. It was exciting – at least because it got us tasting the likes of Clos Mogador, Contador, Pingus, etc. Even if most of us dismissed it them as ‘typical Parker wines’ or ‘overblown and overdone’ at least we were tasting Spanish wines with new interest – many of us (myself included) had never even tasted Jumillan Monastrell. Parker’s ‘magic’ had come to Spain.

Nowadays, we have Jay Miller who basically recycles the scores Parker once gave us and who, one must admit, attracts scandal like no-one I have seen before. Even if you’re a Jay Miller fan, you have to admit his path is strewn with uncomplimentary talk, from the original Sierra-Carche scandal (google it if you must) to the latest gems of comparing a great wine to great pornography and well, just search ‘jumillagate’ or ‘murciagate’ to find out what one region spends to have Jay Miller visit. In Jumilla‘s case: €29,000. Objectively speaking, not a lot of the talk around Jay Miller can be laid at his door but it is surprising that so much of it gets out and sticks to him – if you’ll pardon the expression – like shit to a mattress. I once wrote that I felt sorry for him. I still do.

But I feel more sorry for Spain. When it lost Parker, it undeniably lost a selling point (interestingly, most of Miller’s 100-pointers are still attributed to ‘Parker’ or his publication the Wine Advocate).

Now it loses Catavino – perhaps a greater loss. But I would say that, wouldn’t I, being a writer for them. But in my defense, it was impressive to go to a tasting in Madrid or Toro or Aranda del Duero and find yourself talking about Ryan and Gabriella Opaz. Spain had it good while they were around and one day, perhaps, a few people in the Spanish wine world will understand the lessons that they could have learned. There’s nothing hidden about what I say, I am simply pointing out that Ryan and Gabriella showed – through the medium of the internet – what could be achieved. If wine regions are spending €29,000 on having a well-known taster over, perhaps someone will wonder whether the money might not have been better spent on Social Media.

Would that such a couple descend upon the likes of France or Italy?

There’s no point bemoaning the future without first looking at where we’ve got.