Portuguese Wine and Fado: Music for the Soul

It seems fitting that the first time I heard Portuguese Fado music was when I was working as a cook in a local quirky cafe. For cook read ‘starving musician’ begs friend for job! So there I was in the kitchen, diligently cooking chourico when the soaring voice of Mariza wafted into the kitchen. The cafe was full that day. It was a place where the community came together. There was the old gentleman in the corner who always brought a book and nursed one cup of coffee and the family whose children regularly clamored for milkshakes. There were business meetings conducted over Eggs Florentine and hangover parties fortified by hearty breakfasts. By night we had candlelit tables and served tapas along with handpicked Portuguese wines and rare Portuguese beers.

Once a month we held acoustic nights that regularly became packed out events. On those nights the cook scuttled from her kitchen to take center stage, not unlike the traditional Fado bars of Lisbon. Located in the heart of Manchester, our clientele came from all backgrounds and one had given us a stack of Portuguese music cd’s. Music was the binding force in the cafe. We used it to change the mood, add ambiance and give people some privacy whilst they discussed their personal lives. We often indulged ourselves in world music from klezmer to French cafe to Brazilian. I still remember that moment I heard Mariza. Her voice literally raised the hairs on the back of my neck and I experienced that strange sense of ‘homesickness’ that tugged at my heart. It was only later that I would come to know this feeling was ‘saudade‘. 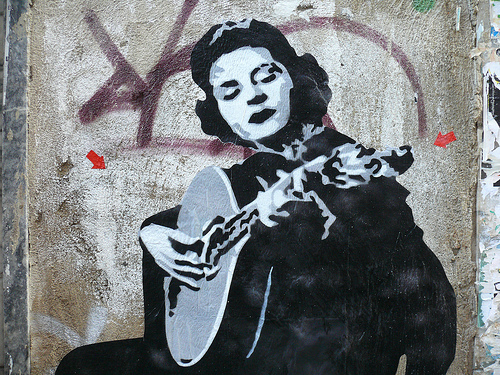 Mariza immediately became a stand out favourite. Whether she accompanied the lunchtime homemade soup or the evening tapas, her voice has the curious ability to compliment any flavour. Born in Mozambique but raised in Lisbon, Mariza effortlessly moved into the world of Fado and become the new queen of fadistas after the great Amália Rodrigues. I delved further in the gifted cd’s to see what other treasures I could find and Madredeus became my personal favorite. Once again hailing from Lisboa, lead singer Teresa Salgueiro sang the fado bars of Alfama until joining with fellow musicians to form the band. With their willingness to embrace both old and new, Madredeus have taken the traditional recipe of Fado and added their own spice to form something that has an echo of the past but has the promise of the future. It’s strange, even listening to Portuguese artists who have moved away from Fado such as Maria Joao and David Fonseca there remains a tenderness that is typical of the Portuguese. Like their traditional cuisine they are full flavored and hearty, soulful and passionate.

These artists may not sing Fado but Fado has become part of them. Fado is the heart of Portugal and saudade is the over-riding emotion in any Fado song. There is no single word in the English word that really captures this emotion. I can say it’s a sense of longing and missing combined with a paradoxical joy and hope for the yet distant future – but it doesn’t quite capture it. Music, like wine, captures the history and feel of a place. We see evidence of changing politics and beliefs in traditional dishes and songs. People of Porto are known as triperos or tripe eaters because during the war with the Castilians, tripe was the only food they could readily access. Hot pepper sauce piri-piri is a much loved addition to many a Portuguese meal yet it was introduced because of their love exploring new lands. The love of the sea is echoed in the 365 ways to cook salt cod (bacalhau). The Pasteis de Belem are part of the tale of the 1820 revolution. Similarly, Fado contains within it Portugal’s fascinating history – the revolutions and wars, the sea-faring and homesickness, the rhythms that stemmed from African slaves, the political uprising and dictatorship rule. Fado moved from being the songs of the slaves to the songs of the Bourgeoisie. It was coveted by fascism and finally reclaimed by the people in the not so distant past. These days it is the music of a nation. Music like food is something that can truly unite people. 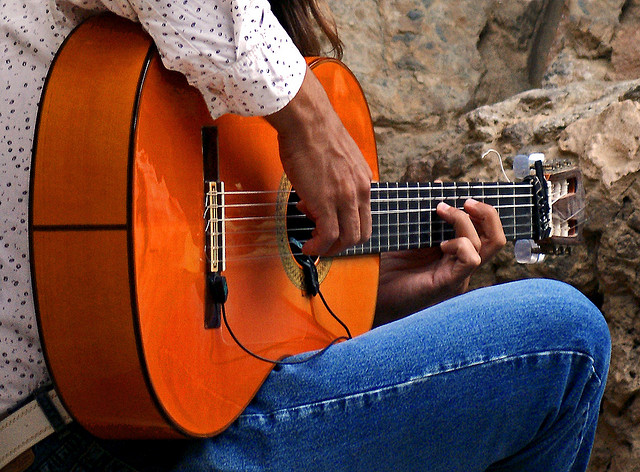 Fado is like the scent of vanilla that opens the doorways of our mind reminding us of bygone days. Vanilla is the sweetness of nostalgia and the comfort of home and has been scientifically proven to have a calming effect on the body. It is no surprise that the most famous food of Portugal is the Pasteis de Belem, the small, sweet, creamy custard tart sold daily in their thousands from the most famous pastry house in Lisbon. Elsewhere in the country they are called Pasteis de Nata and the sweet scent of vanilla greets you practically the minute you step of the plane. They say that taste is the weakest of all the bodily senses, it is infact our sense of smell that creates the deluge of experience when we dive into our Cozido a Portuguesa or Arroz Doce. Like perfume, Fado evokes moods and emotions that may have been buried for a long time. It is comfort and excitement, tenderness and passion and the life-blood of Portugal. Try an aperitif of with Misia, hors d’uvre with Christina Branco, main course with Mariza, desert with Madreus, and finally, a glass of Moscatel from Setabul with Amelia.

If you’re keen for a custom tour of Fado houses in Lisbon, let us know! We’d be happy to give you a guided VIP visit!