Resolutions and Rewards: How to Preserve that Gorgeous Iberian Wine for Yet Another Evening? 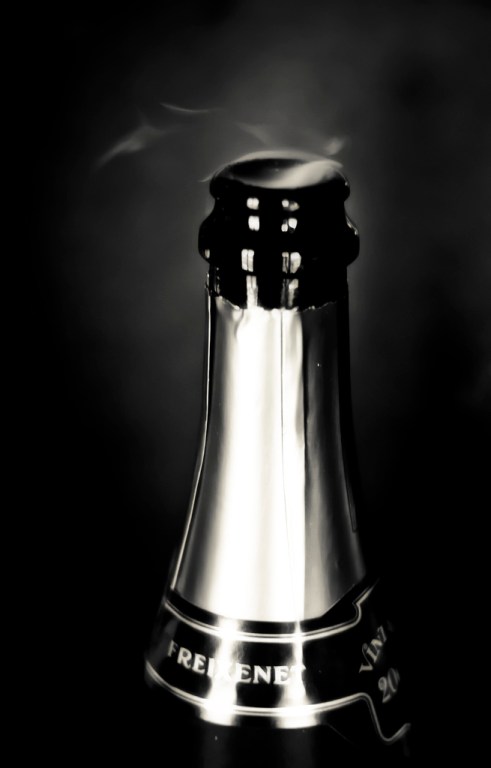 January typically sees hordes of grown-ups and semi-grown-ups persuading themselves to ‘give something up’. Normally, in the case of grown-ups and wine lovers, this means going on the wagon for the month in a vain attempt to persuade themselves that they are not beholden to the bottle and that they are ‘being healthy’. Come February (in the Northern hemisphere), the winter has shown no sign of abating – despite the empty promise of longer days – and everyone is back off the wagon, on foot, drinking ‘winter warmers’ like a naughty Shiraz or a cockle-warming Côte-Rôtie. By March, we’re back into the swing of things and the rest of the year follows the year before that, like some endless Bacchanalian parade.

But the misery of the human condition can be altered, for the good, in more lasting ways than the fallacy of a month’s abstinence or a failed resolution. Its consequence: your damaged self-esteem. For wine drinkers and lovers, the important act is not withdraw from our pleasures for a finite period but to moderate them lastingly, and to our benefit. This might sound like a pretentious load of old dribble but my greatest discovery of last year was not a wine to recommend but a product.

I have to be very wary of my footsteps here because a writer or reviewer’s job is not to sell a product but to evaluate it. Nonetheless, a small aerosol can of Argon has made a massive difference to my wine consumption. My greatest danger – and I’m very sure I’m not alone in this – is finding it hard to leave a half-empty bottle. But if there is a way of preserving the wine in that half empty  bottle (you might say it’s half full), then I’m happy to leave the contents until tomorrow, or the day after, or the day after that. So far, I’ve used two very good Argon preservers: Winesave and Longitude. But the brand doesn’t really make a difference. What is important is (a) that it works, (b) that it’s easy to find, and (c) that it’s not too expensive.

Unfortunately, I can’t really say that the wine preservers I used were cheap and widely available – and that will be an issue to a lot of people (me included). But there does seem to be a growing market for this kind of thing, and I can only hope that competition pushes prices down. Indeed, US wine magazine Wine Enthusiast apparently has its own-brand wine preserver for $11.95. If it works, that seems a fair price to pay (but you might want to paint over the garish label that tries to make it look like a bottle of wine but just makes it look like something you’d find on the shelf in an adult joke shop).

Being able to leave bottles of wine without feeling the need to finish them, and being able to enjoy the same bottle in the same condition on two or three different days afterwards (sometimes several days afterwards), is a revelation. This isn’t just in the sense of diminished consumption: no longer is there a compelling reason not to open a bottle of wine if you’re on your own and it’s a Monday evening. As long as you can trust yourself to stop after one or two glasses (perhaps this should be the object of your resolution).

As I’ve said: the brand or the product doesn’t matter as long as it works (and using an inert gas – as any winemaker will tell you – is probably the best way to protect wine from oxidation). And feel free to use the comments section on this page to share your finds – I’m currently hunting for a good, cheap Argon wine preserver in Europe (with little success) and would love to hear from anyone who has any leads (business offers included 😉 ).