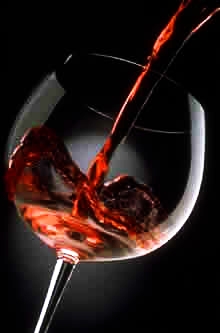 Although we have heard several news outlets such as CNN, Science Daily, BBC, Yale and Time rave about the health benefits of drinking red wine, we felt it was important to point out a little discovery from a Spanish research company. Recently, The Spanish Ageing Research Network found a direct correlation between melatonin and longevity.

According to Medical News Today, red wine has a high melatonin content which delays the oxidative damage and inflammatory processes characteristic of the old age. The Spanish Ageing Research Network (Red Nacional de Investigación del Envejecimiento) conducted a study that was funded by Carlos III Health Institute and managed by Professor Darío Acuña Castroviejo from the proved,

“that the first signs of ageing in animal tissues start at the age of five months [in mice] equivalent to 30 human years of age due to an increase in free radicals (oxygen and nitrogen), which cause an inflammatory reaction.”

Therefore, Professor Acuña Castroviejo suggests that if one absorbs enough melatonin into their body on a daily basis after the age of 30, they could both delay the aging-process along with illnesses related to ageing such as Parkinson’s Disease and Diabetes. Hence, by sipping on a glass of red wine along with consuming a series of other foods with a high melatonin content, you can keep your youthful glow while avoiding potentially harmful diseases. Talk about adding yet another reason to stay in the wine and food business!

For more information on the health benefits of red wine in relation to melatonin, click here.