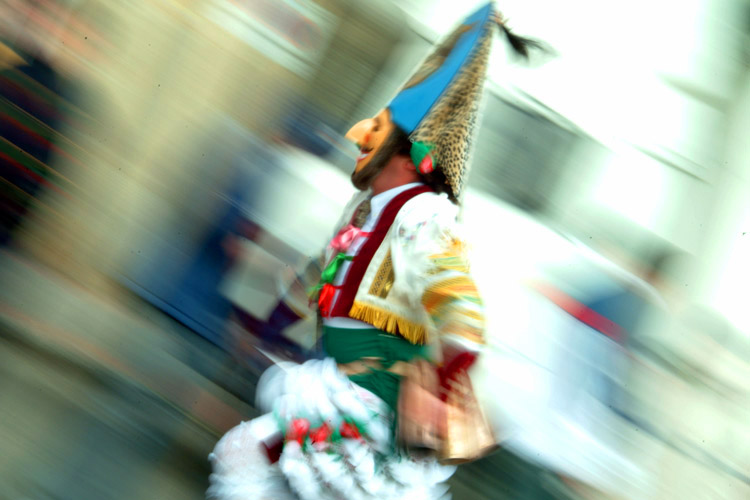 When we invited you to participate in our Q&A competition, we had no idea of the number of challenging, thought-provoking and all around bizarre questions that would be filling our inbox. Rather than a simple question regarding the adequate age of utilizing an oak barrel for sherry, we instead, were asked about odd festivals we have never heard of in our 4 years of residence in Spain.

Question: What is the origin of the ant throwing festival in Galicia?

One must immediately ask themselves why anyone would want to throw biting ants at one’s friends and family? Not to say that pent up aggression might be relieved by chucking a handful of muddy dirt at some jerk of a neighbor who always leaves his dog droppings near your front door, but what about grandpa?! Does this poor guy deserve to be pelted with little crawly creatures?! Then again, maybe he does.

Galicia comes from the Latin name Gallaecia, derived from the ancient Celtic tribe that resided North of the Douro river. Originally inhabited by the Celts, Galicia was later usurped by both the Romans and the Visigoths. But unlike the rest of Spain, Galicia held tight to its rural and spiritual past. In part, this stems from much of the regions economic dependence on traditional agriculture based on small landholdings called minifundios. Having had a Gallego roommate in Madrid, I relished in her superstition, a trait she awarded to her Celtic roots. On many occasions, I would sit our cracked leather couch in the livingroom and listen attentively to her tales of the women in her family’s uncanny ability to “know’ things, or would watch in awe when she performed the mystical queimada. In part, this mysticism, and connection to the earth, has isolated the Gallegos, as people who have been looked upon as simple and poor. From my limited stay in Vigo and Santiago de Compostela, my experience with the people of the region was that of warmth and generosity, but it is without a doubt that their connection to the earth still remains a cornerstone of their culture, and maybe an explanation as to why their wines are so delicious! 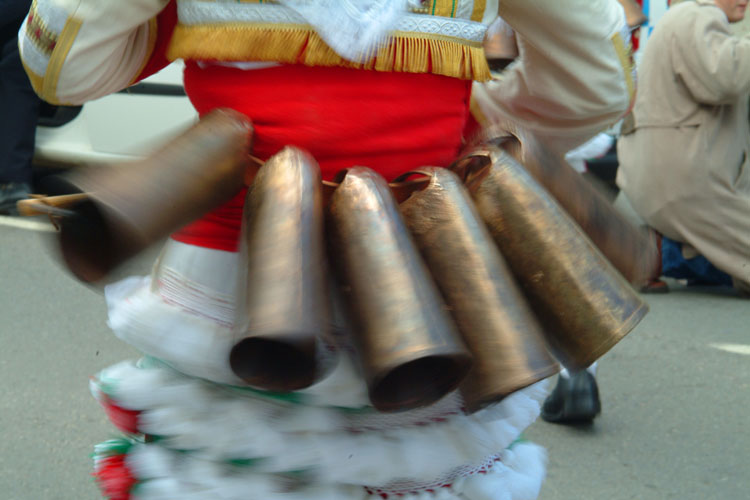 To see this superstition in action, one needs to go no father than Laza, Galicia, for the celebration of Carnival, known regionally as Entroido (entrance). Think of Entroido like a massive Medieval festival filled with every gluttonous act you can imagine. It begins at the start of the New Year when young men pour through the streets dressed as Peliqueiros to mark the celebration. As seen in the photo, I’m not entirely sure where this name is derived from, but there have been a few theories brought to the table. The first stems from pelica, which refers to the fur lined hat, or coat, worn by the Peliqueiros. The second is in reference to the 16th-century tax collectors who toted around whips and wore malicious looking masks to scare the townspeople into paying up what was “due”. Personally, my sense is that it is a merging of both theories. Would a tax collector dressed in wild animal fur, wearing a sinister mask, ruffled pants, and draped in cowbells freak me out to the point that I’d hand over my life savings? Absolutely!

And what is a celebration in Spain without a healthy dose of fire. For the three Fridays leading up to Lent, the good law-abiding citizens of Laza run through the streets with burning torches of hay, while neighbors throw dirt from their second story windows in an act of purification. However, things don’t get really freaky until the Saturday before Ash Wednesday when everyone (although I’ve heard rumor of only men), gather to dance, sing and gorge on grilled goat, pig head and regional desserts in the celebration of the cabritatas. On Sunday, the “official” day of the Entroido, Peliqueiros line upon along both sides of the street and “playfully” whip passersby. And if this isn’t masochistic enough, the Peliqueiros then go from house to house eating and drinking your food. So basically, the tar beaten out of you, and then you’re supposed to feed them?! Oh, but it gets better! While their savoring your hard earned food, you can’t touch him or call out his name! Why? Because they have full spiritual power on this day; well, they also have a whip too, but who’s counting.

Come Monday, the townspeople gather in the main square, dressed from head to toe in protective gear in celebration of the farrapada, or the ragging. Taking the squirt gun fight to an entirely new level, the farrapada is a friendly battle among townspeople throwing flour, ash and dirt filled with…live ants. But just to make things “interesting”, they shower the ants in vinegar to ensure that they are thoroughly pissed off and in the mood to bite anything in their path! In the afternoon, the morena enters the town, consisting of a masker (guy with a mask) holding a cow’s head on a stick and drapped in a tarp. The moreno’s job is to run through the streets lifting up women’s skirts with its horns, while intimidating the crowd with aggressive gestures. Not a bad gig if you ask me! Political floats, men dressed lingerie and ample amounts of food are equally part of the afternoon festivities. The end of the Entroido falls on Tuesday with the celebration of the testamento do burro, or testament of the donkey. As dusk falls upon Laza, citizens join one last time to make light of the last year’s celebration through heavy doses of sarcasm and mockery. As taken from the Carnival Exhibit website:

Prepared and read by the testamenteiro, it is a rhymed verse written in the Galician form of Spanish. Using a fictional framework, the reader verbally “distributes” body parts of the donkey to the townspeople he is talking about. For example, a man who lost his pig from the back of his truck on the way to market received the eyes of the donkey so that he might keep better track of his animals.

How’s that for topping off a festival! As the Entroida is already in full swing, I will have to wait until next year to participate in the festivities; however, I can promise you we’ll be covering more odd Spanish festivals, as I seem to have taken on a small addiction to researching them!

Check out some great photos here.