There’s no question in my mind that Spain is a country with a unique gastronomic heritage. Most Spaniards that have entered into any kind of discussion on the subject with me have expressed a real passion for the food from their home country and even their home region. For me, as a Canadian of British parents, that’s something quite novel.

The closest thing that we have in Canada would be a fondness for certain seasonal dishes. Many families have turkey at Christmas or Thanksgiving or some other meal that fills them with warm memories of home. But a unique Canadian cuisine? Not really. Canada’s multi-cultural make-up exposes Canadians to an amazingly diverse range of foods and I would say that its restaurants are generally of a very high caliber, but that diversity makes it difficult to define Canadian cuisine. Given this, Katie and I didn’t anticipate missing Canadian food when we moved to Spain last year.

Katie and I love to cook and, because we work from home, we’re in the habit of making both lunch and dinner from scratch most days. We know what we like, have a large repertoire of recipes, but are always willing to try new things. If our home happened to be in Spain rather than in Canada, would that really make any difference to how we ate? It did.

Of course it takes a while to get your bearings in a new country, find the good places to shop, etc. Our first few forays into the world of Spanish supermarkets weren’t entirely successful: we had a hard time finding some of our regular items like coconut milk, fresh herbs, sour cream, curry spices, among others. Then there were other items like my breakfast favourite, Marmite (British parents, after all) and good, crisp dill pickles. (We’ve since found all of these but the pickles – they’re just not the same here and we are apparently very picky about pickles.)

Then there are the items that just aren’t what you expect. Mayonnaise that’s sweet, Cream that’s thick enough to eat with a spoon (we didn’t, but we could have), vegetable stock that blew us away with its saltiness… Little things that meant that for a while, all of our standard family recipes turned out just a bit differently.

There’s nothing that makes me feel more like a guiri than walking past the live eels undulating in their tank at the market. I’ll be honest – I can’t see myself ever buying any of those to take home to eat. Actually, I won’t even buy the live prawns. To be honest, the entire seafood section is a bit intimidating. My Spanish – English dictionary doesn’t help because I’ve never eaten most of the types of fish on offer and knowing the names doesn’t tell me how they taste. But, apart from the eels and a few other things, I’m ready to learn and explore.

I am happy that we can get rabbit easily, as we have a couple of recipes that we weren’t able to use often in Canada (rabbit isn’t a regular item there). We also love jamón serrano, Spanish cheese, the bewildering array of olives, the inexhaustible supply of great juice, Galician bread – the list goes on.

We have also really come to enjoy the market shopping experience. With the exception of all of the bulk and staple items, we do almost all of our shopping there now. At first, the constant interaction about every selection and every purchase was off-putting. For Katie, who only started learning Spanish six months ago, it was especially intimidating. Now she loves the chance to practice and use what she’s learned. I’ve come to like the market experience too and always end up chatting to people, which is a far cry from my Canadian shopping habits.

All in all, I’d say that we are having better meals here than we did back in Canada. It took us a little while to adjust but it hasn’t been too hard. We’ll just have to start making our own pickles… 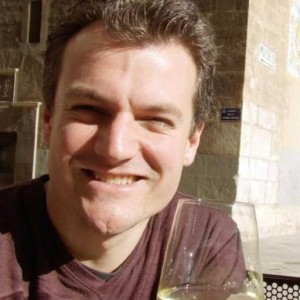