The Perfect Spanish Wines & Spirits for your Holiday

As winter approaches, Spain prepares itself for the Holidays; for family, food and fun. This effervescent culture doesn’t come to a screeching halt just because the temperature drops! Winter is the season of Sherry, bold reds and Cava; of family gatherings, big parties, clinking glasses and glamorous evenings… But what to drink after that last minute Christmas shopping spree or at the office’s New Year’s party? Rest assured, with the following Spanish spirits in your cellar, you will surely keep the “merry” in your Holidays.

Fresh food is a way of life in Spain. The weather dictates what’s available in the market and the market mandates the menu. As seasons change, so do our meals. Lighter foods work well for the summer but, when the weather gets chilly, we look for something revitalizing, warming and substantial to ward off the cold. This seasonal approach to food is also reflected on our choice of wines and spirits. Undoubtedly, certain style aspects make a wine better at one time of the year rather than another: light and fresh wines are great for the summer, bigger and more tannic wines are preferred during the winter, as they can stand up to the hearty and flavorful food.

While we‘ve all heard of Rioja and Ribera del Duero’s heart-warming reds, Spain has many other red wine styles that could definitely play an important role in your table this winter. The wines from Toro, a D.O. located in the province of Zamora (Northwestern Spain), are definitely on the heavier end of the spectrum and are a perfect match for cold nights and rich red meat and game based dishes. With an extreme continental climate comprising short and relatively warm summers and long harsh winters, the Tinta de Toro variety (local name for Tempranillo) grows thick skinned and robust here. The combination of rustic tannins, gripping acidity, spice and fresh fruit with depth and concentration of flavor found in Toro, results in a powerful red wine that is truly unique. Some of the most critically acclaimed producers in the D.O. are Bodega Numanthia and Teso La Monja. 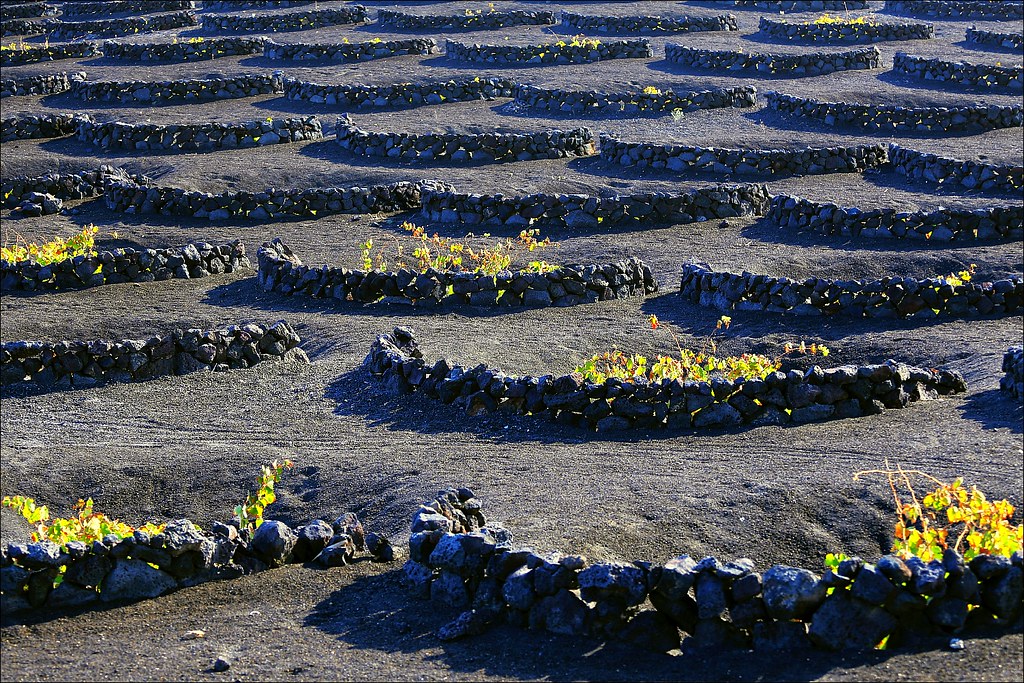 Winter isn’t only for reds. When thinking of winter holidays and celebrations in Spain, sparkling wine always comes to mind.  Bubbly makes any festive feast a special occasion, and Cava is the most popular drink in Spanish family traditions. Although not exclusively, Cava is produced mainly in Cataluña (the larger producers like Segura Viudas, Freixenet and Codorniú hail from the Penedés region) and is considered Spain’s sparkling of choice. However, recent political unrest in the province set in motion by a regional independence movement has sparked a renewed interest in non-Catalan Cavas among many Spanish consumers, allowing more obscure producers from other regions to gain some exposure. Among these other Spanish sparkling wines, probably the most surprising are those coming from D.O. Lanzarote, in the Canary Islands.

Windy and arid with a desert-like climate, Lanzarote is the easternmost island in the Canary archipelago, 100 km. off the Atlantic coast of Morocco.  Lanzarote’s phylloxera-free vines are deeply rooted in the island’s black volcanic soils, where vitis vinifera is the only crop that thrives. The vines are planted in holes and surrounded by stone crescents that protect them from the fierce oceanic winds and create what is probably one of the most beautiful wine-landscapes in the world. (photo by loop-oh) Sparkling wine production is fairly new; nevertheless, two producers stand out from the rest: El Grifo and Bodega Los Bermejos with their Espumoso Brut Nature. Made from early-harvest Malvasía grapes (to maintain low pH and tart acidity) as opposed to the traditional Macabeu, Xarel.lo and Perellada blend favored by the Penedés producers, this elegant sparkling wine is made using the traditional champanoise method  (which entails a secondary fermentation in the bottle). They stand out because of their finesse, tart acidity and the region’s characteristic wet stone and mineral flavors. Great for sipping on its own, these sparkling wines are a flawless option for toasting to the New Year. They will also work wonders when paired with the cold seafood starters served in Spain during Christmas get-togethers.

PATXARAN: CHRISTMAS IN A GLASS

Pacharán or Patxaran is a traditional liqueur made from the sloe/blackthorn berries –called Endrinas in Spanish- that grow in the province of Navarra in northern Spain. Red or intense pink in color, Pacharán contains between 20 and 30% alcohol and is usually served cold at the end of a meal or, more recently, as a standalone drink. Pacharán is made by macerating crushed sloe berries and cinnamon sticks in anise flavored liqueur for a period ranging between two and four months. This combination of red forest fruit and cinnamon flavors truly spells Christmas. The more popular commercial brands are Zoco and Etxeko / La Navarra. Despite consumption being centered mainly in Navarra, the Basque Country, Aragón and Rioja, you can find it in the US and UK in the more discerning bottle-shops with specialized international sections.

SHERRY: NOT JUST FOR GRANDMA

Sherry, especially the dry and complex Oloroso fortified wine, is one of the traditional drinks in southern Spain during the winter holiday season. Once reserved as an aperitif only for our elderly relatives, this dry, nutty and mellow style is making a comeback thanks to its versatility. When sipping on its own, we are transported to grandpa’s old library: dusty oak furniture, leather armchairs and a warm fireplace (It can’t get more Christmassy that that!), yet I recommend surprising your more sophisticated dinner guests with a fast, easy and delicious cocktail.