As often happens, it was a fellow guiri who recently introduced me to a new discovery from Spain. Our German friend brought over a bottle of local wine to our Valencian apartment for dinner. My Canadian ears heard her German pronunciation of Bobal as boba, which left me wondering…

Although there doesn’t seem to be an exact translation for ‘bimbo’ in Spanish, I’ve always thought that boba is pretty close. So when Anne-Marie happily told us that she had brought a bottle ‘classic bimbo’, I really didn’t know what to expect. A meager wine in a great bottle maybe? It just didn’t make sense.

Of course I felt like a bobales (nitwit)when I saw the label and realized that she had brought one of the emerging varietal wines of the Valencian Community: a Bobal. In fact, this grape is the third most planted in Spain (behind Airén and Tempranillo) and accounts for the vast majority of wine production in Valencia – any where from 80-90% according to the stats that I found.Â  So, apart from sheer ignorance, why hadn’t I heard of this grape before?

Two reasons: 1) I have little experience with Valencian wines (not for long…) and the variety is rarely grown elsewhere; 2) It is not a celebrated variety, even here.

Bobal occupies a position in the viticultural landscape of Valencia similar to that held by the feral cats at the Barcelona Zoo. During our time in Catalonia our little family visited the zoo at least twice a week and it seemed that we were the only ones intrigued by the massive number of cats roaming about freely, traversing the enclosure of hippos and wildebeest with characteristic nonchalance. True, they weren’t as inherently exciting as the giraffes or the elephant, but their style and grace were undeniable.

The Bobal grape seems to get much the same treatment. Wine consumers in Valencia – and elsewhere – are paying for the thrill of the renowned varieties, the giraffes and elephants of the wine world like Cabernet Sauvignon, Tempranillo, Merlot, Syrah, Cabernet Franc etc. Not too many people stop to admire the charms of the feral Bobal grape. But that’s changing.

As the wineries of Valencia continue to modernize and experiment, no doubt they will coax increasingly complex and uncommon wines from this all too abundant varietal. And it makes sense that they should. Bobal is considered a native Valencian grape and is perfectly adapted to the conditions here. In fact, it’s said to fare relatively poorly anywhere else, despite the vigour and resilience that it demonstrates in its native environment. 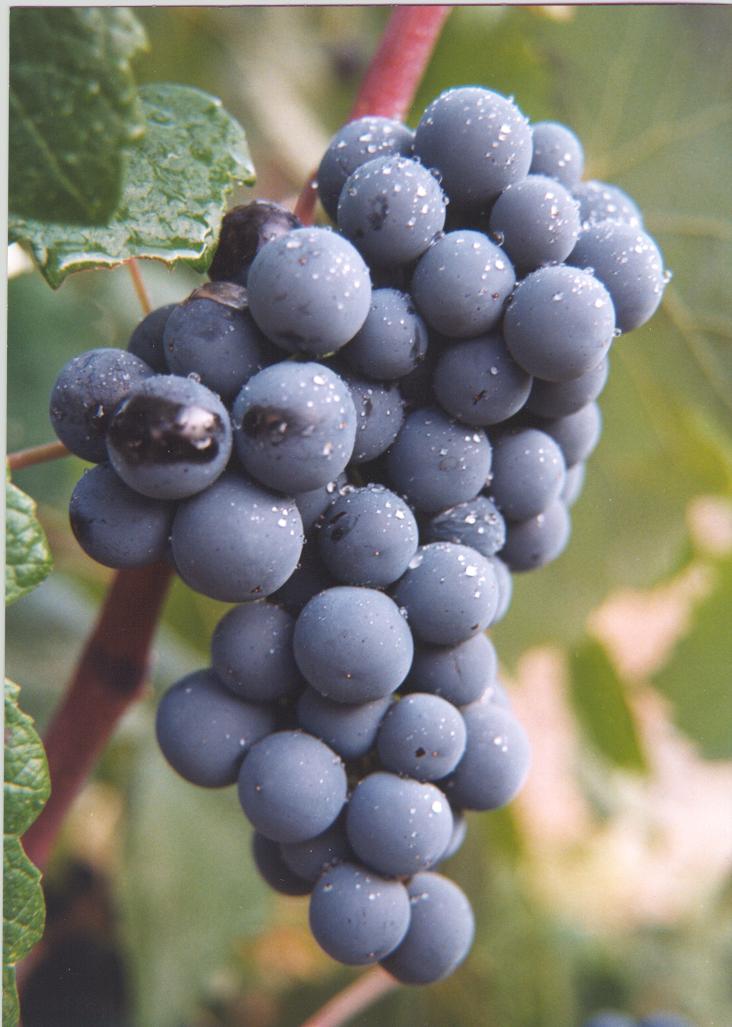 With the introduction of a new designation within the Utiel-Requena DO, ‘Bobal Clásico’, in 2004, the road to stardom may be paved for this obscure member of the vitis vinifera family. After all, isn’t the educated wine consumer always on the look-out for something unique?  There’s no wine region in the world that can claim a stronghold on Merlot, but it would seem that Bobal isn’t likely to become such a globetrotting grape. If you’re Bobal, Valencia is the place to be.

A curious and potentially commercially useful coincidence is that this indigenous Spanish varietal derives its name from the Latin word for bull, bovale, due to the bull’s head shape that it’s bunches form. What better marketing for a Spanish grape could there be?

If the wine that I tried the other night – Viña La Picaraza 2005 Bobal Clásico – is any indication of what this varietal has to offer, I predict that it won’t be long before the wine world is paying more attention to this region and this grape.

What to expect from Bobal

The renewed efforts of Valencian winemakers to produce excellent wines from this grape should bear interesting fruit in the coming years. They have a lot to work with. The Bobal grape is high in both tannins and acidity and tends to produce wines relatively low in alcohol. It’s wines are generally described as herbaceous on the nose while fruit flavours dominate that palate, though often dismissed as somewhat neutral. But Bobal is poised to do more than lend its fabulously dark colours to mediocre red blends and is set to surprise those who still relegate it to that function.

Keep an eye out for Bobal.

Oh, and if you find any of these varietals out there, they are all Bobal too – a rose (or rosado) by any other name…

UPDATE
Our Friend Ricard, notified us recently to an upcoming film on Bobal. Looks great!