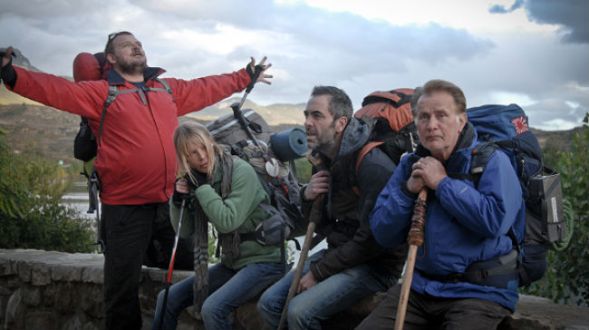 Last week, having had one of those “need to disconnect!!” days, we decided to pop in a video we’ve been meaning to see for ages called, “The Way“. Directed by Emilio Estevez, and starring his father, Martin Sheen, the movie tells a moving story of the trying relationship between a father and son.

Estevez – “You may not agree with the life I chose, but it is mine and I chose it!”

Seen – Staring out the passenger side window, in route to the airport, the son replies, “You don’t choose a life, Dad…you live one.”

That last sentence sets the tone for the remainder of the film as Estevez gets out of the car and embarks on his methodically planned journey across the Camnino de Santiago against his father’s “better” judgement.

With little on him, other than a backpack filled with essentials, the son sets out on the very first day of his adventure before severe weather takes his life – a completely unsuspecting twist in the plot. Having identified the body, the father changes the entire tone of the film but brazenly donning his son’s pack and setting off across the Camino with little to no information as to what it’s about. Touching, deeply moving and sensitive, it was a pleasure to watch.

What is the Camino de Santiago you ask? The Camino – a subject we’ll delve deeper into in the near future – is a famous Christian pilgrimage embarked on by the devout, and non-devout alike, to the cathedral in Santiago de Compostela, Spain, where the rumored bones of St. James are buried. With routes expanding across western Europe, it is by far one of the most popular European hiking treks that has gained monumental popularity over the past decades. 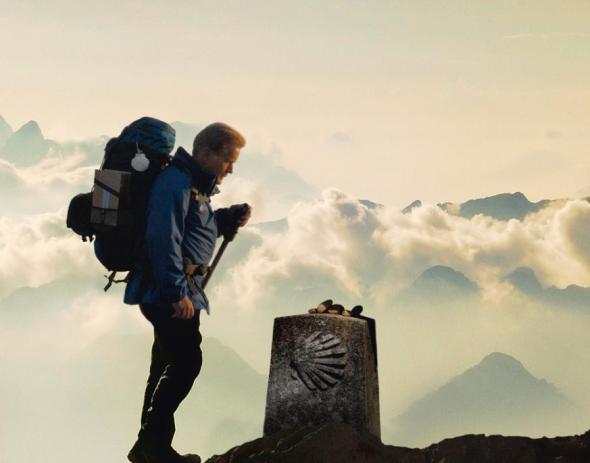 Not wanting to appeal to one demographic, Estevez called the film in an interview “pro people, pro life — not anti — anything.” Put simply, it’s “a celebration of life“.

People from across the globe have embarked on the 400km walk – sometimes in one fell swoop, and sometimes in smaller chunks – but the goal is very much the same: to walk. The reasons behind the journey vary from individual to individual. Some make it for health reasons, others to overcome personal issues, but the majority simply have a desire to make the trek – a personal accomplishment filled with unsuspecting friendships.

For me, it was the way that Estevez crafted those relationships that made the film interesting. Using 3 very distinct characters who join Martin Sheen on his trek, it is their personal trials and tribulations that beckon you to the end of the film, that entice you to want to know more about their own lives.

What I enjoyed about the film is its lack of pretension and unnecessary miracles. By the end, clouds didn’t part and intense joy wasn’t realized. Instead, each character found deeper meaning in their own lives by accepting both themselves and others for who they were. A simple message I think we all can relate to.

Mind you, it’s not a perfect film. The script is a bit awkward and thin. The character development lacks, despite a fantastic start. And the end fails to satisfy your craving for a solid conclusion. But that doesn’t mean the film isn’t worth watching. If you love Spain, and are intrigued with the idea of walking the Camino, watch it. The cinematography is fabulous, the characters are fun and engaging, and Martin Sheen is stellar.