Editor’s Note: DO de Pago and Grandes Pagos de España can be easily confused, but as Louis Villard of Spiltwine.com found out at a recent tasting, the two are fighting similar causes, yet are altogether different.

One of the only things that links the DO de Pago and Grandes Pago de Espana is the word Pago; and to be a Pago, one must make a wine from estate grown grapes. The somewhat controversial DO de Pago is the official term used for Spain’s highest level of classification. As of now there are only nine vineyards with the classification. DO de Pago became official in 2003 and the only two regions to have ratified it are Castilla La-Mancha and Navarra.

Grandes Pagos De España (GPE) is something different. First of all, GPE Â is a private organisation. It has similar intent of DO de Pago, in the fact that wines have to be estate grown, yet the joining criteria seems to be stricter.Â  Above all, what’s most interesting with GPE, is at first glance, you cannot tell if it really is an outfit comprising top quality wines OR a sort of modern elite Spanish winery gentleman’s club. Well after hearing the guys talk and tasting through an impressive range of their wines, I must admit the line is still hazyâ€¦so let’s say it’s a bit of both.

First, some background on GPE. The group was founded in 2000, then known as GP de Castilla and changed to “de Espana’ in 2003. It is headed up by the two well know winery owners Carlos Falco (Marques de Grinon) and Victor de la Serna (Finca Sandoval). Both are very much into expressing the terroir through estate grown grapes. This isn’t to say however that they are into growing classic grapes for the region, but rather the best grape for a region, be it Merlot or Moscatel. I am sure Falco has a few stories to tell, he only hinted at some with anecdotes – one being how he hid Cabernet Sauvignon cuttings in his truck to get them into the country and incidentally he also brought in Syrah too.

De le Serne on the other hand was like listening to your grandfather telling old war stories (Well at least my grandfather).Â  With a booming deep voice, De le Serne is obviously a great source of viticulture history and I am sure his knowledge of grape genealogy rivalled most if not all the MW’s who were in attendance.

Since its birth GPE has now grown to include 23 wineries in total (see map). Two that are not on the list, and which Catavino are pleased to exclusively announce, are CAVA Gramona and CAVA Recaredo.

Which brings me to the rules of GPE, created to become a member of the club. (It is important to note that the producer only has to adhere to all these rules for one of its wines).

To be considered for a GPE you must have:

And if this wasn’t enough, if you are lucky enough to be voted in, you must adhere to the GPE code of conduct:

The GPE seem to be quite an outspoken lot tooâ€¦well at least De la Serna and Falco.

There was one topic in particular that brought a lot of excitement from the duo.Â  It was in reference to nurseries only having four to five different clones of Tempranillo or Tinto Fino. 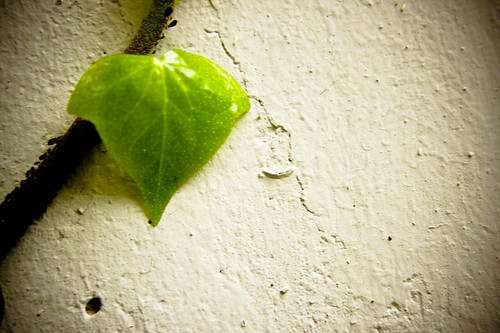 In a perfect vine growing world individual regions of Spain should propagate its vineyards from its own vines by taking cuttings and planting those.Â  Instead due to lack of knowledge and, at the end of the day money, De la Serna thinks ‘90% of the growers in Spain are not conscientious of seleccion masal and go for the cheaper/easier option.’ He continued by explaining the vines usually come from Rioja or Aragonez and therefore are not always going to differ in style and when growers in Ribera del Duero are complaining there wine doesn’t taste like Vega Sicila, there’s a reason for it.

The GPE concept is very interesting, and I am all for making the highest quality wines using estate grapes. And having recently tasted through their portfolio, GPE is most definitely setting a high standard for the rest of Europe, let alone Spain. Pricewise too, I was pleasantly surprised to see a range on offer in the portfolio, not just Â£100+ Parkerised prices.

They didn’t outright say, but it seems that GPE has slight doubt in its own government’s competence, and therefore have been taking matters into their own hands. If they continue the way they are going, there is no doubt in my mind the wines of GPE will surpass all those of DO de Pago, that is if they haven’t done so already.

Louis is owner of Spilt Wine and a freelance writer, splitting his time between journalism and helping wine companies organize consumer shows. He’s contributed to Imbibe Magazine, reFRESH and been on the Decanter tasting panel as well as judge in the Sommelier Wine Awards.