The Foundation of Portuguese Table Wines 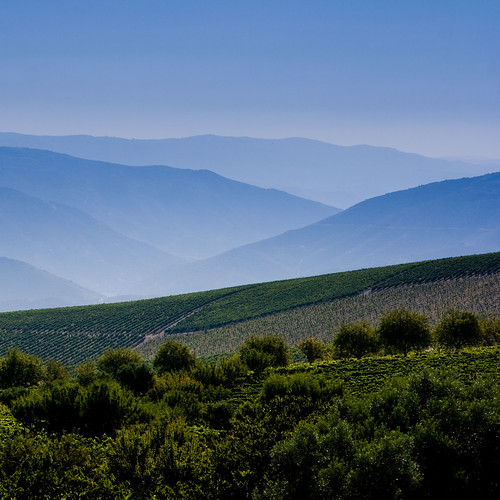 How much do you know about Portuguese table wines? If you’re like the majority of the wine drinking population, you know very little, but Portugal has some of the most underrated, affordable table wines in the world. They range from robust plumy reds from the Alentejo to bright light whites of the Minho, and smooth full bodied whites from Lagos to fine delicate reds from Braganca. Although less frequent, Portuguese table wines can also be single-varietal wines of Tempranillo (Argonez in Portuguese), Syrah and Alvarinho to complex field blends made with several different varieties all grown haphazardly amongst one another and blended at harvest. Portuguese field blends derive from some of their 230+ different native grape varietals such as, alfrocheiro preto, baga and periquita, as well as more international varieties like merlot, syrah and chardonnay.

Historically, Portugal is a bit of a paradox in that it is an isolated seafaring nation both geographically and politically (look on any weather channel in Spain and you’ll notice a large gray blob on the western half of the peninsula). If it wasn’t for our Guinness drinking and fish and chip eating neighbors to the north, England, Portuguese wine may still be circulating internally among local watering holes. It all began with the oldest diplomatic alliance in the world called, The Treaty of Windsor, in 1386, sealing Portugal and England’s lifelong alliance through the marriage of King John I of Portugal (FYI: check out the painting! I sense his 10 year old had a go at him) with Philippa of Lancaster. *To be honest, I never cared about these allegiances before watching “The Tudors”. Now, I find myself researching every marriage, date and treaty I come across with wine.

In the 17th century, when England went to war with France, they naturally looked towards Portuguese wine, settling along the coast of Porto and establishing wine houses. In 1703, the Methuen Treaty was signed between both Portugal and England, formally declaring tariffs for Portuguese wines, a treaty which gave distinct advantages to both countries.

The legendary moment in Portuguese wine history was on Friday, September 10th, 1756, when Portugal’s Marques de Pombal enacted legislation forming the Companhia Geral da Agricultura das Vinhos do Alto Douro or The company for the Cultivation of Vineyards in the Upper Douro. The name was later changed to Real Companhia Velha and then to Royal Oporto. This legislation was the first demarcation ever established, setting the foundation for future quality control standards across the world. We will writing more about this after our interview with Roy Hersh.

In 1937, the Junta Nacional do Vinho established over 100 cooperatives in less than 20 years. The consequence, was the production of poor, flabby wines. The system imposed by the central government was typically inflexible, deteriorating wine quality. Thankfully, power was handed over to independent estates after they joined the European Union in 1985, giving them the authority to elaborate as each Quinta (winery) saw fit. This single event changed the face of Portuguese winemaking. In a wine tasting Jancis Robinson conducted in April of this year, she found that old cooperative blended wines appear to be more similar in style than the younger vintages, regardless of their region. Now, as quality continues to improve both as a result of their preservation and utilization of their myriad native grape varietals and the use of modern winemaking techniques, Portugal can offer any wine drinker extremely distinct flavors and styles that cannot be experienced anywhere else in the world.

So Portugal produces great wine, but how can I, the consumer, distinguish one bottle from the next? The Portuguese word garrafeira denotes an especially high quality table wine, similar to the term Gran Reserva in Spain. Generally, red wines designated garrafeira have been aged in a tank or barrel for at least two years before bottling and have spend at least one year in bottle. White wines must be aged six months prior to bottling, followed by six months in bottle. For more information on wine aging, please refer to our archived post called, Interpreting the Portuguese Wine Label. In the meantime, I have taken liberty to extract parts of the post that I feel are important to consider before you buy a bottle of Portuguese table wine for our August Virtual Tasting on our forum.

On the Front of the Bottle

Wines in Portugal are classified in one of six distinct categories:

Sidenote: We always do our best to update information, but if you ever come across an error, please never hesitate to inform us!