The Slow and Painful Death of a Wine Romantic: Pedro Ximenez (aka Raisin Juice) 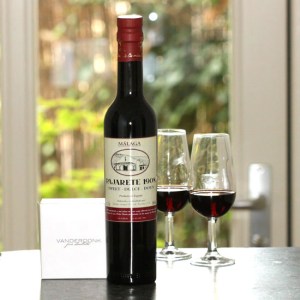 I have issues with Pedro Ximenez. Since my first taste of the raisin-smelling, thick, brown, sugary slop, I struggle with the stuff. The only truly stand-out PX I had last year was the Hidalgo Napoleon Old PX (which is a bit like saying my favourite whisky last year was Lagavulin 16 year-old – yes, it’s good, but like decent brands it’s good every year…). I even quite enjoyed Gonzalez Byass’ Noe. But it took me a year to drink it.

The problem is that, no matter how hard I try, I struggle to shake off my first impression of PX: several years ago someone handed me a glass with an impressive nod and all I could smell was raisins. This might well have been in my early days of wine but I knew enough to try to search for other aromas and flavours. But all I got was more raisins. It was like someone had taken the small box of sultanas I used to get in my packed lunch as a child and put the contents in a blender. Sweet, syrupy, sickly, sloppy, sepia-tinted, raisins. I don’t wish to sound reductive in my approach to PX (I do enjoy the stuff) but I still can’t throw off the ‘raisin juice’ impressions of an amateur taster.

And yet I also feel a creeping sense of annoyance everytime I talk about PX and people gush about how great it is with raisins over ice cream. I know very accomplished wine tasters who frequently indulge in this dish (soak raisins in PX in the fridge overnight, serve dribbled over vanilla ice cream the next evening) and I suppose it keeps PX sales going. I admit I like this way of ‘drinking’ PX very much – it tastes great – but there’s a romantic part of me that dies whenever I hear ‘PX’ and ‘ice cream’ in the same sentence.

Thus you have my issues with PX: I dislike its reduction to a bottled dessert sauce and yet I struggle to find an appropriate time to drink it and thus an appropriate context in which to judge it other than as raisin juice.

It was therefore relatively pleasing to find that a punt I took on a half bottle of Malaga dulce (Pajarete 1908 from Casa de Guardia) when I was in Grenada turned out to be a very attractive and very drinkable Pedro Ximenez (or Pedro Ximen – as it is called on the bottle and as they presumably call it in Malaga). The wonderful thing about it was that the wine did not seem overly sweet – unlike a lot of Jerez PX – and maintained a kind of citrusy freshness (I thought it had an orange peel aspect to the finish but that might just be auto-suggestion, given my mental association with Malaga’s location in the orange groves of southern Spain – much like people saying the salty, iodine character in Bowmore whisky is due to the distillery’s proximity to the sea). It was actually a great post-dinner drink (I tucked away half the bottle in my stomach over an entertaining game of Alhambra).

As far as I can tell 1908 has nothing to do with the wine – I can’t even tell if it’s a 1908 solera – the wording is very coy. Nonetheless, a very nice nose – but yes, still quite raisiny, although quite a floral, blossomy, nose. A lovely palate of caramel, raisins, and oranges. The finish is that of cooking oranges (anyone who makes marmalade will understand) and brown sugar. Dense but light-footed. A real after dinner pleasure. I’m sure there are better Malaga PXs out there but for a price/enjoyment ratio, it did very well indeed. Sorry, Jerez.