The Vibrant and Dynamic Wines of Spain’s Radical Center 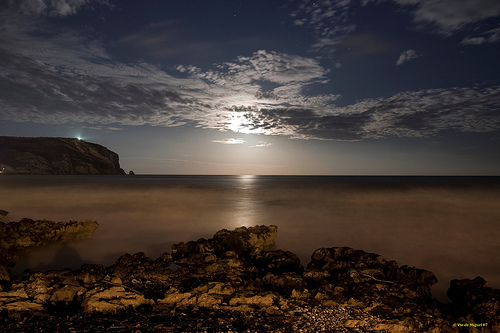 I well remember my first experiences of Spanish wine, I was only a child, but mixed with enough Gaseosa I seem to recall finding it palatable.

Every summer we would spend our holidays in Javea, midway between Valencia and Alicante. We usually drove down through France, but occasionally used the car ferry direct from England to Bilbao or Santander – which in those days was more famous as a port than a bank.

The everyday wines in Javea, back then were mostly from the nearby region of Jumilla. This is a hot place that in those days was a byword for pretty ghastly wines – even as recently as the early 1990s I remember pouring some away rather than drinking it. Well, nowadays Jumilla is very different with all sorts of advances in grape growing and winemaking ensuring that at least some of their Monastrell (Mourvèdre) based wines are world class. (Flickr photo by vte)

However, sometimes, especially driving down from the Basque coast to the Mediterranean we experienced wines from the centre of Spain – especially La Mancha. I cannot really recall why I was so unimpressed, but ever since I have allowed a prejudice against them to hold sway in my mind. As a consequence I have avoided wines from La Mancha and neighbouring Valdepeñas as much as possible over the last 26 years.

Recently though I have been forced to reassess this view in the wake of tasting some pretty interesting wine from that part of the world. We were always told that Spain had the most land planted to vines and that fact is now really showing in the number of wine regions that have sprung up in the area. It is no longer simply La Mancha and Valdepeñas, but Uclés, Mondéjar, Méntrida and Vinos de Madrid too. 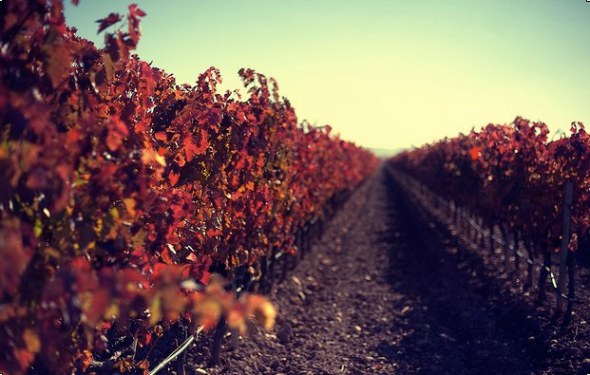 La Mancha and Valdepeñas are the giant regions of this part of the world, with some 200 hectares of vines producing 150 million litres of wine between them. The key grape here is Cencibel, aka Tempranillo, and some pretty decent everyday wines are now being made in a very Rioja-like style.

Somewhat surprisingly these hot regions also makes a great deal of white wine, traditionally from the rather dull Airen grape, but increasingly using the more exciting Verdejo, originally from Rueda in Castilla y León, and the international Sauvignon Blanc.

Recently I have been able to taste Felix Solis’s eminently drinkable Viña Albali Verdejo from Valdepeñas as well as a La Mancha white, 2009 Gran Lopez Blanco, which while not a great wine it is a surprisingly good and enjoyable blend of 80% Airen, 10% Sauvignon Blanc 10% and 10% Verdejo. Nobody could be offended by this excellent crisp wine, which is all the better for having only 11.5% alcohol.

Sadly I have yet to try any wines from Uclés and Mondéjar, but as they only contain 11 bodegas between them, producing just 5 million litres of wine then perhaps this is not all that surprising. However, if they are as exciting as what is coming out of nearby Vinos de Madrid, then I cannot wait to give them a go.

Vinos de Madrid is a really promising wine region of some considerable size and it produces some good stuff – I cannot imagine where they sell it though, as I have never seen the wines for sale in Madrid. Wine has been made here for centuries, but it only just beginning to produce quality wine, rather than everyday plonk, so all the examples that I have tasted are modern, stylish wines with lots of fruit, rather than examples of a traditional style. Indeed, there is so much variety that I defy anyone to detect a sense of terroir in Vinos de Madrid, but there are a great many producers and it deserves to be better known as a region. 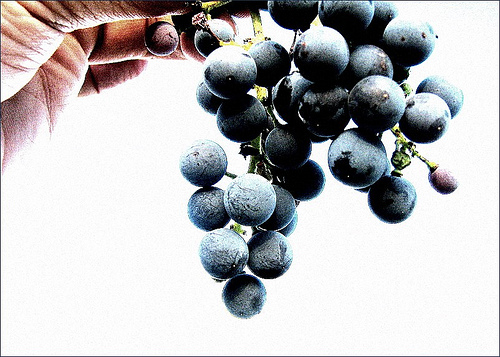 Vinos de Madrid is one of only two regions to grow the white Malvar grape – neighbouring Mondéjar is the other – and I would recommend the Julio Herrero Blanco from Solera Bodegas as a very attractive easy drinking example.

There are some excellent reds too, made from blends of Tempranillo, Garnacha, Merlot, Syrah and Cabernet Sauvignon. Here are some that have really impressed me:

2006 Tejoneras Alta Selectión from Bodegas Nueva Valverde, 2004 Tagonius Crianza from Bodegas Tagonius and 2006 Licinia Bodegas Licinia. They are all excellent in their different ways and give a great insight into this up and coming wine region. The wines strike me as being particularly elegant and it seems this is down to the altitude of the region – between 500-900 metres – remember Madrid is Europe’s highest capital city. The cooler air at this height protects the vines from the worst ravages of the Madrid’s summer heat.

Another small region is nearby Méntrida which is home to around 20 bodegas and although my experience of it is slight, this also looks to be quite exciting and agains seems to make some surprisingly elegant wines.

I would especially urge you to try the extremely drinkable and very well balanced 2009 Bajondillo from Bodegas Jiménez-Landi. This is a supple and well crafted blend of 25% Garnacha, 40% Syrah, 15%Tempranillo, 5% Merlot and 15% Cabernet Sauvignon. It has just the right amount of weight and concentration without being jammy.

I suppose that no mention of wines from the centre of Spain would be complete without a mention of the man and estate that showed what could be achieved in this part of the world – Carlos Falcó Marqués de Griñón. His Dominio de Valdepusa, which enjoys its own DO as a Pago produces magnificent wines near Toldeo and by his example and passion he has helped drive up the quality of the wines from this part of Spain and inject real ambition into the industry. Sadly his wines are very expensive, but they are some of the country’s finest and with one exception I only ever get to try them at tastings. The exception is his magnificent entry level wine – Marqués de Griñon ‘Caliza’ D.O. Dominio de Valdepusa which is a captivating and great value Syrah and Petit Verdot blend.

So, it appears that there is much going on in the wine making regions of the centre of Spain, it is no longer a sleepy backwater turning out wines for the locals, but a vibrant part of Spain’s exciting and ever improving wine culture and the wines deserve to be better known.