Top 50 Portuguese Wines – According to Julia Harding of JancisRobinson.com 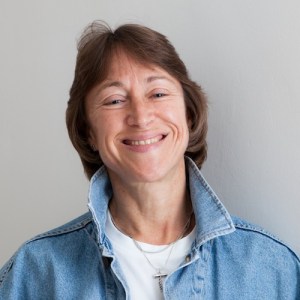 Since 2009, the Top 50 Portuguese Wines has been a favorite on Catavino, and we’re always excited to announce when the new list arrives. Annually, Wines of Portugal chooses a UK journalist such as Jamie Goode, Sarah Ahmed and Tom Cannavan to select a series of wines that have enticed and tantalized their palates. However, as Portuguese wine varies dramatically in style, grape and terroir, it’s never an easy task to choose 50 out of hundreds upon hundreds that are equally deserving of recognition, as you’ll quickly understand from Julia Harding’s interview below.

Julia Harding is a Master of Wine, the guru editor behind the Jancis Robinson website and a regular editor and contributor of several books including, The Oxford Companion to Wine.

Thank you Julia for taking the time to answer our questions and we look forward to everyone’s take on her list below!

Your just embarked on a 1 year journey to discover your top 50 Portuguese wines! Considering that you had a chance to learn a lot about Portuguese wines in the process, what was your experience with the wines of Portugal previously? What did you hope to discover?

Although I had tasted quite a lot of Portuguese wines in the UK, my visits to Portugal had been mostly to the Douro. I have been fortunate to do some tastings there with Dirk Niepoort and Alvaro Castro that have exposed me to Baga and to old Dão wines. At the 2008 wines of Portugal tasting in the Uk in 2008, I focused on white wines, so I had high expectations of central Portugal (mainly Bairrada and Dão) and knew that I would find wines that had the acidity and structure to age well. What I was looking for from all regions was wines that were a pleasure to drink, not just to taste, wines with freshness and a distinctive Portuguese character and wines that are food friendly. I was not looking for overoaked, overextracted wines that were tiring to drink.

How much time did you spend this year in Portugal?

I did a whirlwind, 9-day, sleep-derprived tour of the country that took in all regions apart from the Algarve and Vinho Verde (the last two excluded purely for practical reasons), visiting a few producers in each regaion, just to try to get a feel for the land and the climate and the people. On top of that, I spend 5 long weekends in Porto or Lisboa devoted to big regional tastings. Everyone was invited to submit wines for these tastings. I would obviously have perferred to visit more producers on the ground but this was just not practical as I was doing all this in my ‘spare’ time, ie on top of my full-time work for Jancis Robinson.

Looking at the past top 50 lists especially’s Tom’s list from this year, what are your thoughts on the selected wines, and their potential for Portugals reputation?

To be quite honest, I deliberately avoided looking back at previous top 50s as I did not want to be influenced in my own choice – I did not want to exclude a wine I loved just because it had been selected one or several times before. (Though I did taste Tom’s selection and loved the theme of freshness that ran through them.) I think the top 50 as an idea is a very good one to introduce consumsers to the quality and character of the best of Portugal’s wines, compared with the lowest common demoninator that is all too often the offering in UK supermarkets or in tourist-oriented restaurants in Portugal.

How did it all turn out? What are your impressions of PT wines today? What are the wines that most surprised? What failed to deliver, if anything?

It was a huge amount of work and one of the hardest things I have ever had to do. I tasted about 1,200 wines over 9 months, some of those twice or three times. I was particularly thrilled to find so many great whites and so many great wines made from indigenous varieties. (My first selection criterion was that wines had to be made from Portuguese varieties, wih the exceptions of Tinta Roriiz, aka Temrpranillo, and Alicante Bouschet, which is so much more successful in Portugal than in its French homeland). The only time I was disappointed was when I came across wines that were over-oaked or over-extracted. This happened more often in the Alentejo and the Douro.

I’d sum up my selection as ‘water from the rock’ (a ref to Moses striking a rock to provide water for the pached Israelites). I find Portugal to be a country of extremes – in terms of landscape and climate, rock and heat, and yet her most talented winegrowers can produce from even the harshest conditions liquid to refresh. I did taste some very good wines that included international varieties in a blend but I was most excited by those made from indigenous varieties that could not have come from anywhere but Portugal. Such diversity allied to quality that still leaves a lot to discover. I ony hope that some of these most Portuguese of Portuguese wines will become more widely available around the world.

Below, we have put together a list of all the chosen wines and linked to the wineries whenever possible. Sadly, even now in 2012, there are wineries that do not take the time to have an online presence. We hope that in 2013 this is not the case anymore!

Thanks again to Julia, and Wines of Portugal!