What to Eat in Lisbon

Welcome to Catavino’s Gourmet Guide to Lisbon! This guide covers everything you need when traveling through Lisbon, including the bites and the sites! If, however, you’re looking for a guided experience, check out our Lisbon food and wine tours or let us design a customized tour for you!

In the last few years, Lisbon has been reinventing its classic Portuguese cuisine with a new, refined flair. While there are still plenty of old-fashioned mom and pop tascas and tabernas serving the classics, several new high-end gourmet-style versions have been opening in the downtown and other affluent neighborhoods.

Because the Portuguese will never part from their beloved favorite foods and dishes, many new restaurants are incorporating rustic vintage styles with contemporary hipness – both in decor and cuisine. Often this means replacing the cute little mamas behind the stove with young, innovative chefs who take simple comfort foods and add a twist or perhaps a more “exotic” flair. The same makeover has occurred with the concept of petiscos – the Portuguese version of tapas – and many of the new menus are designed with this “pick and choose” concept in mind. Additionally, the traditional hole-in-the-wall bakeries, open only in the mornings, are taking a back-seat to brightly lit French patisserie-style influenced padarias. These padarias are open all day and produce high-end versions of classic Portuguese breads and pastries, with spacious seating areas to enjoy them with a refined Portuguese coffee.

Join us for a culinary adventure in Lisbon

Although wines-by-the-glass have been struggling to gain in popularity among restaurants and bars, many more wine-bars have been opening up and catering well to the still niche market. Gourmet stores are also popping up in downtown Lisbon, reigniting the tradition of Portuguese canned fish, sweet jams, and preserved fruits by repackaging them in colorful, artistic new containers and selling them at higher prices. Ethnic restaurants from former colonies have become more popular in recent years, especially Brazilian, Goan and African cuisines. Sushi has become the “in-fashion” food of the moment, with many new highly-acclaimed Japanese restaurants applying fusion with local Portuguese fish and ingredients.

Lisboners, like all from Portugal, are very proud of their cuisine – claiming that it’s the best in the world. I must say they’re not too far from the truth! This is probably why they have such a love of food and drink in their everyday lives. All holidays and social gatherings in Lisbon seem to revolve around a good meal with wine at a restaurant or an ice-cold imperial or a strong bica at a bar or café/pastry shop.

If we haven’t convinced you enough, here are 10 delicious reasons to savor Portugal, along with 20 must try Portuguese dishes. If you’re craving tips to guide you expertly through the country, check out our Essential Guide to Traveling Portugal! 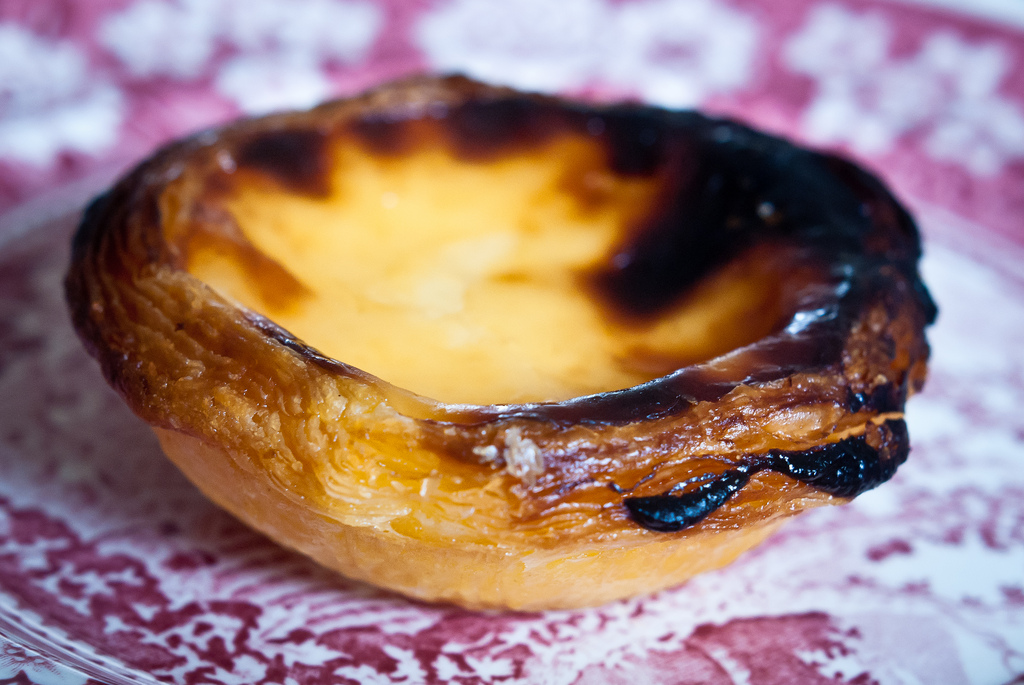 When it comes to satisfying their serious coffee fix, many working Lisboners will have up to 5 bicas (Lisboner for espresso) a day, throughout the week, while magically managing to sleep at night. This coffee addiction, as well as an enormous sweet tooth from a long history of pastry-making, have contributed to an abundance of cafés and pastry shops all over the city. You can still find a simple Portuguese espresso for as little as €0.60 and a quick Portuguese style breakfast of fresh bread (pão de leite – “milk bread” similiar to a butter roll is a common breakfast bread) with ham or cheese, fresh squeezed orange juice and hot milk, along with your coffee, for as little as €5.00, making cafés one of the few businesses that can survive in any economic condition. Most cafés/pastelarias are open as early as 7:00 am and close around 7 or 8 pm.  Normally only the tiny cafés frequented by mostly men alternate as bars in the evening.

The most popular style of bars in Lisbon are the casual street bars, where everyone can gather outside with their drinks in the small streets and alleyways. Most of these bars don’t open until late afternoon with the majority of business starting after the dinner hour. The drink of choice is usually beer as it’s the cheapest, with Sagres being the most recognized brand in Lisbon. Other popular drinks include the Portuguese liquors – Licor Beirão (similar to Drambuie) and Amarguinha (a light and sweet almond flavor), both usually served on the rocks with lemon, and the Brazilian import Caipirinha, which several variations of it have been mixed up here including Caipirão (with Licor Beirão), Caipiroska (with vodka), Caipinegra (with “black”berry vodka), and my favorite – Morangoska (Caipiroska crushed with fresh strawberries).

Wine is almost never drunk at regular street bars and lounges but there are now several great wine bars all over the downtown to indulge in a glass or two of high-quality vinho from any of the Portuguese wine regions, along with the opportunity to try queijo (cheese) and enchidos (cured meats and sausage) as well.  Nightclubs, called discos, are popular among certain crowds but be prepared for long lines and hefty cover charges.

What to Eat in Lisbon 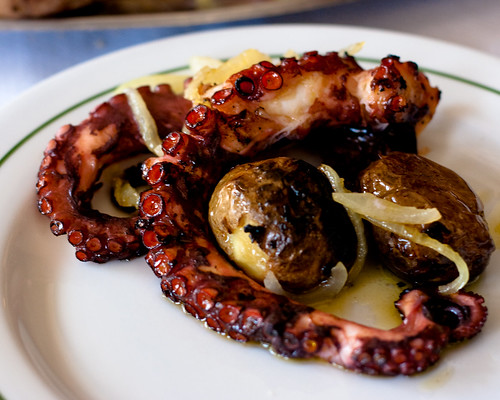 During the week, most Lisboners head out to an inexpensive home-style lunch at one of the numerous casual dining locales. Classic Portuguese restaurants, and most café/pastry shops, will post the Pratos do Dia (Plates of the Day) consisting of a: sopa (soup), peixe (fish dishes) and carne (meat dishes). Offerings change daily.

The sopa do dia is usually a puree of vegetables which people either like to have for something quick or add it the the beginning of their meal. It’s normally acceptable for workers (more men than women) to have a beer or a small carafe of wine at lunch.

A tip to find an authentic local restaurant is to spot that handwritten Portuguese menu on a window- instead of a generic plastic menu with faded photos. Additionally, check for wood furniture – usually a good sign of authenticity.

Come evening, expect a meat or rich bacalhau dish with wine. Restaurants will usually sell wine by the bottle or jarro (the carafe). It is also common to indulge in a little digestivo at the end of the meal, such as a whisky, Portuguese brandy (like Macieira), Moscatel or aguardente.

Here are some things available year-round that you cannot pass up:

Pasteis de Belém – Lisboners will argue that you cannot visit the city without trying these famous custard tarts – despite lines out the door and apparent chaos in Lisbon’s most famous pastry shop in the touristy riverfront area of Belém. The best time to go is during the week (Tuesday or Wednesday) in the low/offseason and don’t be discouraged if you see a line out the door of the shop – that’s the takeout line.  Make your way back through the jumbled connection of mini-dining rooms until you come to the very last room, which is the largest and the line (if any) is the one you want to wait in because it goes much quicker! Make sure you’re ready to order when your waiter comes; it’s easy because they only sell Pasteis de Belém and drinks – order at least 2 per person.  The best drinks are Portuguese coffee and/or Port wine.

A Ginjinha – Though the drink originally comes from the nearby town of Óbidos, A Ginginha’s tiny hole of a “bar” nestled between the Rossio and Figueira plazas in the downtown is by far the most popular place outside of Óbidos to have this sweet Ginja cherry liquor.

Torrada – Portuguese toast is made from a specific Portuguese bread sliced thick and slathered in butter. Savor it with a Galão, a smooth Portuguese coffee with a healthy serving of milk in a tall glass, a great start or end to your day. Tip: Grab the middle strip of bread which is the softest and most buttery!

Bacalhau, any kind! – You cannot come to Portugal and not try one of their 1,001 preparations of bacalhau, the staple of Portuguese cuisine. Everyone has their own preference of saltcod dish, but some of the more popular ones in Lisbon are bacalhau á bras (fried with potatoes and onions), bacalhau com natas (au gratin style), bacalhau á Gomes Sá (baked with potatoes, onions, boiled egg and olives) and pasteis or pataniscas de bacalhau (two styles of saltcod fritters).

Peixe Grelhado –  A simple yet perfectly grilled Portuguese fish. Though you can find this anywhere along the Portuguese coast, Lisbon is the coastal capital and a great opportunity to start there with fish at any one of the local restaurants. Try a common light fish like dourada (gilt-head bream) or robalo (seabass).

Bitoque – This may look like a simple thin piece of steak with a fried egg on top, but when done well, it’s an ode to perfection layered in a delicious sauce and accompanied by typical Portuguese homestyle fries, rice and salad.

Bifana or Prego – Though not originally from Lisbon, these pork sandwiches and steak sandwiches are the quintessential Portuguese street food and one of the city’s favorites for a quick bite. You can try one at most small cafés and have a gourmet version of it at many of the new trendy Portuguese petisco-style restaurants.

Vinho de Lisboa- It would make sense if you’re in Lisbon that you should try the regional wine. If it’s white, try one from the subregion of Bucelas, and if it’s red, you can’t go wrong with one from Colares.

Don’t miss the rest of my top ten traditional dishes of Portugal! 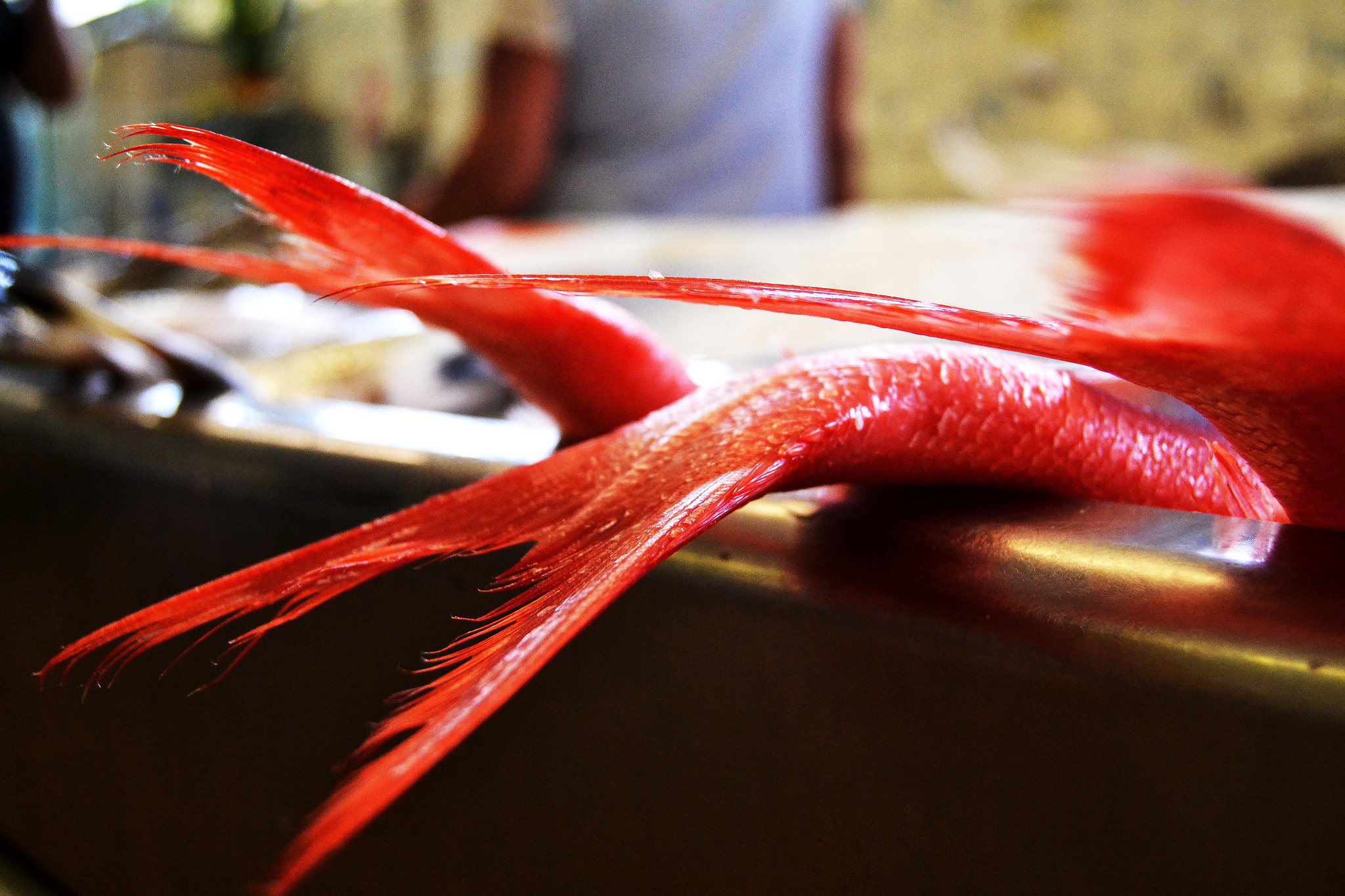 Areas lined with great restaurants – or check out these Romantic Restaurants in Lisbon:

Nothing Is For Free – Appetizers typically brought out at the beginning of a meal are not free! Even if you didn’t ask for them, if you eat them, you pay. However, the cost is minimal unless you get some kind of seafood (shrimp, octopus salad etc). If you don’t feel like partaking, simply request the waiter take them back at the beginning of the meal.

When in Doubt, use Silverware:  Similar to Spain, most people use a fork and knife  including: fries, cakes, pastries and fruit (like melon or apples etc). Few exceptions include: caracois -snails and most shellfish like clams, mussels, shrimp and crab.

Dress Code: Dining out is often a casual affair, unless it’s a very fine-dining restaurant. Note that Lisbon women tend to dress fashionably.

For more of the restaurant norms, check out my  Top Ten Tips For Eating Out In Portugal 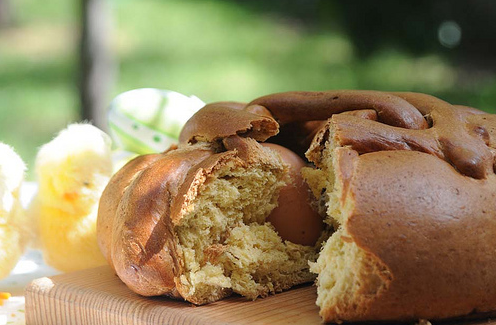 Our suggestions are known for providing great customer service, professionalism, ambiance, and for some, an in-house restaurant to satisfy your gourmet needs. Check one out and let us know what you think!

For those who prefer something more independent, why not stay at a country house (aldeias)?

Planning on traveling in Portugal a bit longer? Why not check out our various tours throughout Lisbon, or if you’re heading north, read our gourmet’s guide to Porto! (Hint: we’ve also penned foodie’s guides to the best Spanish cities, including Madrid and Barcelona).

Get in touch with Catavino and discover Lisbon with us!