Starting at the top of Restauradores Plaza, the famed area of Baixa Chiado follows a narrow crevice that rolls out into the river at Praça do Comércio (Comércio Plaza). It’s also known as Baixa Pombalina in reference to the area Marques de Pombal rebuilt after the great earthquake of 1755, including parts of the surrounding Alfama and Bairro Alto neighborhoods. As a result of the tsunami that surged from the river, wiping out everything in its path, Marques do Pombal constructed an entirely new layout of Baixa. What was originally a scattering of ancient, winding roads became a uniform, grid-map of longer, wider streets that connected the main plazas. Granted, most of the structures in Baixa are post-1755, but you’ll encounter several that sit proudly upon medieval foundations where Roman ruins have been unearthed. Sidenote: Marques de Pombal was a huge supporter of Portuguese wine creating the very first demarcated wine region in Europe!

With so much history condensed into this area, it’s no wonder Baixa seems to attract every tourist who visits Lisbon. And indeed, it is the most-touristy part of Lisbon, if you count the number of tourist focused restaurants, cafés, chintzy souvenir shops and pickpockets. In fact, many Lisbon residents (including myself) often avoid Baixa for this very reason, but in the last 3-4 years, it’s had a considerable face-lift. Comércio Plaza, in front of the river, has been completely renovated and made into a more inviting plaza with riverfront accessibility and new upscale, hip eateries. You can also find numerous gourmet shops, cafés and warm, lively petiscos restaurants peppered across the area.

Therefore, as every tourist ends up in Baixa at some point during their stay, allow us to guide you through this stunning area without falling into massive tourist traps. You’ll find information about ways of getting around, great sightseeing tips, romantic restaurants  and quality Portuguese gourmet products. We’ve also included our favorite picks for accommodation! There is a lot to explore in downtown Baixa, and hopefully, this list will create an experience that goes above, and not baixa (below), your expectations.

Check out Catavino’s Google Map of Baixa for Visitors  for all of the exact locations of our picks!

Baixa has a mix of old and new, though mostly new and modern nowadays in the realm of Portuguese cuisine.  The area has some of the most iconic traditional Lisbon pastry shops, groceries/charcuteries and wine shops, especially around the Rossio and Figueira Plazas, but now you can also find numerous gourmet shops/cafés, wine bars and restaurants specializing in Portuguese petiscos (Portugal’s version of tapas). These new places have an incredible selection of produce, fantastic food, great marketing and attentive service. And while the majority of the traditional jaunts close at the end of the day, the modern ones stay open for dinner, inviting people to come early for drinks and petiscos and stay well through the evening. For the best experience, start classic to understand the very basics in Portuguese cuisine, then dive into the modern fare for a more rounded experience.

Here are some things available year-round that you cannot pass up!

Our picks for traditional and modern Portuguese cuisine in Baixa. 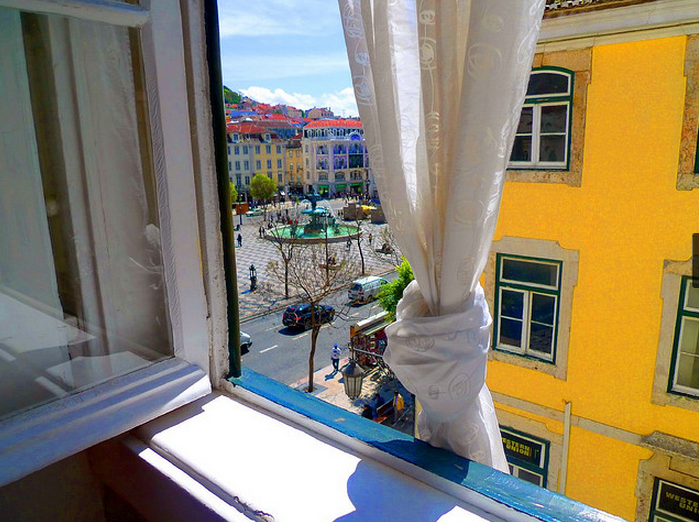 Getting Around: Baixa is a great area to access central Lisbon, either by walking or taking public transport. There is plenty of public transport in Baixa and Lisbon in general, but it’s best to travel mid-morning and mid-afternoon to avoid the crowds. A Tip on Transport Passes – If you plan on getting around to see a lot of places in Lisbon, pick up a 1 – day Carris/Metro ticket (currently €6.15 for the pass + €0.50 for the re-chargeable card) at any metro station. This pass gives you unlimited trips on all public transport within the city for 24 hours starting after the first swipe at the reader. Otherwise, the on-board tickets are very expensive and start racking up money if you want to hop on, hop off a lot. Get the Lisboa Card at the Tourism Office if you’ll be doing hardcore sightseeing. It provides a free pass at 28 museums, monuments and places of interest, plus 10% to 50% discount on local services and cultural and tourist interest and 5% to 10% discount on Portuguese made items.

From Airport to Baixa: If you are staying at accommodation in Baixa, you shouldn’t pay more than €15 for a taxi ride from the airport to Baixa or anywhere downtown. Unless you have a lot of luggage, the cost should fall between €10-15 – the number of passengers doesn’t matter. If you want to try avoiding getting ripped-off by a taxi driver for your airport ride, before you get into a taxi, show the driver the address/hotel of where you want to go and ask for an approximate price to agree on. Don’t let them start the meter until they move. You should also write down their license number. Local Tip: If you are at the airport, try catching a taxi from the departures entrance. Having just dropped off passengers, they are generally nicer and tend to give a better deal, especially if you’re not going that far. Taxi fares within the downtown are usually between €5 – 8.

Dining: While you will find several restaurants and cafés in Baixa, the majority are still very touristy (overpriced and poor quality food/service). Avoid places with giant, plastic menus in every language and corresponding flag plastered outside or at their door. Instead, recently handwritten menus in Portuguese, and even English, are usually from acceptable places. Almost everything on Rua dos Bacalhoeiros.

Where to Stay in Baixa: The Baixa area is best known for its fabulous hostels and vacation rental apartments, but there are also a couple of really nice hotels as well. Book early with plenty of time before your travel dates to get your best choice. Avoid staying in or around Martim Moniz Plaza, while it has improved in the last couple of years, the sketchy factor is still high.

*A One-Time Opportunity in September:

Apartment Rentals:  If you’re looking for the most authentic, local accommodation, Baixa has a HUGE selection of fabulous apartments to choose from. Wonderfully decorated, most in historic buildings and many with balconies and terraces with beautiful views, it’s worth looking into. One of the best sites to search is AirBnB.com. Just click on the Baixa neighborhood and you can narrow your search to a private suite or an entire apartment, among other options. Note: Be aware that many of these vacation apartments are located on upper floors with no elevator (often 4th, 5th, 6th floor no elevator), so unless it says in the description, you should check with the host/owner about the building before booking. If you’re packing a lot of baggage, and there isn’t an elevator, we recommend not going above 2nd or 3rd floor, as stairwells are steep and narrow in these old buildings. And if you can’t live without air conditioning in the summer, make sure you check the A/C option when searching.

Our Hotel Picks:  These 4 and 5-star hotels continue to be highly-rated for their perfect downtown location, high-end quality facilities and service. 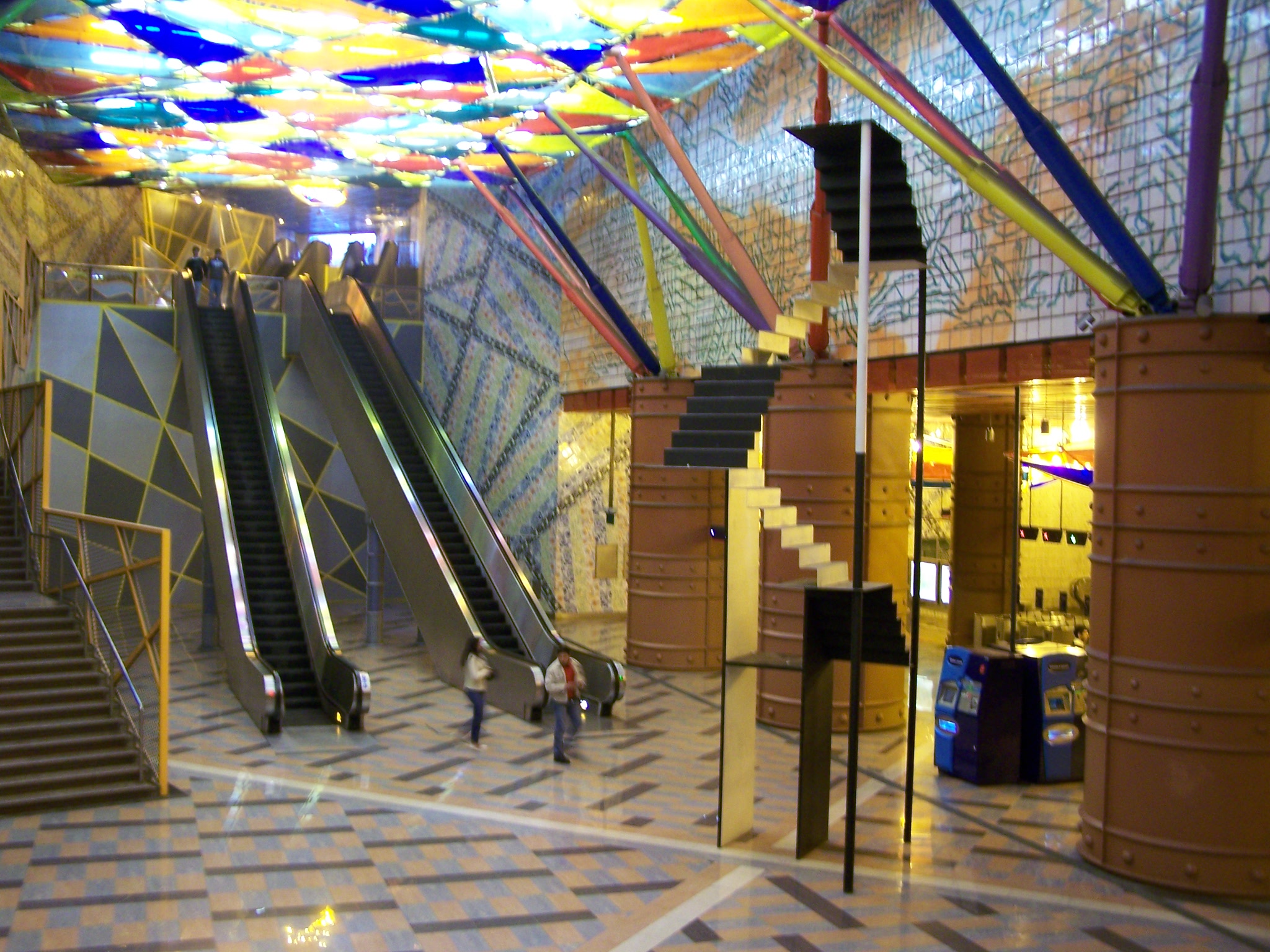 Metro Stations:  Metro trains in Lisbon only have the same line going on each track, with the destination shown being the final stop on the line in that direction.

Airport to Downtown via Metro: If you packed light, and don’t mind going up and down stairs, you can also take the metro from the airport to the downtown, starting at the Red line, then switching to the Green line and getting off at Rossio.

Fast-Track to São Jorge Castle:  Looking to visit Lisbon’s castle but don’t want to climb the steep hill on foot? Then try these transport option

Baixa is a gorgeous area worthy of a visit! If you need a personal gourmet tour through this charming neighborhood, contact us today!