Welcome to Catavino’s Gourmet Guide to Barcelona! This guide covers everything you need when travelling through Barcelona, including the bites and the sites! If, however, you’re looking for a guided experience, check out our Barcelona food and wine tours or let us design a customized tour for you!

It’s no wonder that Barcelona has become a gourmet food hub when considering its strategic position as not only a port city, but the main thoroughfare between the Iberian Peninsula and Europe. From Sicily to Paris, and as far as Morocco, Catalan cuisine has always had a unique historical capacity to incorporate the best of other culinary cultures. Present day Barcelona is a hotbed for innovative cuisine, drawing some of the best chefs from around the world to try out their culinary experiments. However, tradition is not lost, and one can find restaurants with 200 years of antiquity nestled in Gothic corners. Even international restaurants are making their mark, with tiny jaunts dedicated to homemade Ethiopian, Thai and Venezuelan cuisine. The goal, as for any good foodie, is to be willing to explore narrow windy medieval streets to find hidden gems known only to locals. 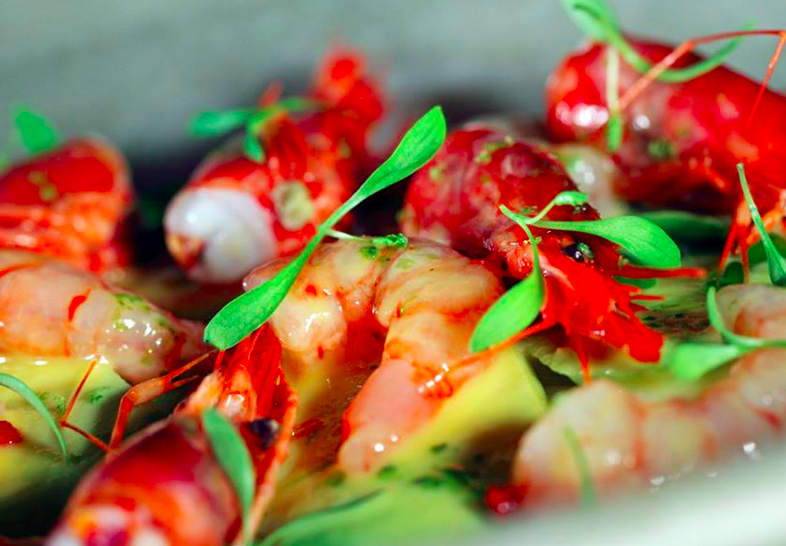 To wander is to discover the numerous bars and cafes dotting the city landscape. Like pharmacies and banks, it would be difficult to throw a stone in any one direction and not encounter a wee spot to enjoy a cafe, vermouth or a caña (beer) along a tree lined cobbled street. Often one in the same, many find it difficult to distinguish between a cafe or bar. Typically differentiated by ambiance and choice in beverage, bars in Barcelona will often start their day as a morning cafe, veer into a bar serving a wee bocadilla (Spanish sandwich), swerve back into a cafe for a cortado (espresso with a dollop of milk) and end in a frenzied mix of both. But unlike Madrid, one cannot throw their napkins on the floor, nor can you expect a hearty breakfast fare served with 1,001 versions of coffee. Think simple: croissant with fresh squeezed orange juice (not to miss!), or a fixed priced menu del dia for lunch consisting of 3 generous plates and a drink.

The other option to hit the fast and furious restaurant scene. Now, you may be thinking, “you mean the tapas scene, right?”. Fairly, you would assume this, but technically, Catalan cuisine does not have the traditional Spanish tapas tradition as part of its rich history – not to say you can’t find a wide variety of tapas bars scattered across Barcelona. What it does have are strong ties to the Balearic cuisine, Valencian cuisine, Southern French cuisine, Aragonese cuisine and Murcian cuisine, which is a mix of both mountain and sea.

Not to Miss Catalan Delights:

There are loads of restaurants to explore while visiting Barcelona, ranging in fiercely trendy jaunts like Ferran Adria’s Tickets to cosy and more traditional fare serving up a Menu of the Day such as La Vinateria del Call. Equally true, with the  boom of the wine and beer scene hitting Barcelona, it doesn’t take long to find a fab restaurant serving artesanal Spanish beer with Chinese dumplings, or a wine by the glass from some of the top wineries in Spain. Hence, there is no shortage of places serving gutsy country cooking: goose with apples, duck with pears, or the time-honored Catalan combination of mar i muntanya (sea and mountain) – lobster with rabbit or chicken stuffed with shrimp.

Thought Barcelona is relatively chill when it comes to dining norms, there are a few I would suggest keeping close at hand.

Another “must do” while in Barcelona is to visit the numerous markets available to you. For those of you who prefer to rent an apartment during your stay, these are the ideal places to peruse for fresh produce, meat and fish. Additionally, as each stall tends to be family run, you’ll find locally sourced produce, fetched not 50 k from Barcelona.

Places to visit include:

Remember: One rule of thumb, watch your possessions! Though Barcelona as a whole is incredibly safe, pick-pocketing has turned into a science, and there is no better location to bump and grab than a busy and crowded market.

The Catalans’ endless enthusiasm for festivals and gatherings means that there’s hardly ever a week in the year that doesn’t include at least one. These range from the full-on traditional festes with giants, dwarfs, castellers (human castles) and dragons spitting fireworks, to chill street fairs selling artisanal honey and sausages, with the occasional “flair” of the native Sardana dance.

But as your time is limited, let’s highlight some of our personal favorites:

Mind you that all of these festivals have plenty of street food and wine or beer stands available; hence it’s worth the excuse to wander.

The Catalan capital is not short of a sight or two, and in between meals you’ll want to get your map and compass out (ok your iPhone app, but really where’s the romance?). Whilst the Gothic Quarter and other Old Town districts are a maze of serpentine passenges, specked with churches and picturesque squares, the bulk of the city was erected under the auspices of Modernisme – Catalonia’s very own take on Art Nouveau. Then of course there’s the Olympic legacy in the forms of ports, stadiums and pop art sculptures and yet more modern marvels like the Torre Agbar (yes Barcelona has a giant penis!) and the 5-star W-Hotel. Here’s a hit list…

During the high season (May-September) Barcelona beaches tend to be saturated with tourists looking for a quick dip in the sea or to get their bronze on; which is perfect if this is what you’re looking for. But if you’re wanting a more chillout experience, take the train north to Costa Brava or south to Costa Dorada. These tend areas have less people and are graced with some fabulous restaurants! For a more detailed description, click over to our articles on Surfing in Spain, Top Tips to Enjoying Spanish Beaches and fabulous Beachside Restaurants in Barcelona. 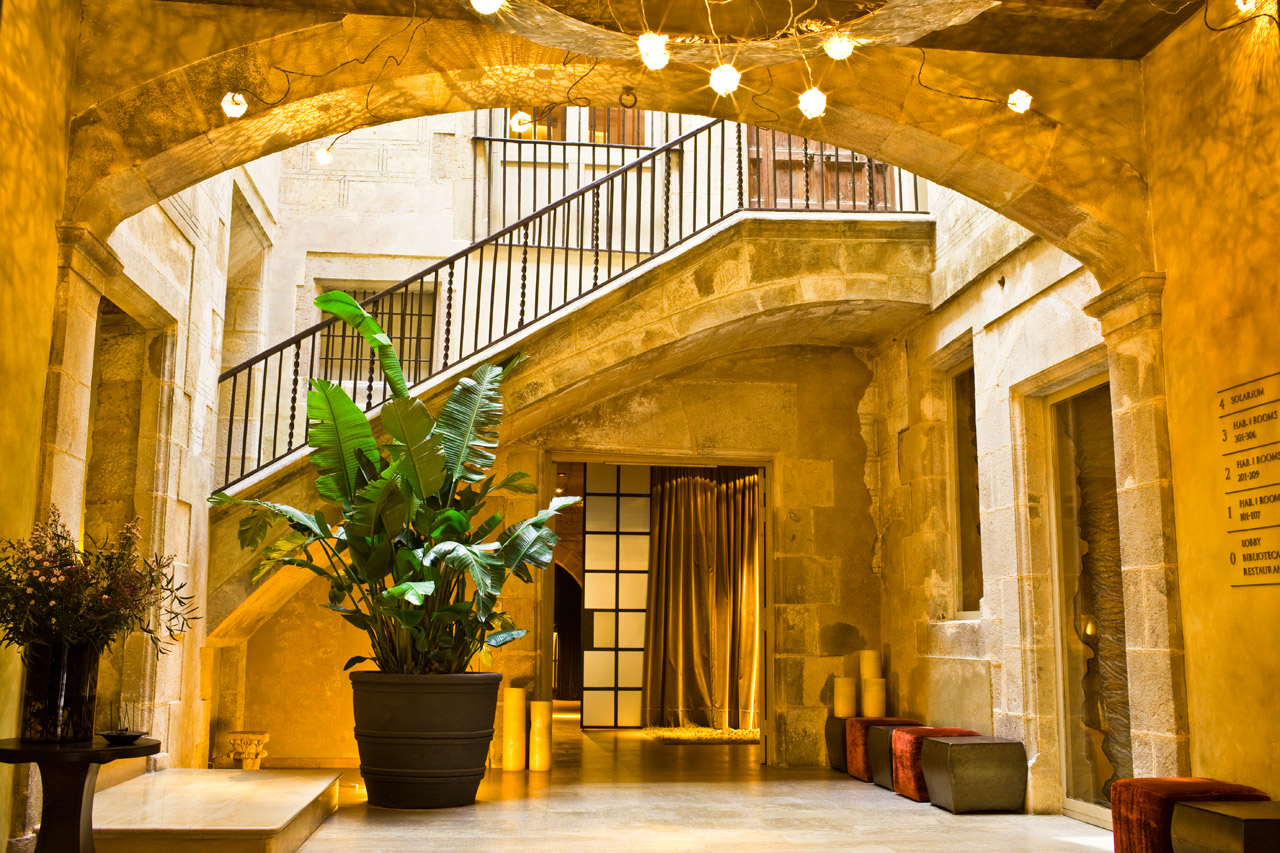 Naturally in the world’s 5th most popular tourist destination there’s plenty of beds to choose from. For something a little different try:

Also hold tight for more great gourmet guides to Spanish and Portuguese cities and regions, such as Lisbon and Rioja, and in the meantime do follow our award-winning food and wine blog for the latest in news, views and stories from Iberia’s culinary world.