Welcome to Catavino’s Gourmet Guide to Malaga! This guide covers everything you need when travelling through Malaga, including the bites and the sites! If, however, you’re looking for a guided experience, let us create the perfect customized tour for you!

Once overlooked by tourists as the place you land before heading off for a beach holiday, Malaga is pushing back with a cultural renaissance and new found fame as an important and unmissable destination in its own right.

Neither do culture-seekers arrive at the newly named Costa del Sol airport and head straight off to the cities of Granada, Seville and Cordoba without giving Malaga a second thought.  Now,  they choose to linger a little longer in this fabulous city.

It’s partly down to the phenomenal transformation that has taken place in recent years to open up the city centre and reveal all of the secrets which lay within. There are few places in Spain where you can so easily combine up-close and personal contact with ancient history, enjoy world class art, revel in some of the most important cultural celebrations in Spain, choose from so many tapas bars within a square kilometer, and still be relaxing on the beach in the afternoon with the Mediterranean gently lapping as you enjoy freshly grilled sardines and a cold beer!

Malaga is a truly Mediterranean city, so as you might expect, this is a place for being sociable. Food and drink take centre stage in Malaga life, from the café’s bustling in the morning for the breakfast crowd in search of a café con leche, with fresh orange juice and tostadas, to an evening tapas crawl with friends before hitting the discos in the center of town or one of the chic and trendy suburbs.

Anyone visiting for the first time will be amazed at the transformation which happens after dark, as bars which were hidden away unobtrusive by day suddenly appear from nowhere and begin to fill with evening partygoers.

But it’s not all about the nightlife, as locals and visitors from all walks of life find the bar and cafe scene in Malaga an intrinsic part of everyday living.

In Malaga there is something for everyone; from traditional tapas bars lined with wine barrels which become packed to the rafters as people stand around with a plate of jamon and a glass of Manzanilla, to chic upmarket eateries offering a spectacular range of tempting montaditos (think, canapés) and delicious morsels. 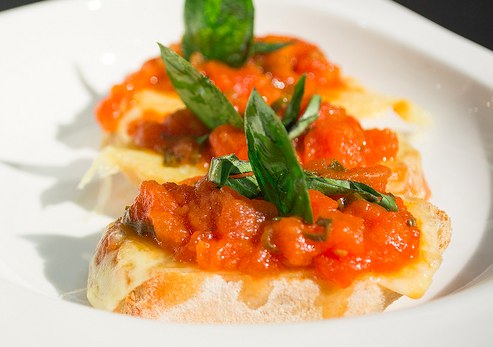 Villages all around take pride in their local produce and typical dishes, holding annual festivals to celebrate and share the dishes with anyone who chooses to visit.  Among the local celebrations you can enjoy Sardines, Asparragus, Cheeses, Ajo-Blanco (cold garlic soup), Almonds and Migas (a popular local dish of friend breadcrumbs)

Also on menus is the best ham in Spain, the Jamon de Bellota from Aracena in Andalucia, alongside fresh goats cheese from Ronda, served with a salad and balsamic reduction.  But you can’t visit Malaga without enjoying espetos on the beach! These freshly caught sardines are cooked on open barbecues on the beach, giving the unmistakable aroma of Summer in Malaga.

Malaga is quickly catching up on the heels of big sister Seville who some may argue holds the Andalucian foodie flag.  Today´s visitors to the beachside city will be surprised by the sheer choice and eclectic mix on offer; history and tradition stands shoulder to shoulder with chic restaurants and gastrobars, while the newly upgraded port area offers a range of international options and smart places to enjoy fresh seafood.

The exceptional catering school La Consula, (located a stone’s throw from the back of the airport) has nurtured many a local chef who has gone on to greatness in the gourmet world.  Patriotic to their beloved Malaga, chefs like Michelin-starred Dani Garcia have brought fame and a more upmarket vibe to the city’s gastro-scene, with his concepts La Moraga and Manzanilla bringing a newly contemporary edge to traditional Spanish cuisine.

Visitors looking for a sense of “real Spanish life” might enjoy a trip to nearby districts of Pedregalejo and El Palo, still enjoying life as traditional fishing communities with some of the best seafood in Spain on the menu.  Much fun can be had at Restaurant El Tintero in El Palo,  where in order to eat well, you must grab a plate of whatever the waiter has available as he is passing by – keep the plates though as there is no price list here, you just pay for the plates you took. 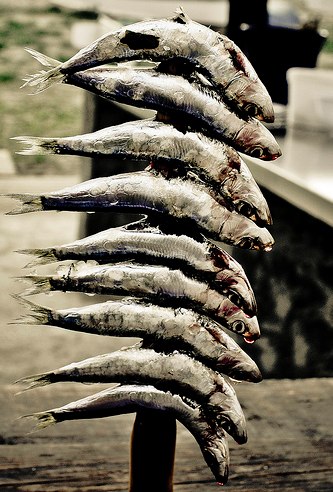 Malaga is very laid back when it comes to dining, but don´t expect to turn up for at your usual 6 or 7pm dinner time and expect things to be open, for the Malagueños that is still the middle of the afternoon!

One of the most surprising things about Malaga is the wealth of culture and history you can find in such a tiny radius of the historical centre.  The Roman ruins, amphitheatre, Alcazaba and Gibralfaro, and even the magnificent Cathedral with only one of two towers in homage to the war, are a complete feast for the senses.

The atmosphere in the city centre is like no other; no matter what time of year Malaga is a magical place to come and “pasear” (take a stroll)

Hotel bed occupation went up by a larger percentage than any other city in Spain in 2012 and with an exciting Art scene just about to get even bigger with the opening of the Fine Arts Museum, Malaga is a fine coastal city, brimming with very pleasant surprises for its visitors to enjoy.

The Malagueños are known for their open mindedness and humorous demeanors. They welcome the visitor, as tourists are still new kids on the block. The city is not plagued by tourist fatigue like other established tourist cities as could be the case with Barcelona. Visitors mix with the locals and once you pass the outer limits of the city centre, you will find a plethora of great places to visit between meals

If you should be lucky enough to visit in August, then the whole city comes alive with the famous Feria de Agosto – a 10 day long party of Flamenco, music, dancing, eating and drinking!  By night the feria moves to the specially built feria ground on the city outskirts and easily reached on the feria bus. Not to be missed!

Planning on traveling a bit longer? Why not check out our various tours throughout Spain! (Hint: we’ve also penned foodie’s guides to the best Portuguese cities, including Porto and Lisbon).