White Rioja: A story of redemption 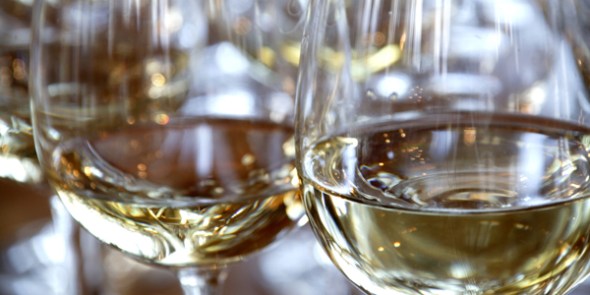 Editor’s Note: In the run up to the #EWBC (#DWCC) happening next week, Tara O’Leary, has placed the spotlight on what makes Rioja white wine such a treasure!

It’s not really surprising that, when playing a game of ‘word association’, the rapid fire answer to ‘Rioja’ would likely be ‘red wine’, considering it does account for more than 80% of the region’s production; but I would caution you not to dismiss the whites too easily.

White Rioja is a story of redemption; of the little guy who fights against oppression and subjugation and strives for recognition and appreciation and, with the aid of a few believers and ardent devotees, is gradually and quietly, finding its way back to our shop shelves, wine lists and dinner tables.

How is this resurgence happening? With a move away from the traditional oxidative, excessively oak aged wines of the past, towards clean, fresh, lightly or completely un-oaked versions that appeal to a broader market.

The conventional style of white Rioja, not surprisingly considering the reds, involves the a lot of oak ageing. Just as the reds are required by law to spend a specific amount of time in oak for each category, Crianza, Reserva and Gran Reserva, so are the whites albeit less time than the reds. The use of oak in white wines is polarizing amongst wine consumers, some love it (any fan of Burgundy), but most hate it, (thanks in part to the over-oaking-era of Australian Chardonnay).

Viura has always been the bastion of white grapes in Rioja, but Malvasia is a close second and particularly prized in traditional winemaking, given how easily it oxidizes. Sadly though, oxidized wines, whether in the form of white Rioja or their best representation as Sherry, are frequently misunderstood and therefore often underrated. Since interest in these conventional wines is all but nonexistent, the plantings and popularity of Malvasia have decreased greatly. 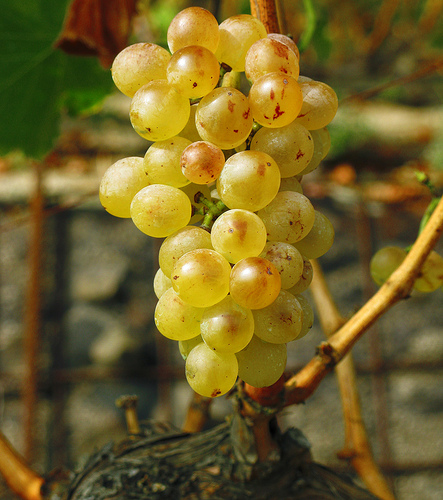 It’s hardly surprising that oak-aged, oxidized white Rioja isn’t at all popular with a wave of wine enthusiasts hooked on the aromatic zestiness of New Zealand Sauvignon Blanc. So, a few years ago, the region reacted and started cranking out inoffensive, simple, fresh and zesty Viura without a hint of oak.

In an effort to help increase the region’s ‘cool factor’, the Consejo Regulador in 2007 allowed for the inclusion of Chardonnay, Sauvignon Blanc and Verdejo to the blend (up to 49%) from the 2009 vintage.

Whilst these changes were made with every good intention, there has been substantial backlash from many producers. Proud Riojans have no desire for their wines to be homogenized and to become just another indistinguishable bottle on an overstocked shelf. And surely we, as consumers, don’t want that either. We’d much prefer for every bottle of white Rioja to represent the region and express the terroir just as much as the reds do.

But let’s face it, Viura is not a sexy grape. Even when known by its alias of Macabeo in the rest of Spain, Viura is not causing hearts to skip a beat. However it is perfectly suited to Rioja’s terroir and can, in the right hands, produce fresh, fruity, interesting wines, both with and without oak.

But Viura doesn’t have to hold the reputation of white Rioja solely on its pale, slight shoulders. In addition to the ubiquitous international varieties, there are several others, native to the region that can add some oomph and personality to the blend, including Garnacha Blanca, Tempranillo Blanco, Maturana Blanca and Turruntés (no relation to Torrontes of Argentina).

Perhaps the most exciting of these is Tempranillo Blanco for the simple reason that it was only discovered as recently as 1988!  A mutation of Tempranillo Tinto, it has yet to define its identity, but possesses good concentration of stone fruit, with high alcohol and intense aromas.

On the other side of the scale is Maturana Blanca which is the most ancient variety of the region, having first been referred to in 1622. It also has elevated alcohol levels, but is balanced by citrus fruit, herbal characters and complexity.

Both varieties, along with the cool-climate-loving, high acid Garnacha Blanca, and low alcohol, vegetal Turruntés, are individually imperfect, making them much better suited as blending partners for Viura. 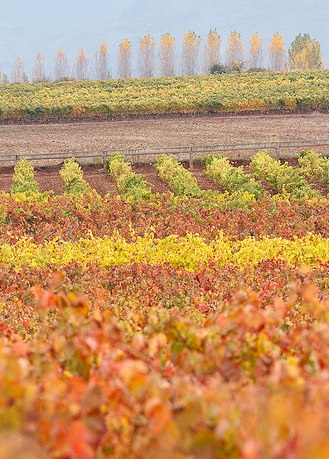 So perhaps there is a common ground between an unfashionable oaky, nutty style of wine and one so nondescript it loses all sense of place. And a few winemakers may have already have found the solution. These producers are fermenting the juice in old oak barrels and ageing the wines gently and briefly on the lees. This way, they’ve given us the confluence of native varieties and traditional use of oak, yet with a fresher feel, that is still an evocative expression of Rioja.

And yet, it seems we’ve been talking about the ‘revolution’ of white Rioja for some time, so has anything actually changed? Are more people actively seeking these wines? And are more producers actively seeking to provide them? The answer, currently, seems to be no.

The vignerons that are foraging the path of a contemporary approach to white Rioja are doing so out of personal interest and curiosity, not with the desire to set the world on fire. As for the wine consumer as a whole, they have yet to exhibit much of an interest in white Rioja.

But what is happening, is that general awareness is growing, through independent retailers who understand the wines and suggest them to their customers; through sommeliers whose list of white Rioja is often just as robust as the red, and through engaged wine lovers always interested to learn and expand their awareness and palates.  Will this, in fact, lead to a revolution? I’d say watch this space, but you might be here a while.

There are wine regions in Spain blowing everyone away with the quality of their whites (high-five, Rias Baixas!), and Rioja can certainly be one of them. Yes, the wines of Rioja can stand amongst the best made whites in the country. Yes, these wines can age beautifully and evolve from fresh and round to mellow and complex. And no, Rioja does not have to be defined solely by one colour, but can be revealed and appreciated through the unsung heroes in white.

Sales of white Rioja may not overtake, or even match, that of red any time soon, but it is for this exact reason that now is the time for us to pay attention and champion this dark horse of wine, so that we may be witness to the quiet climb of an underdog.

If you’re interested in touring Rioja, let Catavino help you!