Winemaker’s Take on the 2009 Harvest in Portugal 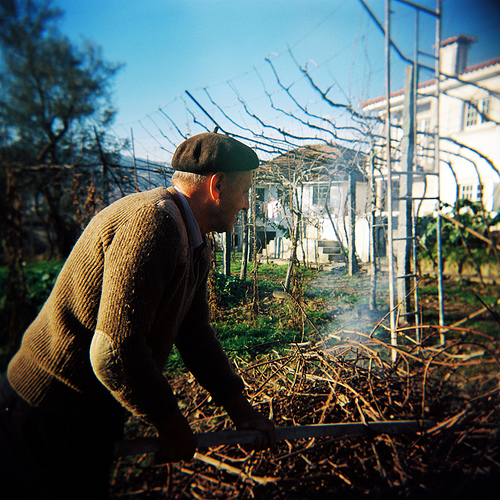 Good news! The 2009 Portuguese wine harvest is gushing positive reports, which only entices our eager palates to get our little mitts on some of its loot.

How did we hear this fabulous news through the Iberian grapevine?

Yesterday, Viniportugal provided us a summary of the 2009 climate conditions in Portugal, which were said to be warm with regular precipitation throughout the year, leading to a healthy and happy harvest. Production is up 9% from 2008 across Portugal, in large part due to the Azores and Peninsula de Setúbal regions which have seen an increase of production up to 25%.

Below are winemaker’s quotes by region giving you their take on how the 2009 harvest shaped up:

“Given the climate conditions this year, a Summer which started relatively fresh and warm, hot in the end, the quality of our grapes was pretty good. Maturation was good as well and we were able to obtain considerable levels of sugar and aromas in the wines produced. The production was, sort of speak, heterogeneous given the diversity of grapes in the region. I would say that in terms of production we had the same quantity as last year, maybe a slight increase in 1% or 2%.â€ (photo by nocas)

“2009 was an excellent year to produce whites with a nice level of sugar – acidity was higher than in 2008. The reds made of Baga grape present a higher quality compared to 1980. The hot days in September combined with regular precipitation levels allowed the Baga to maintain balanced acidity levels and a perfect maturation for a region characterised by its Atlantic weather. This will be a harvest in which the Baga will reach perfection and produce wonderful reds; we are expecting an excellent year in the region of Bairrada which is also celebrating 30 years of existence as a demarked region.
In terms of quantity we estimate a slight increase when compared to 2008 which was somewhat low especially regarding the production of whites.â€

“This year, the sanitary state of the grapes was very good, we had no problems in that department; we noticed, however, a decrease in wine production, around 15%. The high temperatures and the Sun in the end of August and beginning of September caused some dehydration, phenolic maturation somewhat heterogeneous and high alcohol levels in the grapes in the lowest parts of the region. In the highest parts of the region, these factors were less significant, resulting in more balanced and fruitier wines. As for the whites, we are expecting very interesting results. In the reds, the quality is very good, we are expecting wines slightly more alcoholic, full-bodied and with a nice aromatic expression. 2009 appears to be a reasonable year so we are expecting wonderful surprises!”

“The year of 2009 presented us with excellent climate conditions. The dry period in which the harvest was carried out allowed the grapes to be in perfect sanitary conditions. Although the percentage of the different grape varieties varies all over the country, the Touriga Nacional allowed us to produce more wines this year when compared to 2008. Even so the total amount of whites and reds does not differ so much from last year’s. In terms of quality I would say it varies between good and very good. Given the sanitary state of the grapes and the warm climate in which the process developed itself we predict fruitier colourful and balanced wines.â€

“Spring and Summer in 2009 were very dry seasons, there was some rain in May which caused some problems in the flowering and difficulties in producing some of the grape varieties, especially Tinta Roriz, with which we actually produced less wines. We noticed, however, an increase in production by ha; maturations happened faster than in 2008 due to these climate conditions. Wines present an excellent concentration in colour, more fruit, a higher balance and slightly lower levels of acidity, smoother and easier to drink. This is without a doubt an exceptional year regarding quality, higher than in 2008.” (Photo by prakhar)

“2009 was an atopic year. Summer started with normal temperatures for this season, which led us to believe the final cycle and maturation would be slow and balanced. But the high temperatures in mid August brought the unexpected and rushed the harvest period, thus causing a sudden increase in the alcohol levels even if the acidity levels pretty much remained the same. Generally speaking production suffered a decrease in about 20% when compared to 2008 due to the climatic instability during flowering. In terms of the sanitary conditions, the grapes revealed a high quality for sure. White wines present a very good quality, great balance between alcohol and acidity levels, fresh and fruity with a significant aromatic expression, especially whites produced with the Arinto and Verdelho grape varieties. Red wines present a good quality, in some cases even higher than usual; the slow maturation in July allowed the grapes to acquire fruitier aromas thus producing well-structured reds with firm tannins, still very smooth. Natural acidity does the final trick with a fresh sense in the mouth.”

“In terms of production I would say that this year the whites increased in 5%, the reds in 15%. We must point out that 2008 was very weak concerning production, the weakest in the last 9 years, I would say. In general the quality was very good both in the whites and reds, no sanitary problems in the grapes were identified. The whites present themselves fruitier and fresher, very similar to the ones we had last year; the reds matured, present a very intense colour, they are smooth and full-bodied.â€ It’s going to be a good year!â€ 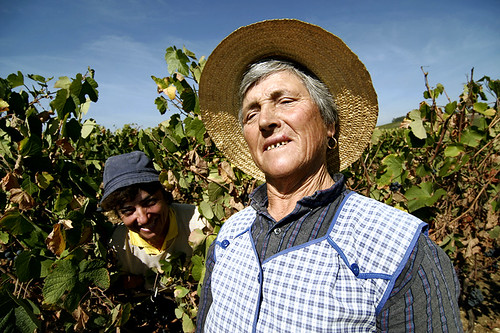 “Climate conditions throughout the year were stable during the vegetative cycle of the vineyards, temperatures were warm and there were no sanitary problems with the grapes. There was an increase in production of about 10% compared to 2008. I would say this is a good year in terms of quality, though not exceptional. At first sight it may be a bit lower than in 2008. The wines present a good structure, normal alcohol levels, fruitier and balanced.â€

“2009 was an exceptional year. The amount of wines produced is basically pretty much the same as last year. The whites and rosés have been evolving well in terms of quality. For the reds, it’s still a bit early to draw more concrete conclusions. Generally speaking I would say the wines are fruitier, extremely young and more ‘international’. ” (Photo by Paulgi)

If you’re a Portuguese winemaker and would like to share a report on your harvest with us, please don’t hesitate to do so in the comments below!