Wines from Valencia: A Collaborative Effort 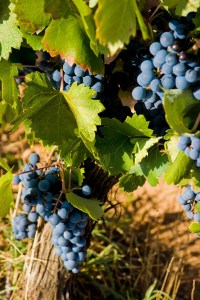 The other day, I received a press release that left me feeling strange. It spoke of a group consisting of 11 wineries from the political region of Valencia who were joining together to promote their region and their wines. Sounds nice, so why did I feel strange?

First and foremost, after living here for 6 years, and constantly hearing wineries say they won’t work with other wineries to sell more wine for fear that their neighbors might sell wine too, I have become a bit of a skeptic of collaborative efforts. Granted, there are few success stories, such as the Douro Boys; however, most collaborative efforts are by one company owning multiple brands and promoting themselves as “wineries working together”. Good examples include: Osborne, Vintae and Araex.

Secondarily, this PR came from a US based company, making me wonder which came first: the marketing strategy or the wineries? Now don’t think I don’t support this, because I do, but I’ve adopted a healthy skepticism as to its future success, considering that Spanish wineries tend isolate themselves. Plus, after a few email exchanges, I came to find out that of the  11 wineries working together, only 3 are currently exporting to the USA, where the initiative seems to have been born.

From their press release:

Wines From Valencia is a newly formed consortium of 11 wineries in the Valencia and Utiel-Requena regions of Spain. These wineries are producing interesting and delicious wines by young, savvy winemakers and wine owners utilizing the unique terroir of the area — salty air from the sea, an abundance of sun and soil rich in limestone and other minerals. Each winery is doing something unique in their own right — blending indigenous grapes like Bobal with Cab, Merlot and Syrah; making dry muscatel; experimenting with irrigation and grape leaf trimming; and harvesting late. The long harvest season (mid-Aug to December) yields a diversity of wines in the region: reds, whites, cavas, dry sweet wines, sparkling cavas, blends, 100% varietals. As a whole, the region is producing fresh and accessible wines that have remained largely undiscovered by wine connoisseurs – until now!

The wineries involved are:

Despite the fact that only Bodegas Enguera, Pago de Tharsys and Bodegas de Utiel, are currently being imported into the USA – by different importers, no less – each winery has been asked to promote just 2 of their wines for the US market. And when inquiring when the rest of the wines would be available in the USA, I received, “We’re working on it”. This leads me to question not only why these wines aren’t being promoted by the same importer, and under the same portfolio, but also what the consequences will be if they can’t find importers for the rest of the wineries.

I do hope this project is successful and can be an example to other wineries regarding the power of collaboration. Spain suffers from a lack of brand recognition due to a vague and cohesive message about its wines, and while this initiative spans to DO’s Utiel-Requena and Valencia, it could lead to a crisis induced shift in mentality when selling Spanish wine in a global market.