Wines of Alicante: The Eye-Catching Treasures of Spain 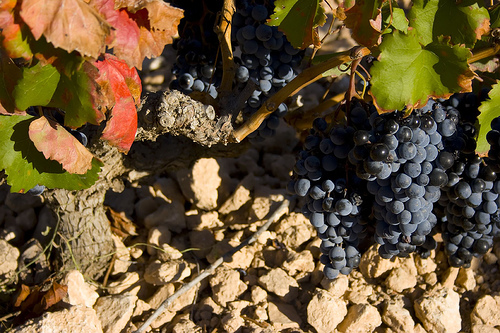 As a wine hobbyist among professionals and experts, I often feel that I have the advantage of being able to sit back and enjoy what comes to hand rather than having to analyze endlessly. Another privilege of the enthusiast, be it golf, sailing, ornithology or anything else, is the feeling that you can drop your subject into conversation to universal approval. We all know that this is not always the case, but while attending the Seville Book Fair in a professional capacity this week, I was out having tapas with some competitors (or as we like to say “people who share the same market space”) and from what started off as rather a stiff conversation, when I mentioned that I also did bits and pieces relating to wine, the head honcho of the other, Seville-based, company perked up no end. He asked me all about wines from the Valencia region, which he wasn’t very familiar with (though everyone seems to know Enrique Mendoza wines, which are appearing on smart wine lists everywhere), and the next thing I knew we were agreeing to send each other some wines.

This led me to point my computer towards a couple of online wine sellers when I got home to Valencia. I first visited Vinos-Valencianos, which I’ve browsed before but never bought from. It has an interesting array of bottles from all Valencian denominaciones de origen, but you can only buy unmixed cases of six, which is not what I wanted on this occasion (even if delivery is free).Â  I then went to Lavinia, which I have bought stuff from a few times before, but their regional offering was a bit high end (kicking off around the 20 euro mark and rising), which I wanted to avoid both out of meanness and to keep this as a personal rather than corporate exchange. I had a further look and ended up at Vinissimus, which was just what I wanted. You could mix your own selection and there were less expensive wines along with the luxury stuff. I picked a few in a hurry, and it was only when I’d finalized the order that I noticed that I was top-heavy on Alicante wines. My selection was:

I don’t know what the recipient will make of these wines, but looking again at what was a quick buying trip rather than a deeply thought-through selection, I think that it suggests that there’s a real buzz about Alicante, with winemakers and investors being drawn from all over Spain to join the party, and that DO Valencia may lagging behind its neighbours when it comes to eye-catching wines. It also strikes me that it is the thrusting new bodegas that have worked to get their wines into online wine stores. I’d have liked to include a traditional wine from a long-established bodega, maybe Raspay from Primitivo Quiles, but I couldn’t see anything along those lines. But what I put together isn’t a bad snapshot of what’s going on out there. A bit of bobal, plenty of monastrell, often in interesting conjunction with international varieties, red predominating over white, it could have done with a dry moscatel and a cava to give it greater range, but there you go. All in all, it’s a selection that I’d be happy to receive, and I hope it helps turn a business rival into a personal friend.