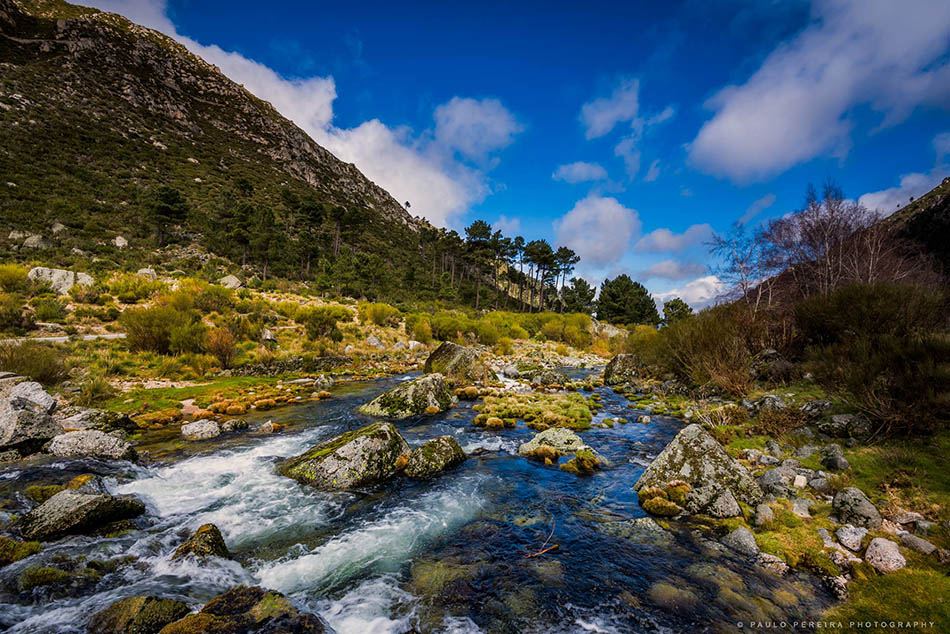 Editor’s Note: In Part II, we continue our travels through the Beira Baixa, pairing two area reds with a regional duck dish.

I enjoy reading wine labels, but I can’t ever recall a time when one jerked a tear out of me. But two bottles of red from Quinta dos Termos in the Beira Baixa region of Central Portugal have managed to do just that. There may be more personalized wine labels out there, but I have yet to lay eyes on such heartfelt words on the back of any bottle. Realizing there will be nuances lost in translation, the label on the 2005 Tinto Reserva, reads “Though it may be drinkable as of now, with pleasure, it will improve greatly with time in the bottle, gaining the complexity of the grand wines of this region, still undiscovered by the Portuguese.” My emotion is also likely influenced by my gut that these aren’t words merely to describe a wine and its region, but almost an outcry from an area of the country that’s often overlooked. It’s also the region where most of my family comes from.

In Part I, we touched on the challenges the Beira Baixa faces as it remains somewhat of an anomaly to the rest of the country, let alone the world. We pressed the parallels between this overlooked region and its undiscovered wines, which are denominated Beira Interior D.O.C. encompassing the three sub-regions of Castelo Rodrigo, Cova da Beira and Pinhel. In Part II, we’re delving deeper into the two Quinta dos Termos. We’ll also be pairing them with a rustic regional dish.

It’s a wine that today’s market would approve of, and despite originating in a “undiscovered” wine region, it certainly stands up to the most famed in Portugal. But it was the 2005 Tinto Reserva that entranced my tastebuds. Maybe because it tasted like I was truly discovering new flavors. In my case, it transported me back to the Beira Baixa with a mineral, salty quality I rarely find in a robust red. This might be attributed to the combo of the granite rich soils in the region and the higher percentage of local grapes in this particular blend. It’s a mix of the local Marufo grape (which has endless regional and national synonyms but is most commonly used in the Pinhel wine region of the Beira Baixa). Also in the blend is the local Rufete varietal, successful in the region as well, along with the Dao wine region Jaen (from neighboring Beira Alta) and Trincadeira Preta which does well throughout Portugal in general. I haven’t had the chance to try any of their whites, but when their oenologist Virgilio Loureiro (see Part I) was interviewed by the RTP network’s wine show “Hora de Baco,” he shared his excitement about whites made from the Beira Baixa indigenous “Fonte Cal” varietal. Whites, he said, that have the potential for aging.

The two reds paired very nicely with the regional dish of “Pato a Moda da Beira Baixa,” which was baked in a ceramic pot I purchased at Tucha Gift Shop, a Portuguese store on Ferry Street in Newark, New Jersey. The ceramic pot authenticated the experience, harking back to rustic cooking in villages like those in the Beira Baixa. (Too bad I don’t have a wood-burning oven to make it close to complete.) Ceramic pots conserve and distribute heat more efficiently at a lower temperature. It’s also an excellent way to seal in moisture that keeps tougher meat, like duck, tender.

Beira Baixa cuisine is heavily based on gamey meats and river fish. It’s common to find wild boar and squab on the menu, as well as elaborate recipes prepared using locally-raised lamb, goat, duck and rabbit. The baked dishes are by far my favorite (see duck recipe below). One of the more laborious recipes is the “Cabrito Estonado a Moda de Oleiros.” It’s also one of those “gastronomical one-of-a-kinds” I allude to in Part I. It requires submerging a young goat in boiling water, and peeling its coat as it softens without ripping the skin. Then the innards are removed through a small puncture and it’s left to dry overnight. It’s then seasoned and placed in the oven. The result is crackling crispy skin like that of the famous “Leitao a Moda da Bairrada” (roasted suckling pig from the Beira Litoral). There are also the hearty soups, ideal meals during the harsh winters, which have been perfected and marked with the “sugerelha” herb commonly used in this area. There’s even a soup festival in the village of Proenca-a-Velha, and next month there are several mushroom festivals. The festival in the village of Alcaide, in the county of Fundao, offers workshops and a bevy of other mushroom-related activities. A must-try is the Miscaros (a type of mushroom) with eggs and “Farinheira,” a wheat flour, pork fat and seasonings (like paprika) sausage. The historic Bed and Breakfast in Belmonte housed in an old convent dedicates part of its menu to local mushrooms with inventive recipes like the mushroom cappuccino.

The production of smoked sausages like the Farinheira (for commercial and home consumption) is also customary, following the annual “Matanca do Porco” (the killing of the pig) at the start of winter. In addition to the cheese from Serra da Estrela, there’s also the Castelo Branco cheese, the Amarelo da Beira Baixa and the Picante. Though it’s not uncommon to find Serra da Estrela cheese in America, it’s tougher to come across other Beira Baixa cheeses. (Check out Catavino’s Portuguese cheese report here) But try Murray’s in New York City, which sells the Amarelo da Beira Baixa that in 2009 was named the best cheese in the world (yes, the world) in a blind tasting held in the Big Apple. When in the Beira Baixa, you can learn more about the area’s cheese at the Cheese Museum in Covilha, which is also home to the University of the Beira Interior. Another treasure is the olive oil. The most recognized olive oil in Portugal and among the diaspora around the globe is generally from Tras-os-Montes, Ribatejo or Alentejo, but the olive oil of the Beira Baixa is also one of the DOP (protected origin stamp) olive oil-producing regions of the country, mostly using the “Galega” olive. In Belmonte, folks can visit the Olive Oil Museum.

Though there’s much more to explore in the Beira Baixa, such as the “most Portuguese village of the country” Monsanto, and its geo-restaurant “Petiscos & Granitos,” I wrap up our travels where we began in Belmonte at Quinta dos Termos with gratitude for the high-quality wines they’re producing, which serve not only to compete in the wine market but also to help put Beira Baixa on the map. It’s a brave new world for both the region’s wine producers, as well as, the pioneering families making the Beira Baixa their new home. 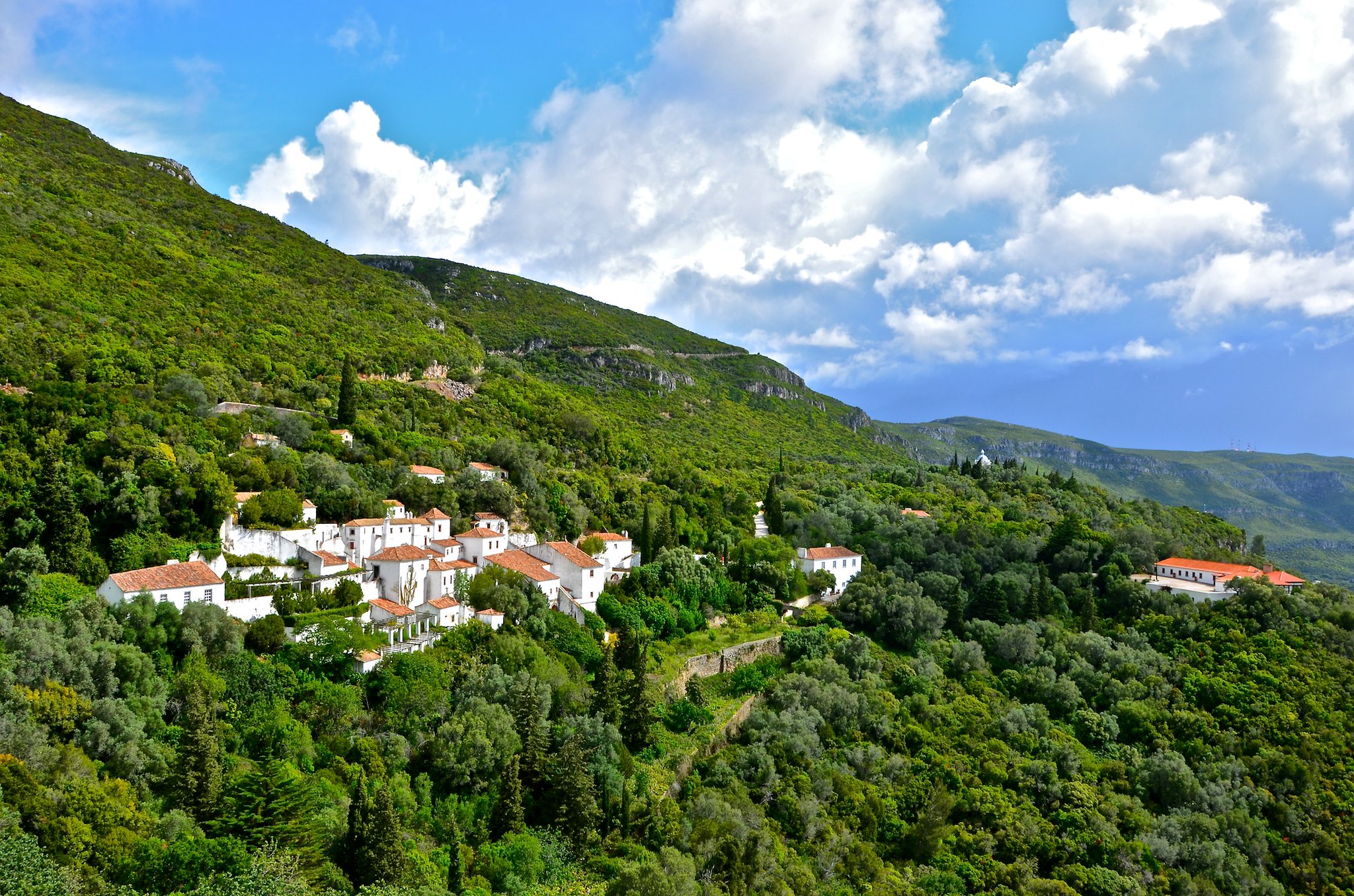