Portugal is for Lovers: Make It Your Romantic Getaway 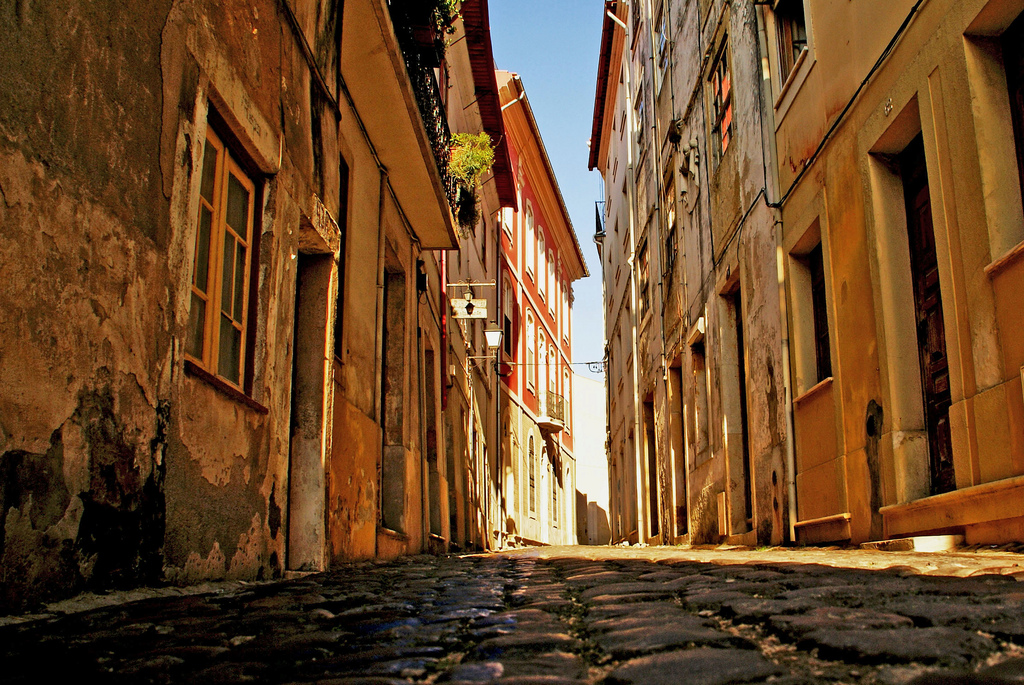 Have you heard of Prince Pedro and Inês de Castro? I’m assuming no…but you should! They’re Portugal’s real life star-crossed lovers. The two lived a forbidden affair that ended in tragedy. The backdrop to this story was the royal palace of Quinta das Lagrimas, today a luxury hotel. A stone’s throw from the charming city of Coimbra, this once-palace oozes romance. Portugal is indeed for lovers … (photo by JAIRO BD)

My four favorite spots won’t measure up to Quinta das Lagrimas in terms of romantic melodrama, but they’ll surely sweep lovers off their feet. These choices are also quite diverse, so there’s something for everyone. Sea, mountains, forests or rivers—we’ve got you covered (Note: unless you prefer to rent a car, you can take the train from Lisbon to cities where you can hop on a cab to your final destination):

An Atlantic View: Azenhas do Mar

Though the seaside town of Azenhas do Mar is only about 20 minutes from the über touristy, and insanely beautiful, village of Sintra (another excellent choice), it’ll feel as if you’ve traveled long distances to find this retreat. The town is tiny (about 800 residents), but its landscape is dramatic. Coastal bluffs give way to a breathtaking view. A particularly pretty setup is a restaurant, which bears the town’s name, that feels carved out of the cliffs. On the lower level, there’s a bar and a saltwater pool. It’s quite spectacular to watch the waves bursting passionately against the rocks. Couples that can get a reservation on the restaurant terrace are in for a memorable treat. The waves are energizing and the sunset is one of the loveliest I have ever seen. But even inside the restaurant, you can hear the roar of the waves from the slightly open windows that let in the salty breeze. The menu is inundated with fresh seafood (go for anything shell fish!) including “Percebes” (goose barnacles) that the restaurant owner catches at his doorstep. It’s a bit expensive (so are most of our other suggestions), but that’s the price you pay for romance! Colares wine country is nearby, so make sure to pair your meal with the area’s unique nectars. Getting there: Train from Lisbon to Sintra; cab to Azenhas do Mar.

In the Mountain: Monsanto

Have an outdoorsy lover that is a sucker for European villages? Then Monsanto in central-southern Portugal is a wonderful choice. Not only is it crowned Portugal’s most “typical village,” it’s also a regular on international best village lists. From the distance you’ll spot a blur of a village nestled into the mountain—that’s Monsanto! Greeted by Jurassic Park-esque boulders, you’ll wind your way to the top to find an open plaza, ideal to take in the sweeping landscape of this rugged region. This area is rife with exploration options (Neolithic parks and grottos; river beaches and spa baths; mountain climbing and hiking; and historic villages galore). Take your time discovering the nooks and crannies of this enchanting village, followed by a feast at Petiscos e Granitos (reservations recommended). Like most of the structures in Monsanto, the restaurant has been carved into gigantic moss-covered boulders. On its two-level terrace, you’ll be surrounded by walls of bedrock with a magnificent view of the land. The food is comforting—start with mountain cheese followed by robust dishes (game meats, grilled chops and roasted octopus are favorites). Pair them with local Beira Interior wines. Getting there: Train from Lisbon to Castelo Branco; cab to Monsanto. (photo by Rosino)

Into the Forest: Bussaco Palace Hotel

This palace isn’t associated with any star-crossed lovers, but it’s by far one of the most romantic settings in Portugal. Constructed in Portuguese late Gothic (Manueline Gothic), you’ll get lost in stone-carved roses, twisted ropes and lacy arches. Tip: Before catching your cab in Coimbra, pick up a few bottles of the area’s champagne-style wine—“Espumante da Bairrada.” Sips of this wine while viewing the gardens and forests of Bossaco from your room window will undoubtedly up the romance-o-meter! Bussaco’s forest is as full of history as it is of trees. The monks that ran it planted all sorts of tree species from seeds that Portuguese navigators brought back from their discoveries around the world. This magical forest is lush with cypress, planes, evergreen oaks, cork and tons of other unique tree species. The Royal Restaurant (once the dining hall of kings and queens) puts a gourmet twist on local flavors. Bussaco also makes its own wine, aged in an ancient cellar on site. Brunch on the outdoor veranda is a must; the tables are set under a stone vaulted roof with views to the formal garden. Getting there: Train from Lisbon to Coimbra; cab to Bussaco.

On the River: The Yeatman Hotel

You could head straight to The Yeatman in Vila Nova de Gaia, home to the city’s prized Port wine lodges. Or, you can stroll through Porto’s riverbank district (“A Ribeira”), take the street elevator to the top, and from the iconic Dom Luís I Bridge see how the Douro River connects these two cities. Once you’ve pieced it together, it’s time to take in one of the top views in Europe. It’s incredibly romantic to cuddle up inside one of the cushioned alcoves peppered throughout the hotel terrace, while sipping Port with the city that inspired its name spread out magically in front of you. It’s also perfect for smooching! It doesn’t end there … The Yeatman serves up its signature views at its Michelin Star restaurant featuring 25,000 bottles on the wine list. The stunning views are also a highlight of the wine-named suites and the swimming pool, listed number ONE  in Europe. Getting there: Two options. 1. Train from Lisbon to Porto; cab to The Yeatman. 2. Skip Lisbon, fly directly to Porto; cab to The Yeatman.

Now go and get your lovin’ on …